New Year's Day now is the accepted time to make your regular annual good resolutions. Next week you can begin paving hell with them as usual.  Mark Twain 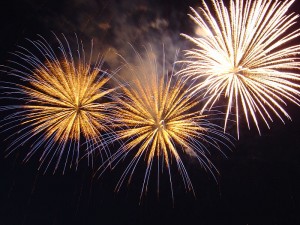 It seems to be an unwritten rule that all blogs review their top stories for 2012.  In preparation for doing the same, I decided to check out the many blogs that I follow to see if there were any parallels. I found something that so disturbed me that I decided to review that first before the rest of our stories.

This was one of our major stories of 2012. Link. It was this post that spurred us on to create E Church. TWW wrote a post in March of this year discussing the increasing numbers of people who declare themselves “nones” when it comes to religious affiliation.  This number has doubled in the last 20 years. However, we noted that 40% of self-identified "nones" still held onto their faith. They just did not want to be part of the church culture.In this post, TWW noted that this dramatic increase in the "nones" occurred with the rise of hyper-authoritarian leadership, complementarianism, and the Calvinistas.

Imagine my surprise (or should I say dismay) when I saw the following assessment from Collin Hansen, the managing editor of The Gospel Coalition's website and presumably the man in the know for TGCs viewpoints on life. In his post on the top ten theological stories of 2012 link, he had this to say.

Seeking explanations of trends, we tend to prefer simple narratives that confirm our biases. So as surveys reveal the sharp rise of the "nones," those who claim no religious affiliation, and national elections favor candidates touting liberal credentials on social issues, culture watchers already wary of the Religious Right read the eulogy for Christianity in America. Even evangelicals worry over our lost influence. Has the country left us behind? Or, as Ross Douthat has written, has Christianity rotted from within?

Maybe both. The truth, I suspect, is more complicated. Theologically liberal mainline Protestantism has hemorrhaged members to the "nones" category. So has cultural Catholicism and even nominal evangelicalism, especially the Baptist variety in the South. But the question remains: can smaller but thriving Protestant reform movements, from charismatic to Calvinist, stave off the decline and reinvigorate the church with passion to save the nones?

Let me say this in another way. He blames the mainline churches, the "cultural" Catholics and "nominal evangelicals" especially of the Baptist variety in the South. His solution: the Calvinistas!

In the meantime, these organizations have not dealt in any practical way with the strange views on domestic abuse and pedophilia within the church. Oh, there have been "me too" statements about these issues. But, there has been a deafening silence when victim after victim have come forward in groups like Sovereign Grace Ministries. In the meantime, this "ministry" has been welcomed, with open arms, into the sphere of SBTS and Al Mohler.

As one who is on the outside of the SBC and the Reformed movements, I have only one thing to say. Collin Hansen, you are missing the boat. It is time to look within your own "movement." There is plenty there that has contributed to the rise of the "nones." Non-Reformed Baptists, especially in the South-look out. You are the new bogey man of the Calvinistas, causing people to bolt from the faith.

I was a bit surprised to discover that Mark Driscoll was the subject of the most number of posts on TWW. From the post in which Bent Myer broke his silence here along with his friend Paul Petry here to Driscoll's arrogant treatment of the British church here, the year started off with a bang. Add to it the insiders look at the church discipline process at Mars Hill here and his ridiculous book on sex.  TWW called for Mark Driscoll to step down from Acts 29 here. Imagine our surprise when he did just that just a short time later. However, never fear. Driscoll cannot keep his mouth shut and called Queen Esther a slut here.

Unless Driscoll gets some help, we predict that 2013 will bring us more of the same. However, we do think our readers should realize that John Piper looooooooves Mark Driscoll's theology, so all is well, right?

John Piper-issues weird statements on his way out as pastor.

Piper has let the world know that he has special insight into the mind of God by letting us know the specific reasons that God causes tornados and bridge collapses here. He told us that Christianity has a masculine feel here and that muscular women give him the willies here. Although women cannot read the Bible out loud from the pulpit in his church, they should not fear. He says women do not have to ask their husbands' permission to go to the bathroom here, prompting many churches to start selling Charmin as a fundraiser.

Where to begin…Well, as long as CJ Mahaney and SGM are around, TWW will never want for stories. Given the revelations of this past year, that is a very, very sad statement. The Ambassadors of Reconciliation pooped out and issued a silly missive that a few things need to change at SGM but all is well.This report will serve as a reminder that AOR is beholden to the ones who hire them and that happens to be the pastors/elders. Average church goer- caveat emptor here.

CJ and gang took off for greener pastures in Louisville, under the protective wings of SBTS and Al Mohler. We predict that this move will cause Mohler no end of trouble. We wonder if Mohler will ever live down his dismissal of the abuse allegations in SGM here.

As an aside, a couple of years ago, here, Deb did some research and found that CJ Mahaney and SGM were giving a significant sum of money to SBTS. At that time, we predicted that SGM would move to Louisville, put the Pastors College under SBTS and would merge SGM into the SBC. People thought we were nuts. Warning: never, ever doubt your glamorous blog queens.

Brent Detweiler released years of saved documents that cast a gloomy light on the machinations of the leadership of SGM. A number of SGM churches have left the fold, including the mother ship, Covenant Life Church, showing a permanent split between Joshua Harris and CJ Mahaney. Who would have predicted this?

However, there is a looming firestorm. In October, SGM was sideswiped by a class action lawsuit here. Several families have accused the ministry of mishandling issues of abuse. Since that time, TWW and Julie Anne Smith have been contacted by families involved in this lawsuit. We plan to begin posting stories of the abused, some of which have not yet been heard. If you think the already posted stories are difficult to read, you will not believe what is coming down the road.

TWW has a prime directive and that is to emphasize the pain and suffering of victims of abuse. We will not apologize for taking up the cause of those who have been deeply wounded.

In the meantime, The Gospel Coalition, Al Mohler and SBTS, and a host of other CJ Mahaney fan clubs continue to ignore the lawsuit. Day 66!

We plan to offer the first story on Wednesday.

TWW covered a number of stories surrounding this horrible crime. Dee and a friend, whose son had encountered a pedophile, actively intervened in getting a pedophile to move out of the neighborhood in which he abused children. He had returned to that neighborhood after a prison sentence here.

Tom White of the Voice of the Martyrs, committed suicide after being accused of molesting a young girl here. What surprised us was the vehemence of his defenders who continue to claim he could not have done it. Some Christians seem to think that some Christians, especially leaders, are immune from sin.

The Household of Faith churches, headed by Joshua Harris's  (CLC pastor) dad were also involved in a terrible pedophile scandal which has taken on an international interest since the pastor, and most of his family, fled the country here.

We featured a story in which Doug Wilson presided over a marriage of a convicted pedophile here. However the biggest splash occurred when Dee, showing The Gospel Coalition's devotion to all things Doug Wilson, posted a link to a post by Jared Wilson here that ignited a firestorm on the internet. Here is that comment.

When we quarrel with the way the world is, we find that the world has ways of getting back at us. In other words, however we try, the sexual act cannot be made into an egalitarian pleasuring party. A man penetrates, conquers, colonizes, plants. A woman receives, surrenders, accepts. [emphasis mine] This is of course offensive to all egalitarians, and so our culture has rebelled against the concept of authority and submission in marriage. This means that we have sought to suppress the concepts of authority and submission as they relate to the marriage bed.

Doug Wilson seems to have Mark Driscoll's penchant for causing controversy and we expect to hear more from him in the coming year.

Dee was able to meet with Justin Lee of the Gay Christian Network and then write a series looking at the issues surrounding gay Christians. I will forever be grateful to Justin who helped me to see the face of the people instead of the debate here. Our own Brad Sargeant also weighed in with his unique and transparent story here. Thank you, Brad. This series generated an incredible number of comments and hits.

The largest number of comments for any one post was achieved by our guest post, Old JohnJ, on the issue of fraud and young earth creationism here.  Congratulations, John!

The second largest number of comments was in response to a post dealing with Rachel Held Evans book, A Year of Biblical Womanhood link and link. All of our posts dealing with the issue of gender roles generated large numbers of comments. It is also notable that Mary Kassian states that complementarianism has nothing to do with homemaking, leaving all of us to wonder exactly what it does involve, beyond no women pastors/elders and the husbands always get the tie breaking vote.This confusion will continue to dominate 2013.

TWW offers "covering" for women at a nominal cost here.

We want to thank Wade Burleson for allowing us to respond to those who need a grace filled "almost church." We have never met a more loving pastor. Associated Baptist Press did a story on our community here

The Story of the Year-Julie Anne Smith Prevails After Being Sued by Her Pastor.

Whoo hoo! Once again, free speech is upheld by the courts. Perhaps pastors and churches should take note. When pastors jump up and down, screaming "look at me," they should not be surprised when the public does look and does not like what they see. Blogging is changing the face of today's churches and pastors and leaders must adjust, instead of trying to get people to shut up.

Finally to all our readers, we are so grateful that you would spend your precious time with us. Yesterday, while singing hymns in church, I prayed for you by your nom de plumes. Bill asked me why I had tears in my eyes. I told him that I really care about you guys! You are never, ever taken for granted.