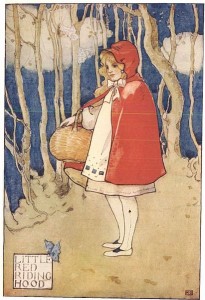 Sovereign Grace Ministries may have headed to the greener pastures of Kentucky, but it appears they left some unfinished business behind.  Earlier today news broke that three female victims have come forward with their testimonies of sexual abuse when they were young.  If you have been a follower of TWW, none of this will come as a surprise.

"Three female plaintiffs claim in a lawsuit filed Wednesday that an evangelical church group covered up allegations of sexual abuse against children, failed to report accusations of misconduct to the police and discouraged its members from cooperating with law enforcement.

The lawsuit was filed in Maryland state court against Sovereign Grace Ministries, a 30-year-old family of churches, with about 100 congregations…

The plaintiffs allege a conspiracy spanning more than two decades to conceal sexual abuse committed by church members. The alleged abuse happened in Maryland and northern Virginia in the 1980s and 1990s. The lawsuit accuses church representatives of permitting suspected pedophiles to interact with children, supplying them with free legal advice to avoid prosecution and forcing victims to meet with and “forgive” the person that had molested them."

According to WTOP, which covers news in the Washington, D.C. area:

"The lawsuit centers on allegations of three female plaintiffs, each identified by pseudonyms to protect their anonymity.

One of the three plaintiffs, a high school student in Virginia, alleges she was sexually assaulted when she was 3 years old and that the mother of the boy who abused her revealed the molestation to the church. But church officials discouraged her family from reporting the allegations to police and, instead, repeatedly interviewed the alleged abuser and worked with him and his mother to determine how best to prevent any prosecution and publicity regarding the abuse.

"Each time a pastor in Sovereign Grace Ministries chose to put the reputation of his church first by using his position to enable a pedophile to avoid appropriate criminal justice, that pastor jeopardized the safety and well- being of all children," the child's mother said Wednesday.

The Associated Press does not generally identify possible victims of sexual abuse, and is not naming the mother to avoid identifying her daughter.

A second plaintiff, a college student in Maryland, says she was sexually abused as a toddler by a church member. She says the pastor scolded her parents after they called police and then tipped off the accused that he had been reported. She says her parents were instructed to bring her to a meeting with her alleged abuser so they could be "reconciled," but that she was "visibly scared and crawled under the chair" after being brought into the same room with him.

The third plaintiff says her adoptive father, a member of the church, sexually abused her older sister for three and a half years. She says the church warned her mother not to pursue a prosecution, then kicked the family out of the church and denied the children reduced tuition to school. The man was ultimately prosecuted and imprisoned, the lawsuit says."

WJLA, the ABC affiliate in the Washington, D.C. area, reveals the following:

"The suit only covers alleged abuse that occurred in Maryland in northern Virginia, but the church has faced scrutiny on other occasions for its handling of sexual abuse claims, and Susan Burke, a lawyer representing the three plaintiffs, said there are other alleged victims prepared to join a class-action suit.

For instance, an April report by a non-profit Lutheran mediation group that studied the church for nine months found that while church leaders showed "care and concern" about sex abuse allegations, a number of people interviewed felt the claims were handled irresponsibly and were left with "disappointments and hurts."

The lawsuit faults the church's "Home Group" structure, in which children are provided with day care so their parents can attend services, as fostering a poorly supervised environment that enabled the abuse to occur."

The plaintiffs in the lawsuit are represented by Susan L. Burke, a highly regarded attorney who providentially moved her firm from Philadelphia to Washington, D.C. in 2009.  Here are some stunning excerpts from her bio:

– "For the past ten years, Susan has been AV-rated by Martindale, the highest peer review rating available.  Susan received her J.D. degree from Catholic University in 1987, where she won the Faculty Award for having the highest academic average. She graduated from Georgetown University’s School of Foreign Service, where she majored in international law and politics."

– "Ms. Burke is spearheading a nationwide series of lawsuits designed to reform the manner in which the military prosecutes rape and sexual assault.  Her work on this project is the subject of a documentary premiering at Sundance called The Invisible War."

Dee and I did extensive investigation on Sovereign Grace Ministries before we ever started blogging, and we were reading stories about alleged sexual abuse and cover-ups back in 2008.  Our primary concern is to always care for the victims.  Furthermore, our prime directive is that our readers should show great concern for those who have been victimized by an autocratic system like SGM.

Here are several of our previous posts, which demonstrate what we consider to be fundamental problems within the ministry.

The Gospel Coalition:  C.J. Mahaney is Adored While Pain in the Pew Continues in Sovereign Grace Ministries (link)

Confessions of an SGM Pastor (link)

Perhaps the Penn State/Sandusky debacle has given courage to those who have been hurt in the SGM ranks.  Our prayers go out to them as they courageously take on their abusers as well as an abusive church system.

In response to this breaking news, Sovereign Grace Ministries has issued the following press release:

LOUISVILLE, KENTUCKY – Today, Sovereign Grace Ministries Director of Finance and Administration, Tommy Hill, released the statement below regarding a reported lawsuit on October 17, 2012:

In tomorrow's post Dee and I will editorialize on this terribly important matter affecting Sovereign Grace Ministries, and we will also bring you updates on this highly publicized news story.