"It contains a misleading impression, not a lie. It was being economical with the truth." Robert Armstrong 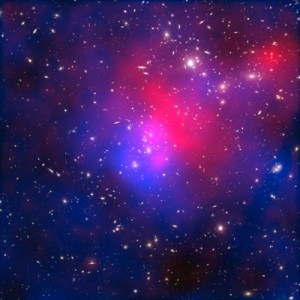 Today TWW hits the road to meet with a former member of Sovereign Grace Ministries. This discussion, along with others, will result in some posts in the near future. We would ask our readers to pray for those children, individuals and families who were deeply wounded by their experiences in this organization. Please read their various stories which you can link to at the top of our home page. As things heat up in 2013, a working knowledge of these heart-wrenching stories will help you to keep up with the developing lawsuit. We predict that this story may be the biggest religious story, both nationally and internationally, in next year.

We will be gone for the entire day and will be not be able to interact on the blog in any significant way until this evening.

As our regular readers know, Dee likes to explore the creationism wars. The following post was written by John Jarvis who previously wrote a TWW post on creationism, A Tip of the Hat to a Young Earth Scientist and the Biologos President link. John is a TWW reader and describes himself as :

Old John J, now retired, received at Ph.D. in experimental physics from Duke in 1967 and made computer science his career."

This post explores the claims, by some, that there is widespread fraud in the science world. Then, Dr Jarvis turns his attention to the Young Earth community and explores the possibility of fraud there, as well. The discussion becomes technical when he reviews radiometric dating. But, the information provided is essential for even a rudimentary understanding of the debate. Besides, we are convinced that the TWW community is amongst the most well read in the Christian blogosphere. The time spent in understanding this information will be well worth the effort.

TWW is grateful that "Old John J" would grace our pages with a post, once again. Thank you!

Exposure of fraud by, and in, the scientific community

Answers in Genesis uses scientific fraud as an argument supporting their young earth creation (YEC) claims. Try entering the word "fraud" in their site search! Of course fraud is possible in science as there is great pressure on researchers to publish. Career advancement and research supporting grants depend on getting research results published. In this post fraud in the hard sciences (physics, astronomy, chemistry, biology) is the focus.

A recent study published in the Proceedings of the National Academy of Sciences “Misconduct accounts for the majority of retracted scientific publications” indicates 2047 biomedical and life sciences papers indexed by PubMed had been retracted. Approximately 2/3 of the retractions were due to misconduct: fraud, plagiarism,,duplicate publication. The full article is behind a paywall but the abstract  link can be read.

PubMed is an indexing service provided by the NIH containing approximately 22,000,000 citations. Thus the retraction rate is about 1 out of every 10700 indexed articles. Science comments on this study in the Oct 5, 2011 issue indicating they had the most retractions, 70 in the past 40 years. An online version of the Science article link study that also includes a link to the PNAS article abstract. Retractions can be instigated by either the journal or the article authors.

A spectacular example of fraud in the hard sciences is the Jan Hendrik Schon affair link http://en.wikipedia.org/wiki/Hendrik_Schoen , more thoroughly documented in the book Plastic Fantastic: How the Biggest Fraud in Physics Shook the Scientific World, Eugenie Samuel Reich, Macmillan 2009, ISBN 978-0-230-62384-2.

Reproducibility is the key

Very briefly, spectacular breakthroughs claimed in the field of semiconductor sciences were ultimately shown to be fraudulent. Lack of reproducibility of published results was a major part of uncovering this fraud. The Wikipedia article indicates that this affair lead to retraction of 8 articles published in SCIENCE and many others in first rank journals, revocation of a major award and also revocation of his doctorate. The sanctions received by Schon amount to a professional death sentence.

Fraud in science is costly to both the guilty individual and the discipline as a whole.  Lack of reproducibility is a major part of the
self policing done by science. Reproducing results occurs naturally and proportionally to the importance of the claimed result and is inherent in the hard sciences. However, unnecessary replication forced by charges of fraud is expensive and often time consuming as it entails repeating much of the original research in a lab not involved in the published research. The difficulty of establishing fraud in “soft” sciences based on “finds” is the theme of Paul Maier's novel A Skeleton in God's Closet. (editor's note: TWW reviewed this great book here.)

Could there be a similar propensity to mislead in the Young Earth community?

The second example of fraud comes from the Answers in Genesis  (AIG) website, specifically the article Does Radiometric Dating Prove the Earth Is Old? link (DRDP)  that purports to show that radiometric dating does not support the conventionally claimed age of the Earth as approximately 4.5 billion years.

Radiometric dating is firmly established as a reliable method of determining the age of many different kinds of minerals and clearly can
be considered a part of the hard sciences. An excellent introductory discussion of the technique including refutation of many of the
criticisms brought by YEC supporters is Radiometric Dating, A Christian Perspective link The ASA, American Scientific Affiliation, is an organization of professional scientists who are Christians.

The basic assumptions made to use this method are uniformity of the properties of each isotope (nuclei that have the same number of protons and same number of neutrons) and the long term constancy of these properties. That here is half life for a quantity of a particular radioactive isotope is a consequence of the basic assumptions and is measured. An alternate statement of these assumptions is that each atom of a particular radioactive isotope has the same probability of decaying in a specified interval of time. This latter statement is sufficient to allow the derivation of the decay equation used to calculate the age of a sample from a knowledge of the quantities of parent and daughter nuclides found in a rock sample. These assumptions can be considered as consequences of quantum mechanics. Obviously, great experimental care has to be employed because of the complexity and variety of materials that can be dated. A significant real world complication is the presence of daughter isotopes that are
not due to the decay of the parent.

The cited AIG web page, DRDP, draws heavily on the Radioisotopes and the Age of the Earth  (RATE) project supported by the Institute for Creation Research and the Creation Research Society. This project is the centerpiece of the YEC arguments challenging the 4.5 billion year estimate of the Earth's age. DRDP quotes age determinations using 4 different radiometric methods for two US sites made on samples collected by the RATE project. An un-cited age from the literature is also given for each location and is labeled the “accepted” value. The claim made is that the differences between the various ages for each location are so large that no value can be attached to them. They are “discordant”. No explanation, discussion or definition of exactly what discordance is or what would constitute good agreement is given.

The other set of RATE data is from the Bass Rapids Sill formation in the Grand Canyon and the presumably referenced conference paper, DRDP reference 8, is available from AIG: http://www.answersingenesis.org/articles/aid/v5/n1/radioisotopes-in-diabase-sill-at-bassrapids  (RDSB). Ten ages are given, each appearing to be an average of several values, using 4 different radioisotope series computed with an isocron dating method, a technique used to correct for the presence of nonradiogenic daughter isotopes. The average age of the 10 values is 1166 million years and the ages have a standard deviation of 181 million years. Compare the RATE data mean to the accepted age of 1075 million years. The difference is 91 million years, about half of the Bass Rapids samples standard deviation, with the RATE data about 8% higher than the accepted value.

RDSB, echoed by DRDP, actually present radiometric age data that support the consensus scientific age of the Earth. The standard deviations (often referred to as sigma) are in the 10% range, not the factor of almost a million that would bring radiometric ages into agreement with YEC claims. The two AIG web pages then present “conclusions” arguing without any recourse to additional experimental data that the radiometric dating methods are flawed and contain unrecognized, by the science community, flaws. Unlike the age determinations where much data and comprehensive charts are given there is absolutely no quantitative information stated to justify these conclusions. This, in my opinion, is the fraud in YEC age of the Earth claims. The lack of relevance between of the age determinations presented to the conclusions put forth is the biggest reason why such a paper (RDSB) cannot be a scientific paper.

Another favorite contention of YEC is the Noachian Flood as cause of major geological features of the Earth such as the Grand Canyon. There is delicious irony in RDSB showing an ancient age for the Grand Canyon rocks. YEC claims are not even internally consistent let alone consistent with either their own or accepted science.The ASA provides extensive analysis and discussion of the RATE project starting at the overview page link.

For YEC supporters to sustain their claim of a young Earth (6000-10000) years there are just two options. The first is to invalidate by accepted scientific methods a sufficient number of published age determinations that the experimental methods used are called into question. The second is to show from fundamental physics that the dating methods are theoretically flawed. To be considered valid any such claims would have to be accepted by the scientific community, that is published in recognized journals. But what we have in the two articles, DRDP and RDSB, is data that is a general confirmation of the science based ages followed by claims that have no basis in either the data presented or the physical processes claimed.

The PubMed retraction study and the Schoen affair mentioned in the first example of fraud demonstrate effective self policing by the science community of its standards for accuracy, correctness and intellectual honesty. What, if any, are the accuracy, correctness and intellectual honesty standards for YEC science claims and is there any enforcement of them?

Exodus 20:16 is the ninth of the Ten Commandments. I'll leave it as an exercise for the reader to explain why purposeful fraud in the YEC presentation of their version of science is not bearing false witness.