“As a general rule, I would say that human beings never behave more badly toward one another than when they believe they are protecting God.”
― Barbara Brown Taylor, Leaving Church: A Memoir of Faith link 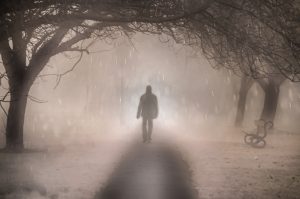 (This is a permanent page. It is subject to updates and corrections without notice.)

In the United States, you are allowed to resign from a church whenever you wish to do so, no matter what your covenant, church constitution or designated church leader says, even if you are under church discipline.

Your membership in the church is voluntary according to the law. You may end a voluntary relationship at any time. Churches can get into legal trouble if they attempt to ignore your resignation and/or they attempt to pursue you or discipline you in absentia after you have officially resigned from a church.

In this post, Did Southern Baptist and Southeastern Baptist Theological Seminaries Replicate a Hotel California at Heritage Bible Chapel in Princeton, MA?, we outlined a well known case we was settled in favor of a woman who resigned from a church.

Churches which pursue members after they have resigned can be in hot water.

In Karen Hinkley's situation which is discussed in this post, Church Discipline and Abuse, The Village Church's actions were so egregious that we were contacted by a number of attorneys who were interested in taking on the case. There is little question that had Karen not accepted Matt Chandler's apology, a large lawsuit would have been brought against the church.

In our post Churches Attempting to Force Mediation and Limit Members’ Right to Resign Under Discipline™, churches are attempting to work their way around the law that allows for voluntary termination. However, churches have a problem. They cannot or will not describe to a potential member what the church will discipline or not discipline. A blanket statement "we practice church discipline" is too broad for any reasonable individual to understand what is meant. Therefore, members may continue to resign at any time from a church.

How to resign if you are not under discipline.

When you resign, you have no guarantee that the church will not  retroactively place you under church discipline. This is what happened to Hinkley See Church Discipline and Abuse. Also, if you have resigned "nicely" and they pursue you, you may need to send the harsher letter found under the section "How to resign If you are under church discipline."

We give special thanks to Arce, who knows a thing or two, for sending this format to TWW

2. We do not recommend that you meet with the church leadership after sending this letter.

On a number of occasions, people have been asked to come into the church for a meeting with a pastor(s) and elder(s). We have received reports that these meetings are often difficult, with church leaders demanding that the resigned person seek their permission to the leave the church. They may also demand proof of seeking church membership at an approved church.

These meetings often lead to retroactive church discipline or harsh words since some in leadership believe that they own you, not unlike an indentured servant since you signed their contract. Remember, you are not responsible for their feelings about your departure. Do not take their anger or disappointment personally. That is their problem.

We suggest responding to a request for a meeting in a letter like this. Again, send this letter via certified mail.

Date
Dear Pastor Joe
Unfortunately, this is an inconvenient time for us to plan a meeting. We wish the church well and thank you for your interest.
Your name

Unfortunately, this is a time for you to play hardball. We know it is hard and empathize. However, keep the goal of leaving the church with minimum damage before you. Remember, when you joined the church, you had no idea what kind of men were running the church. They may have seemed nice in the beginning but grew increasingly authoritarian, often disciplining people for ill defined reasons such as *disrespect* for authority, asking too many questions, causing divisiveness, failure to support the *vision,* asking about finances, a matter of conscience, etc.

No, you are not going crazy. This sort of thing happens frequently and keeps TWW in business.

Here is the letter your must send in this instance.

We give special thanks to Arce, who knows a thing or two, for sending this format to TWW

This letter is notice that I am not longer a member [attendee] at _______________ church, effective with the date of this letter.
As a non-member, I am no longer subject to any of your discipline as of (date on letter). After (date on letter), any publication, notice, or speaking about me by any church staff or recognized church leader is no longer authorized by me.
Any negative remark or statement about me, any encouragement that people shun me, or any action other than deleting me from your records will be evaluated for possible legal action for libel or other tort claim against the individuals involved and the organization.
If any one asks about me, refer them to me, any other action may result in a tort claim against you.
YOU HAVE BEEN WARNED. You must desist from any act that may harm my reputation or me or come between me and other persons of my acquaintance. Legal action may ensue.
Sincerely,

What to do after it is over.

If you attend a new church, do not tell the pastor or other members of your experience at the previous church for a prolonged period of time.

Pastors talk with each other and are prone to believe the story of another pastor over the story of a mere church attendee. (Dee learned this the hard way). This directly violates Jesus’ admonition to not show favoritism but that is a story for another time. Also, be aware that some pastors often repeat those things told to them in confidence.

If a pastor reports your “sins” to a new church after receiving your letter of resignation, seek legal advice.

Consider remaining a non-member in a new church, especially in the short term.

Most churches allow nonmembers to participate in most activities except for voting and church leadership. Also, they will be most happy to accept your donations and your willingness to volunteer ion church clean up day.

You know the red flags after your experience, so go slowly. There are good churches with kind pastors out there but sometimes if takes awhile to find one.

We have heard just about everything and we are willing to support you during this time.We also have lots of readers who have gone through such an ordeal. If you are going through this as you read these words, know that you are not alone and that we care.

Keep this in mind. Even if your church abuses you when you resign, the church is not Jesus. You are deeply loved by Him even if the church treats you like an indentured servant.

Here are some links to TWW posts on resigning from a church.

9Marks and Grace to You: You Dumb Sheep Can’t Last Without an Approved™ Church to Protect You

9Marks and Church Discipline at SEBTS: What About Case Studies?