“So often survivors have had their experiences denied, trivialized, or distorted. Writing is an important avenue for healing because it gives you the opportunity to define your own reality. You can say: This did happen to me. It was that bad. It was the fault & responsibility of the adult. I was—and am—innocent.” The Courage to Heal by Ellen Bass & Laura Davis” link 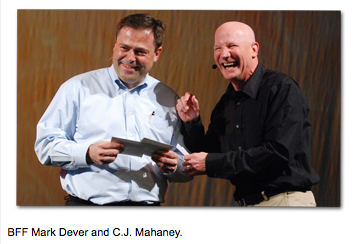 Always distrust any church that speaks of church discipline and refuses to qualify what and how various *sins* will be punished.

Church Discipline Is Ill-Defined: (This is my favorite post in defining the issue.)

If *Simil Justus et Peccator;* Then What Should the Church Discipline?

Steve Estes and His Boys (aka *Elders*) excommunicated the wife for not following their *authority* but Steve's little boy is walking in repentance.

Did you ever consider that church discipline could be used to protect a man who points a gun at his wife?

Surely, you might say, this is just a mistake. Maybe Steve Estes and his merry men were just stupid or stressed out?

If this is what you think, then you would be wrong. Not only is Steve an old guy like your adorable blog queens, but he teaches young and impressionable seminary students at Westminster Theological Seminary. Guess what he teaches? It ain't "How to make money from church potlucks." He teaches Practical Theology.

Imagine the exam essays. "Give the 10 steps it takes to cover for your abusing son." Or "How to excommunicated your innocent daughter in law in three easy steps." Today, I left a couple of messages at Westminster and plan to follow-up on them tomorrow. I want to know whether Westminster believes that women should stay married to men who threaten them with guns and choke holds. Maybe it is found somewhere in the Westminster statement of beliefs?

Caveat Emptor from the Deebs: Do not sign any membership covenant until you know exactly what the guys in charge will discipline. Remember, your pastors and elders are sinful.

The Deebs, along with many others, are opposed to membership covenants because they are primarily used to protect the church from lawsuits when churches do stupid and abusive things as seen in this story. Never forget that your pastors and elders are just as sinful as the guy sitting next to you and are capable of doing some really bad things. Going to seminary does not seem to prevent pastors from being jerks. Remember, Steve Estes teaches how to apply theology and look how he applied *theology* at his church.

Also, keep in mind that some pastors might deny that these contracts are legal documents. Do not be deceived. Just wait until some incident happens. Suddenly, the pastors and the boys will realize what a gem they have had the people sign.

You can get out of these contracts. The United States government recognizes your right to resign from a voluntary organization. Recently, one woman was concerned about the direction of her church. She resigned her membership prior to any problems. She now attends the church as a nonmember while trying to figure out a way to get her husband to leave. This is a church which you would recognize.

Where did this emphasis on discipline begin?

Below, find a reprint of a post written by Todd Wilhelm who looks at 9Marks influence on church discipline as found in today's authority driven churches. I also highly recommend the link in his post to a great article from 2013 When Church Discipline Is Sin.

It appears that the cries of the rock-throwing peasants are being heard by the royalty inside the safe haven of Capitol Hill Baptist Church.  You will recall that Mark Dever, Senior Pastor of CHBC, and his lieutenant, Jonathan Leeman, run a para-church organization called 9Marks.  Billed as an organization that “exists to equip church leaders with a biblical vision and practical resources for displaying God’s glory to the nations through healthy churches,” they trumpet 9 items that a healthy church must be doing to display “God’s glory.”  I could list all nine for you, but will refrain from doing so. It is my observation that you really only need to be familiar with two of the nine marks,  the other seven are mainly window dressing. I am sure the dynamic duo, pictured below, would strongly disagree with me, but they can make their case at their breakout session of the T4G conference.

What are the 2Marks? Membership and discipline, discipline and more discipline.  Did I mention discipline?  Membership is important only because you can’t very easily discipline a non-member.  (Although I wouldn’t put it past Leeman to turn some new ground by writing a book on that subject.)

Tired of the seemingly endless parade of mangled people resulting from the application of Dever and Leeman’s ceaseless teaching on discipline (may I refer to the tandem as “Deeman” to save keystrokes?), we rock-throwing peasants have tagged their organization with the moniker of “9Marx.” Much to the chagrin of Deeman, the moniker has caught on and there seems to be a groundswell among the proletariat of opposition to the heavy-handed application of discipline by Deeman’s disciples.

Realizing their fiefdom is in danger of being toppled, or, more likely, facing a dwindling revenue stream, Deeman has cleverly decided to diffuse the uprising by good-naturedly poking fun at themselves.  They will be conducting a breakout session utilizing the 9Marx moniker.

Mark Dever & Jonathan Leeman: Breakout Session II at T4G 2016 from Together for the Gospel (T4G) on Vimeo.

Dever admits that he and Leeman may be numbered among the “stupid pastors” who unwisely implement discipline, drawing lines in the wrong places, etc. (This may be as close to an admission of guilt for Dever allowing CJ Mahaney to flee to CHBC to escape discipline at Covenant Life Church, Mahaney’s home church that we will ever see.) Dever’s allowing Mahaney to flee to his church was to totally undermine everything he teaches on discipline, but, as the Wartburg Watch stated: “Mark Dever continues to support CJ Mahaney who is the best example of failed church discipline that exists. That is the problem. You see, church discipline is only for the little people.”

Two things bother me in this video.  First is Dever’s attempt to blame most discipline problems on young, overly zealous, unwise 25-year-old pastors.  While I have no doubt that there are many young pastors who are wreaking havoc in their churches by implementing Deeman’s model of church discipline, there have been numerous cases of older, experienced pastors also misapplying church discipline.   Chief among these is Matt Chandler. His church was about to discipline a woman who returned from the mission field and sought an annulment of her marriage because she discovered her husband was a pedophile. Facing a certain lawsuit, Chandler wised up and apologized to the woman.   More recently we have seen the horrible handling by pastor Ken Ramey of a child rape case.   Need I mention CJ Mahaney or Mark Driscoll?  I also have a good friend who was excommunicated from my former church, UCCD, in what can only be classified as a total miscarriage of justice.  Fortunately for UCCD, my friend is much more gracious than the pastor and asked me not to go public with his story. The pastor of UCCD? John Folmar, a man who was mentored by Mark Dever and served as an assistant pastor at CHBC for several years.

The second thing that bothered me was Leeman’s flippant comment at the end “that we are all in a learning process of how to do theses things well.”  Really?  How many more lives must you and your disciples ruin in your learning process, Mr. Leeman?  I pray that  on behalf of those on the receiving end of your disciplinary process that you quickly come to the realization that your process doesn’t work.