Religion is a very scary thing, because a pastor is in a position of power. And if you use that power badly, you ruin people's lives, and you ruin your own life. -Eugene H. Peterson link 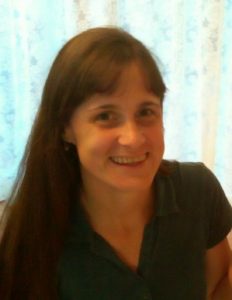 A few weeks ago, I cold called the city editor of the Sentinel & Enterprise News. It is the local newspaper that covers the region in which Heritage Bible Church is located. After describing the situation, I asked him if he might be interested in covering the story. He remarked that if my narrative proved true, any newspaper would be interested in publishing it. (Take note church leaders.)

With Marie's permission, I forwarded all of the relevant documents. The rest is history. It is my hope that church leaders will begin to understand that church abuse and harassment (which they term *love*) is not conducive in representing the gospel which they claim to serve.

Here is the link to Irreconcilable differences — with her church. Here are a couple of quotes.

Despite her break with the church — and even after her lawyer sent two cease-and-desist letters asking church officials to stop contacting her — she received a letter from the church's elders that said, in part, "if you will not re-engage in conversation or repent of your own sinful response then we are called to continue to pursue you."

Two weeks later Cochrell responded saying the church would not accept her resignation.

"The covenant that you entered into when you became a member does not permit you to resign during circumstances such as these," he responded in an email Notcheva provided to the Sentinel & Enterprise. "We hope it is plain for you to see that the reason we don't permit resignation under duress is so that we don't get thwarted in helping people who need help."

Marie's story is getting the attention that it deserves. Churches with ill trained, authoritarian and legally naive pastors would do well to take notice.

TWW is so proud of you, Marie!