Last year I wrote several articles about BattleCreek Church (consisting of several campuses in the Tulsa, OK area) and their Senior Pastor, Alex Himaya. (Those articles may be viewed here, here, here.) In one of those articles I highlighted a company named “Generis.” This company, according to their website, works to “Accelerate Generosity Towards God-Inspired Vision.” In plain english they are a group of professionals that assist churches increase revenue through the implementation of slick giving campaigns.

One of the  Generis employees is Julie Bullock. She is obviously an intelligent, high energy individual and is praised by her colleagues and customers alike. Bullock is a member of Alex Himaya’s BattleCreek Church and, as of a year ago, she was also a member of Himaya’s Pastor’s Council.

Bullock, along with her colleagues at Generis, undoubtedly designed BattleCreek’s “All In” giving campaign. This campaign is not unique to BattleCreek Church. Later in this article I will show you an example of another church that also hired Generis to help them raise funds for a new church building utilizing Generis’ “All In” campaign.

Due to Alex Himaya’s exceptional skill as a public speaker and salesman, combined with Julie Bulllock’s expertise, last year’s “All In” campaign at BattleCreek Church was highly successful. Alex Himaya’s goal for the “All In” campaign was to obtain pledges from church members totaling $50,000,000 to be donated over a two year period. When the pledges were tallied up they amounted to nearly $51,000,000!

What was BattleCreek Church raising all that money for?  Well, their plans for the money were spelled out in a slick booklet they distributed to all members. Below is a screenshot from that booklet. Notice that they plan on expanding the “capacity at several of our Tulsa area campuses.” Included is an artist’s rendering of what the expansion might look like at the Broken Arrow campus. 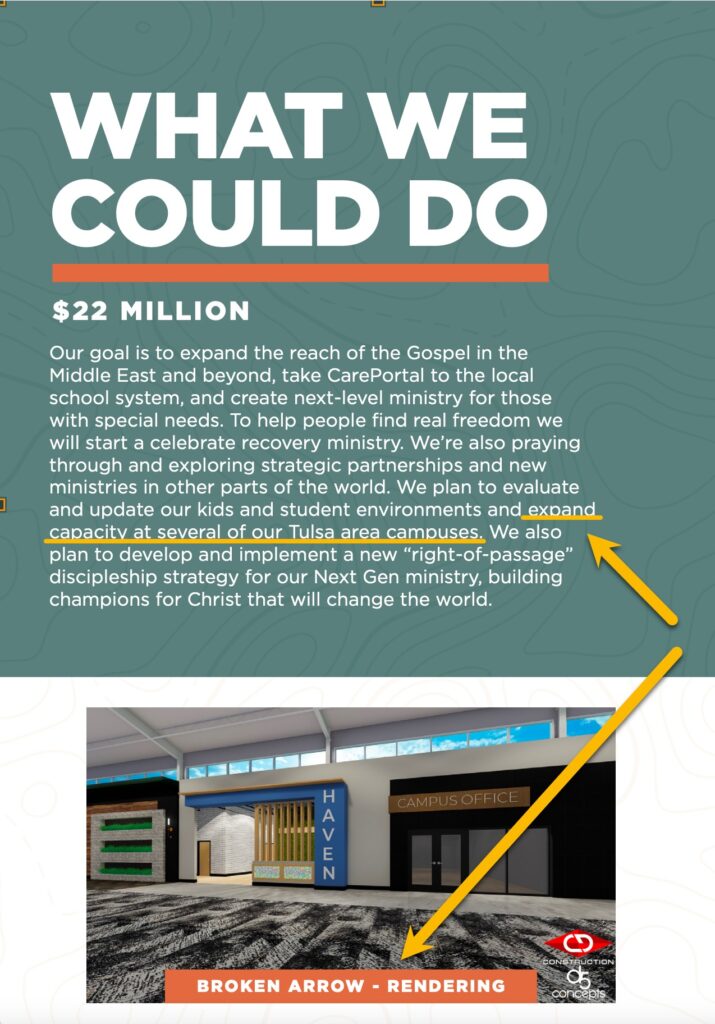 In another screenshot it’s made even clearer that in year one of the “All In” campaign one of the projects to be funded was “Broken Arrow Capacity Increase.” Broken Arrow Campus is the largest of BattleCreek Church’s campuses and it is Himaya’s home campus. 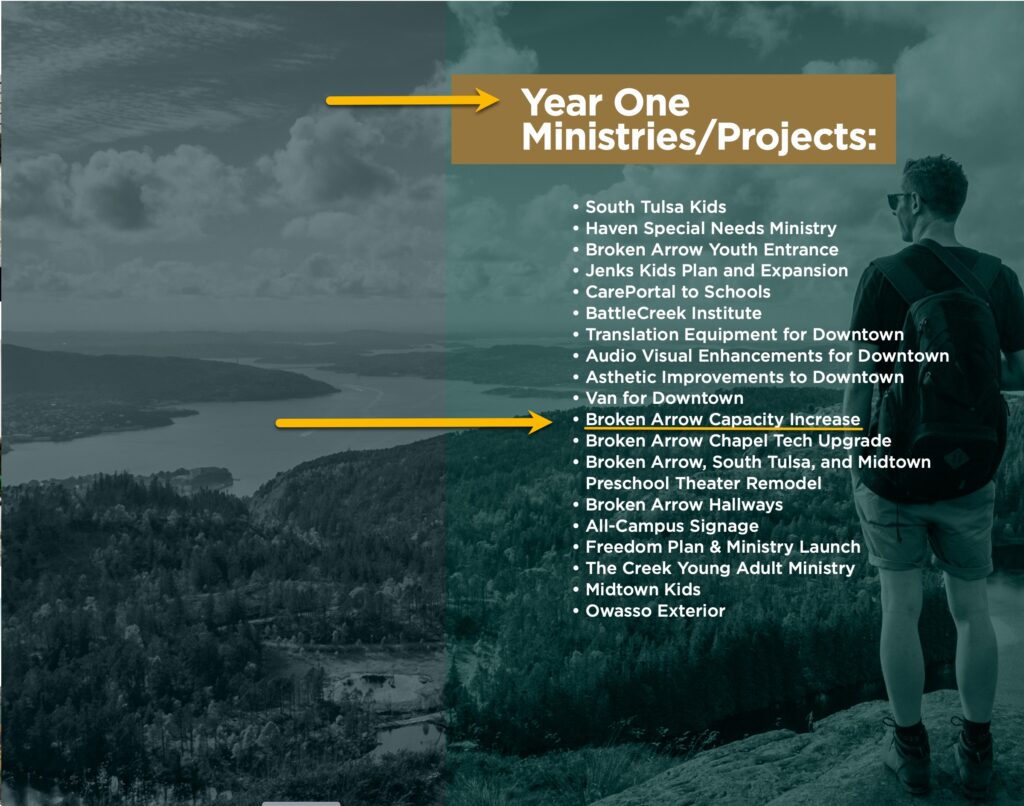 I don’t doubt that the Broken Arrow campus needs to enlarge their building. It was made clear that the Broken Arrow “Capacity Increase” would be funded out of the $50,000,000 dollars pledged one year ago, at the beginning of the “All In” campaign. But in this video Himaya appears to be pulling a fast one on church members.  They need to dig even deeper and pledge another $5,000,000 so they can increase capacity at Broken Arrow!

I honestly don’t know how people can attend a church that continually hits them up for money.  In the past year these folks at BattleCreek Church have endured 10 or 11 sermons cajoling them into going “All In” and “Above All” in their giving.  I have not listened to all Himaya’s talks in the past year, but if I did I would guess many of them besides the 10-11 specific giving campaign talks are laced with pleas to give sacrificially. 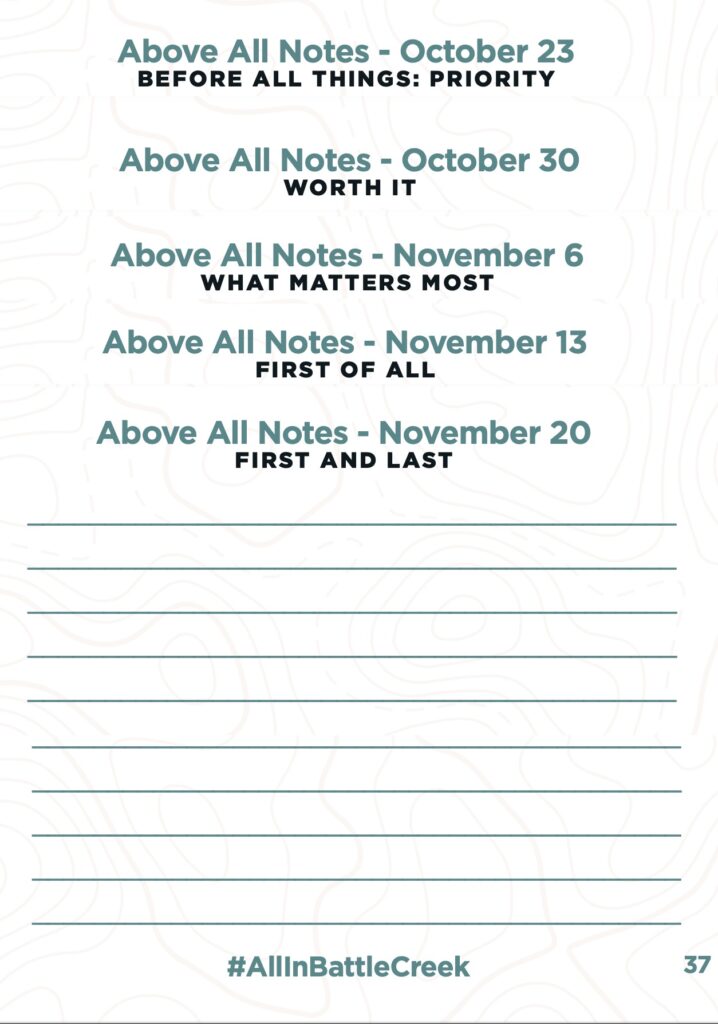 As I conducted research for this story I found something amazing. This phase two “Above All” appears to be part of the master scheme of the fundraising program orchestrated by Generis. I’m no prophet (or is that profit?) but I predict there will be a phase three to this program in another year. Maybe it will be called “All in All.” What makes me think this? I found another church in Fenton, MO (a suburb of St. Louis) called Connect Church. They started their “All In” program in 2020 – one year ahead of BattleCreek Church.  Guess what? They had 3 phases to their program. The purpose of their program was to raise enough money to construct a new building. One year into the program they claimed that due to inflation they needed people to dig deeper and give even more money.  They closed out their two-year program with a six sermon series called “The Last Inning” in which they urged their members to finish strong.

So it seems like Generis has determined that the best way to raise money is to have a big initial push for pledges and then keep the money coming in by having a mid-term and close-out push to keep giving, increase your giving, or if you are new make a pledge and join the program. This makes sense. If you have a big initial drive and then say nothing else for two years there is a good chance people will lose interest and quit giving.

It just seems a bit deceptive to me. It sounds like something a Robert Tilton or Jesse Duplantis would do… on second thought, these days Southern Baptist Churches aren’t a whole lot different. 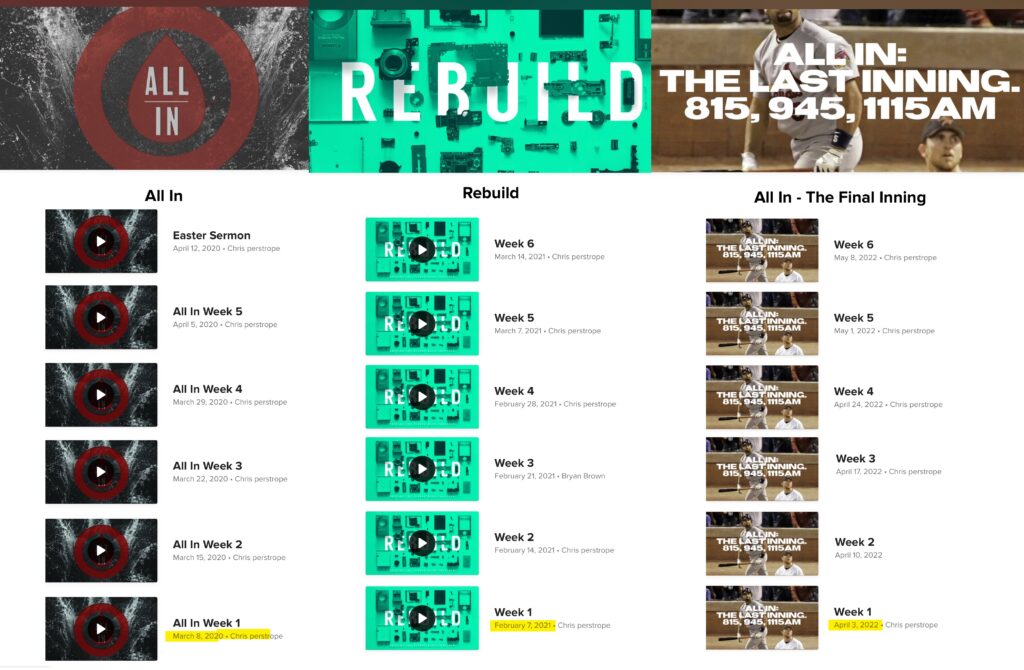