For readers unfamiliar with PJ Smyth scandal I will begin with several articles that will help bring you up to speed. 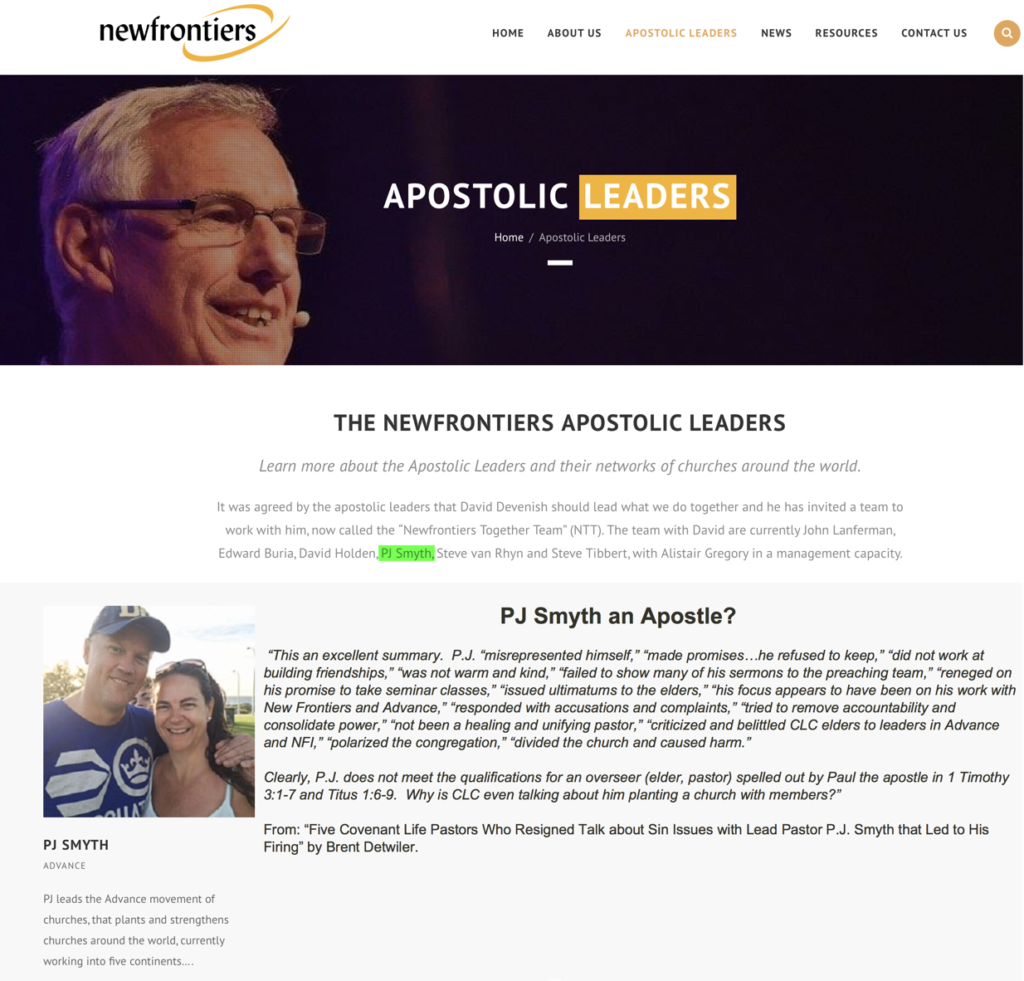 We last heard of P.J. Smyth in June 2021. Advance Movement announced they  were conducting an investigation of Smyth and he had voluntarily stepped down from his role as pastor at Monument Church in Gaithersburg, MD and his apostleship in Advance Movement. 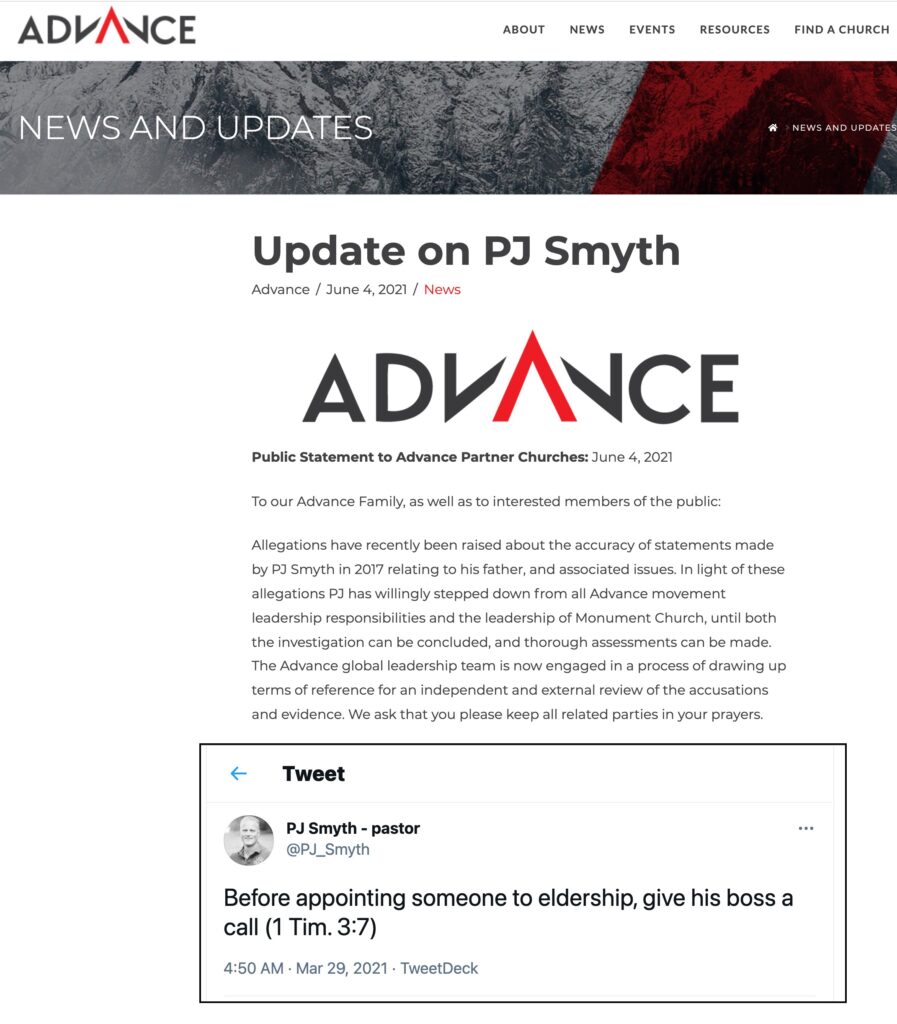 The investigation was carried out by Wade Mullen, a man I highly respect.  Mullen’s report was made public in December 2021. 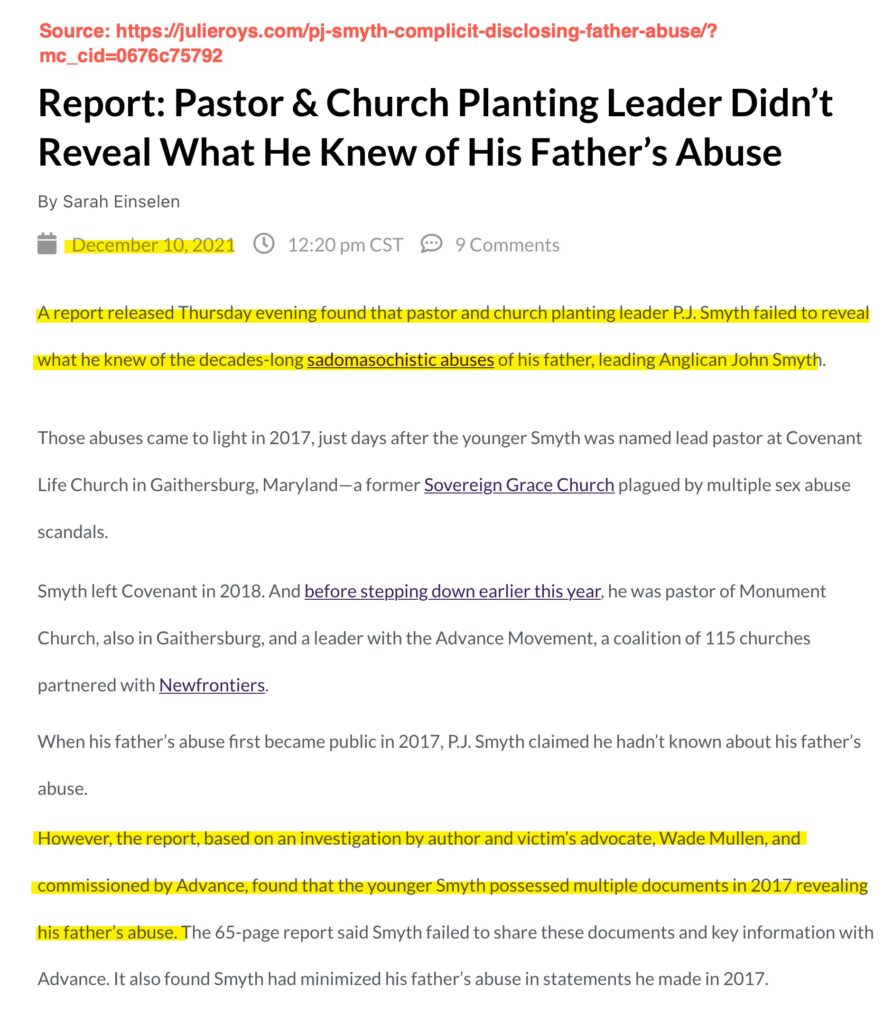 The report referred to in the above article from the JulieRoys.com website has been deleted from the Advance Movement website, but I have saved a copy on SCRIBD.  It’s a lengthy read and it would be easier for you to read it on the Scribd site, accessed by clicking the tab below.

The end result of the study was PJ Smyth was removed from ministry with hopes that he would undergo “a formal process of restoration” which Advance Movement leadership hoped would see him restored to the ministry. 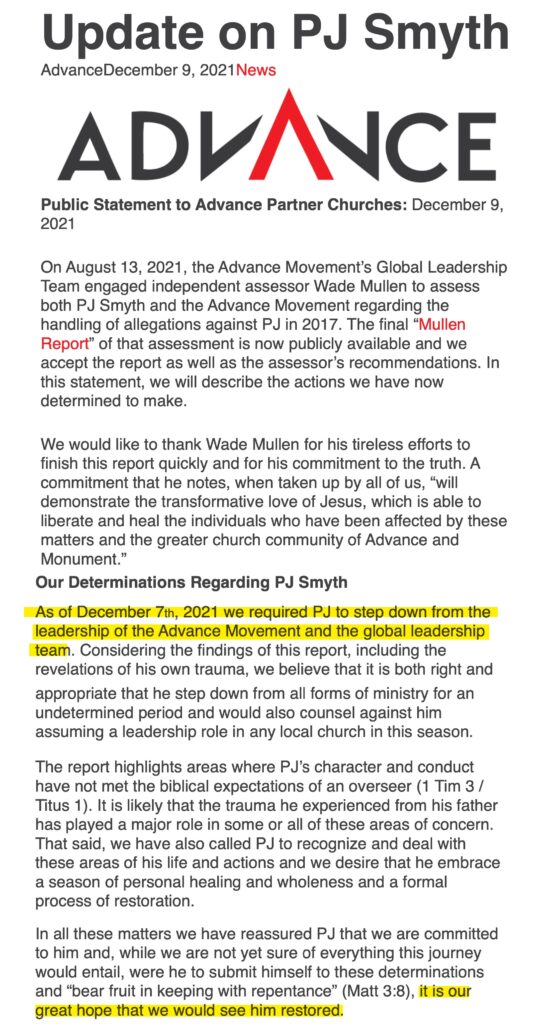 So PJ Smyth has basically been off the grid for the past 18 months. From time to time I would check to see if he had reappeared – I expected him to be restored to ministry in 6-12 months because that is what seems to always occur, no matter how grievous the sins of the celebrity preacher.

Today I once again checked to see if Smyth had reappeared and my search was rewarded. To my amazement Smyth had sold his home in Gaithersburg, MD in March 2022 for around $700K and in April 2022 paid cash for a home in San Antonio, TX priced around $350K.

I obviously have no idea what has transpired in the Smyth’s life the past 18 months – whether he has attempted to travel the restoration path to ministry or decided to move on and find a new career.

As I was taught in my Sovereign Grace days, I like to believe the best about others, so when I discovered Smyth has started a new career in the Medical Health industry I truly thought “good for him.” I, along with many others have always said, yes, there is forgiveness for pastors who have committed grievous sins, but that doesn’t mean they should be restored to ministry.  Smyth is only the second pastor I have written about that has moved on to a different career. If this has come about from true repentance and humility I say “kudos to you, PJ Smyth.”

Below is what I have found on PJ Smyth and his new career. 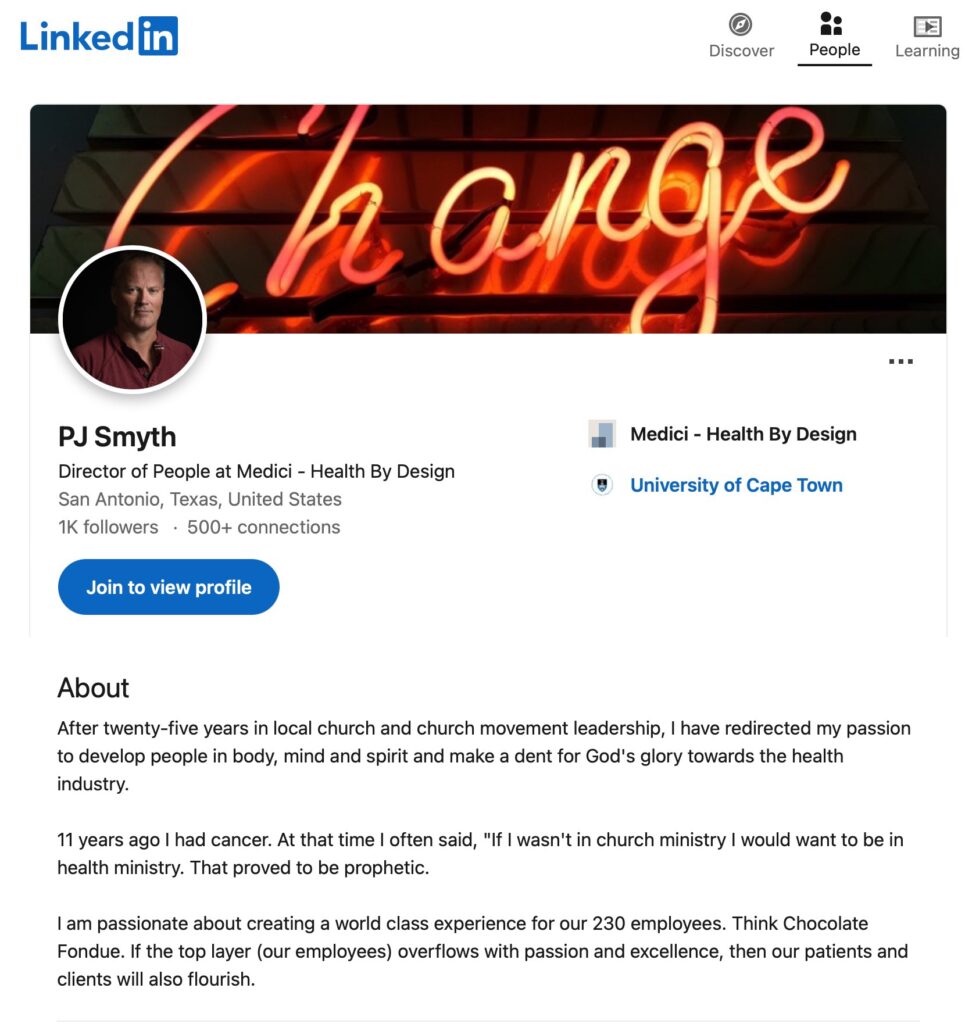 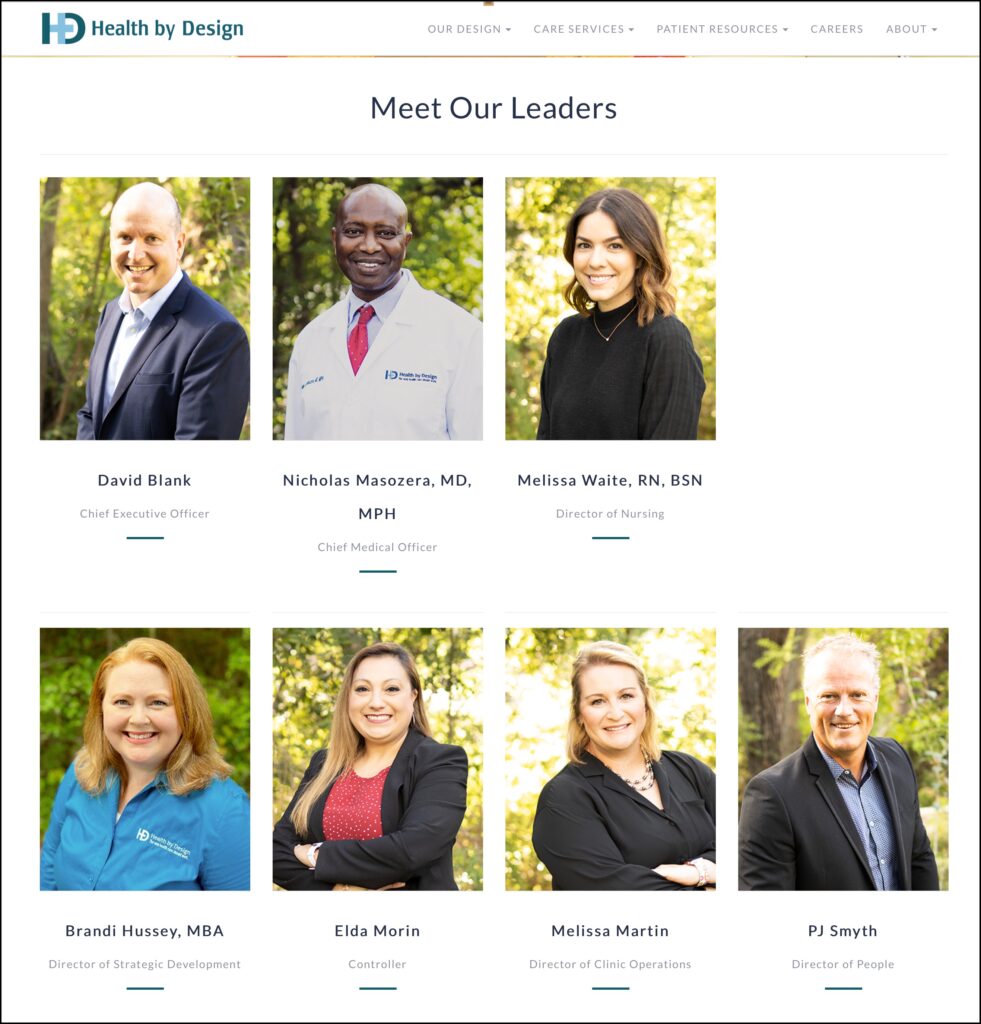