When I last left the “Peeing Pastor,” Daniel Chalmers, he was fresh off a red-eye flight from Las Vegas to Detroit. From there he planned on boarding a connecting flight to Raleigh-Durham where the man of God and his prophetess wife, Shara, were on staff at “Catch On Fire Church” (sic) in Raleigh. (Having recently left Bethel Church in Redding, CA and moved to Raleigh, NC in response to a prophecy that Raleigh was where God would next be pouring out His Spirit.)

Danny boy had one little problem though –  please allow a Law Enforcement Officer on the flight to explain: 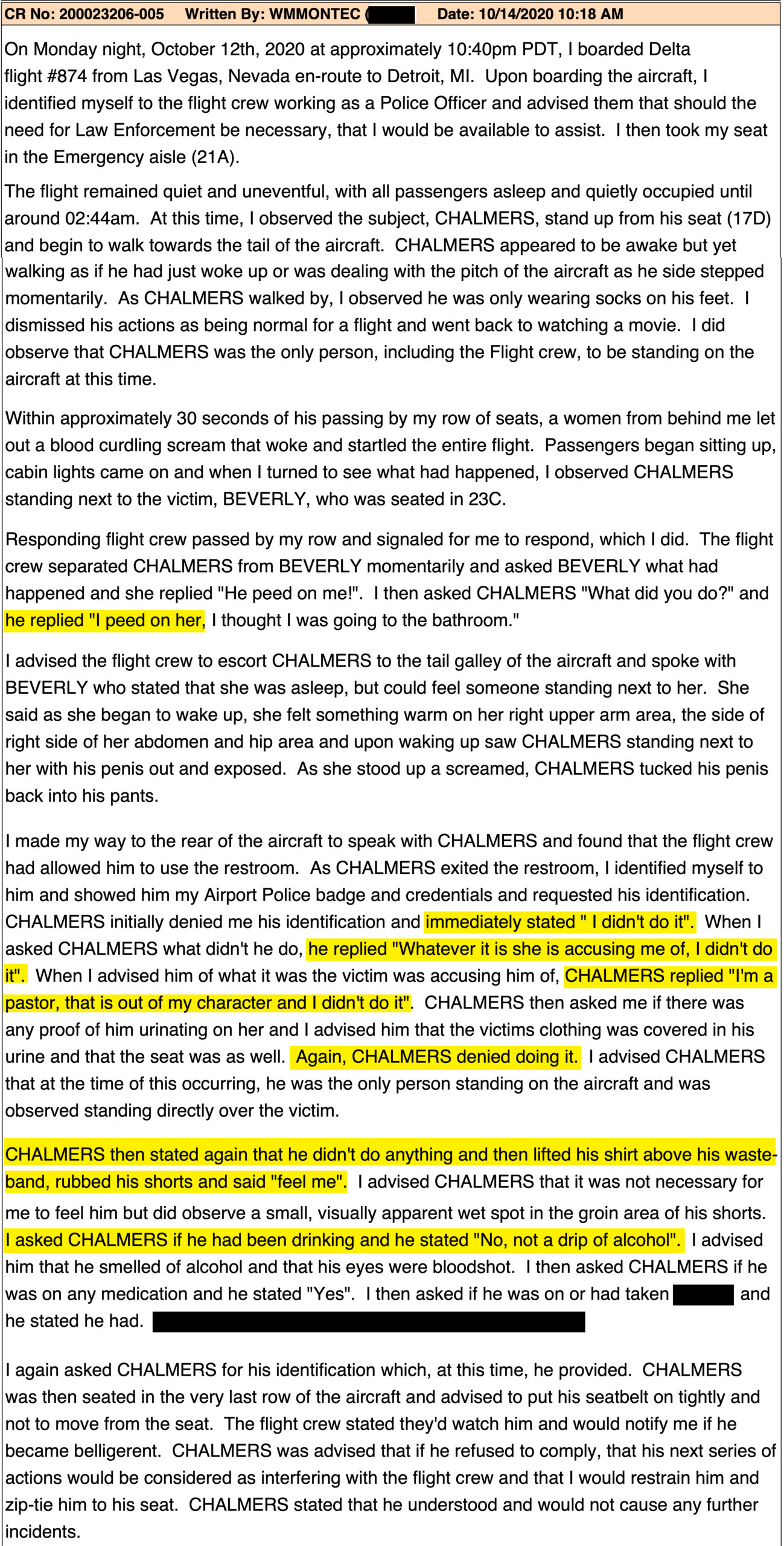 As you can see above, Danny is a bit truth challenged. It appears he has had that issue most of his life. After stating he peed on the woman Danny then denied everything to the Officer, he also denied having any alcohol – “Not a drip of alcohol” were his exact words.  3-4 hours later Danny was tested for blood alcohol content. He registered a .175! That’s more than twice the amount required to be legally intoxicated.

But that doesn’t mean I don’t believe Danny when he told us his hand was caked in gold dust when he proposed to Shara! No word on whether he used that gold dust to make Shara’s wedding ring!

Danny and “Love Wins” was hit with a two-million dollar lawsuit a few days after the peeing incident. It appears it was settled out of court. I called Alicia Beverly in an attempt to discover what the settlement included, but my call went straight to voice mail and I have not heard back from her. 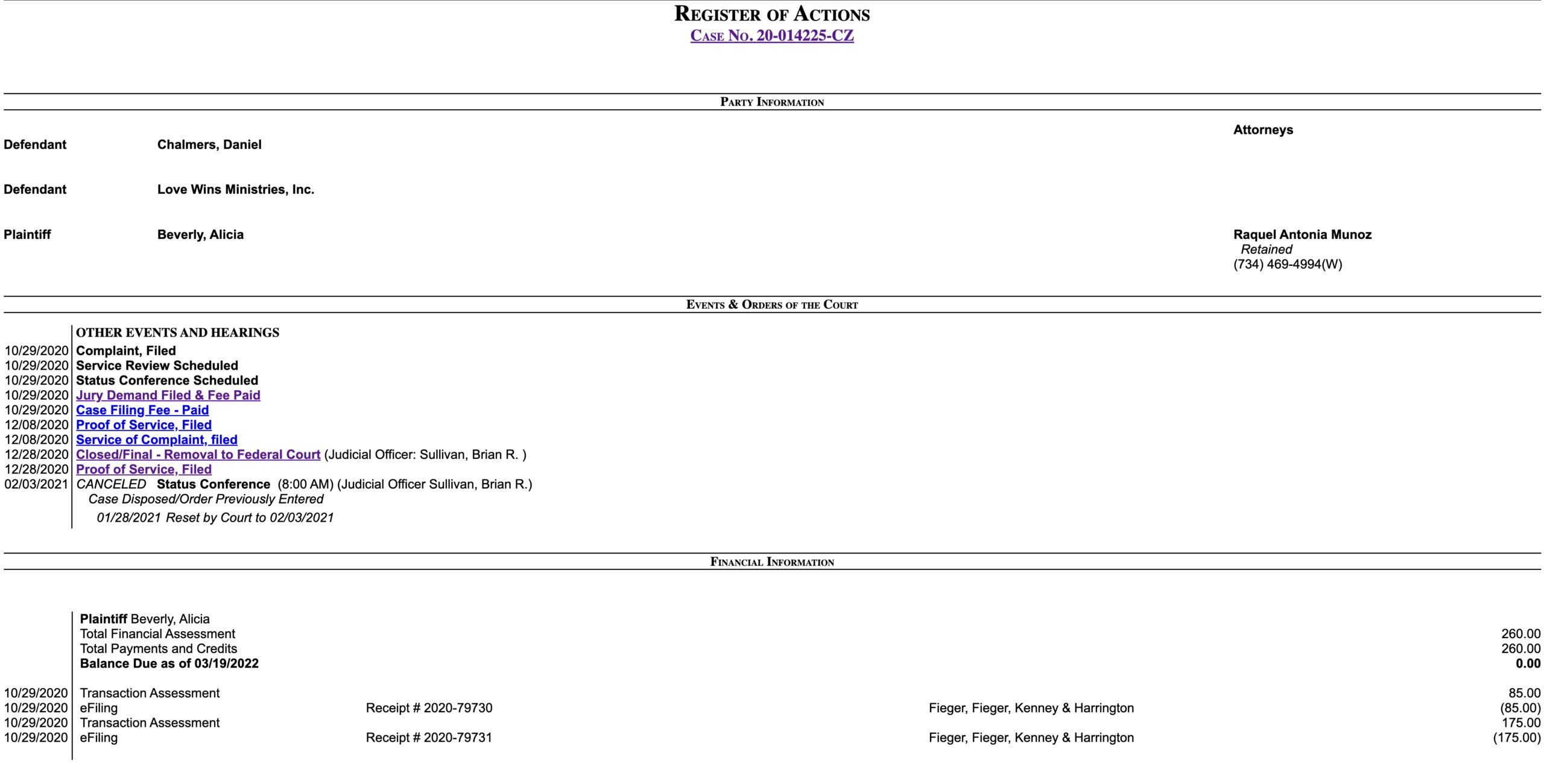 For the full account of the event, please see the story I wrote on November 4, 2020.

Fast-foward to today and we have some “Epic News” from the couple formerly named Chalmers. They have changed their last name to Vithoulkas! 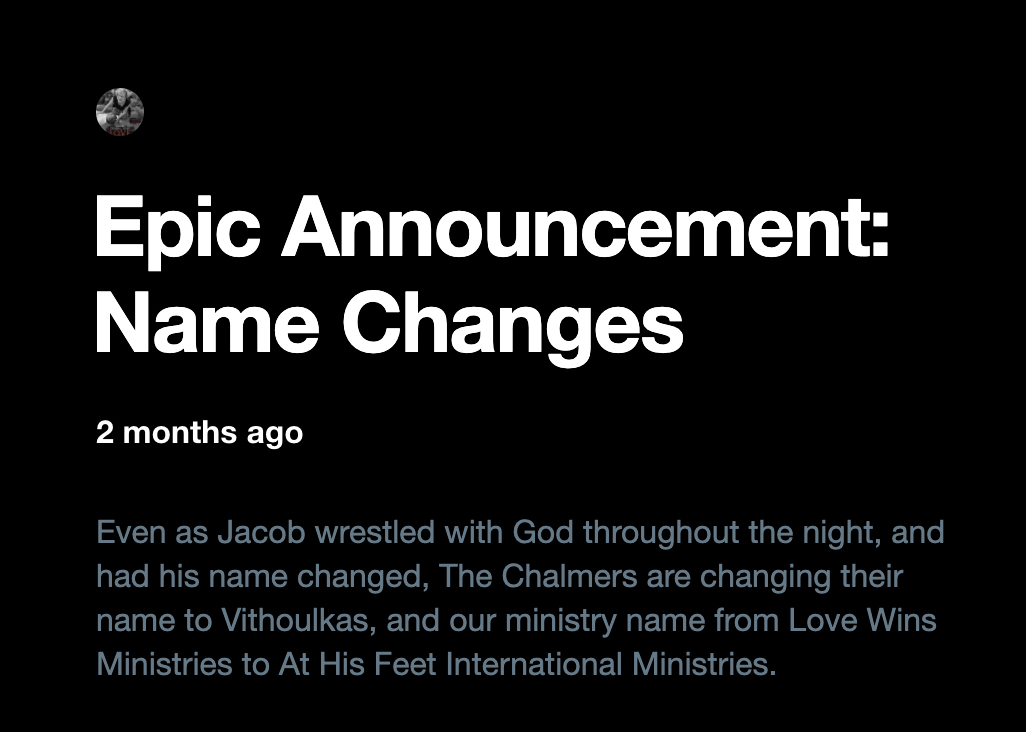 Below is a short clip showing just how wacky these New Apostolic Reformation (NAR) prophets are. They attempt to con their gullible followers into believing the reason for the name changes is that God has promoted Danny and Shara! They even show biblical precedent for the name change. (No word on the ministry being renamed!)

Alrighty then, if you believe that I have some gold dust I’m willing to sell you at a greatly discounted price!

I generally keep my prophetic names to myself, but today I thought you should know that I am a Liger! (See Napolean Dynamite if you are unfamiliar with a Liger!) 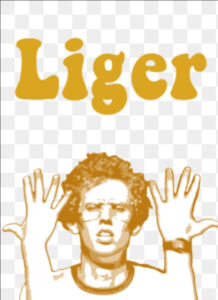 Well, I best be bringing this blog article to a close. I need to see if there is still time to sign up for the National School of the Prophets. It’s being taught by a couple of people I have never heard of – Daniel and Shara Vithoulkas, and hosted by a ministry I’ve never heard of – At His Feet Ministries, but I’m sure I will receive an impartation nonetheless.