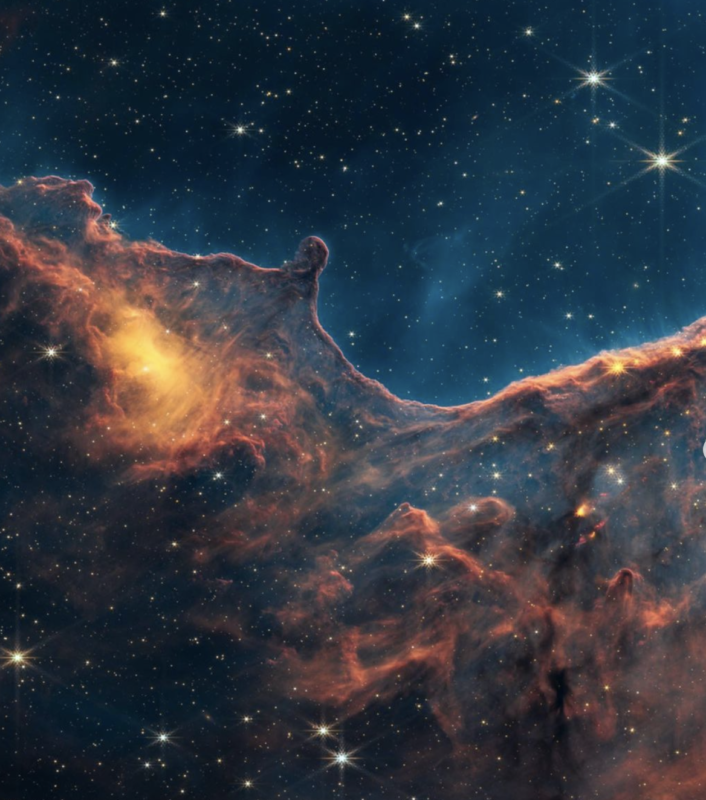 Exploring space with Webb feels like you’re entering a different dimension. 💫
A deep dive into the data of this Carina Nebula image has newly revealed a hotbed of young stars in an elusive stage of development. James Webb/NASA

Of course, he did. This guy really loves his rules and regulations. To all those stuck at Capitol Hill Baptist Church: you can have a life in good churches outside of this pressure cooker. I found this statement on Wikipedia about this church amusing.

has been described as the “epicenter of the new Calvinism“.

Dever takes Calvinism to a whole “nutha” level. I have written of his refusal to give communion to old and dying people who are homebound or in hospice or assisted living. Mark Dever/9Marks View on Communion: Too Bad, So Sad for Those Disabled, in Hospice, and In Nursing Homes.

Dever appears to ‘consider himself a guardian of the purity of baptism, communion, church membership, and church discipline. Take baptism. He does not believe that a young person can be baptized until they leave their parents’ home. Find this in Scripture.

Here is a tweet where Dever doubles down and ties the celebration of the “proper” administration of communion to bolstering church membership and discipline. Sadly, people practice his “suggestions” and can quite possibly be fooled into thinking they are checking off all the right boxes so God will view them as “good” Christians.”

I have a suggestion that I’ve made before. If one must believe that Dever has it right, then members need to get off their duffs and go visit the elderly and dying in enough numbers that Dever will be forced to “administer” communion to those who can’t get to the church building. After all, even Dever might agree that the church is made up of the people who are members. So, everyone should act like it and go to those who should be able to celebrate communion in their waning years. Wouldn’t that be wonderful?

The Roys Report posted Mark Driscoll Says He Wants to ‘Heat Up Your Marriage’ in Billboards & Mailers Around Phoenix. At first, I thought the article was referring to Driscoll’s frequent mention of oral sex in his sermons at Mars Hill, his infamous Song of Solomon presentation, or the breathless discussions about his infamous style in seminaries and churches, or his appearance on The View regarding his book, Real Marriage.

I’ve been blogging for so long that I see stuff that was stupid the first time being tried again, especially when stupid people pay money for stupid advice from stupid pastors. I cannot believe I am again discussing Driscoll pulling his nonsense, this time in Phoenix, the home of Todd Wilhelm, who gets to endure Driscoll’s antics and billboards.

According to the post by Sarah Einselen, these billboards have messages such as:

“The same God who heats up our valley wants to heat up your marriage!” one billboard shouts. That’s the same message on a mailer for the series and in its promotional video online.

Another billboard urges: “Married? Stop being cellmates and start being soulmates!”

The article says that Driscoll will do a new sermon series on romance and sex at his current church, The Trinity Church in Scottsdale. Guess what? He has written a new book that appears to combine all the nonsense from ten years ago. So many of us out here who watch this stuff are begging him to reconsider. The only good thing about this is all the posts I wrote so many years ago can be reused with only minor edits. For example, do you think he’ll try this one again? Did Mars HIll Pay $200K to Get Mark Driscoll’s Real Marriage on NYT Bestseller List?

The eight-week series precedes the release of Driscoll’s newest book, “Real Romance: Sex and the Song of Songs,” co-authored with his wife Grace.

Todd, living at ground zero for the Driscoll sex campaign, found a way to express his frustrations humorously.

Were you around during the first Mark Driscoll meltdown in Seattle? Did you know about the Real Marriage nonsense? Were you aware that a number of seminary leaders supported both his presentation in the pulpit and his book? Are you aware of his history of plagiarism? I’m trying to figure out how much background I need to do when I write about this guy.