Not everything is about you," Clary said furiously.
"Possibly," Jace said, "but you do have to admit that the majority of things are.” ― Cassandra Clare, City of Glass link 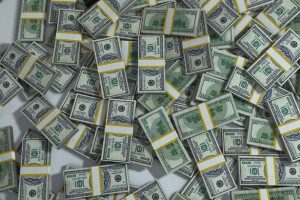 This is a quick post to update you on a growing scandal. At this time, Driscoll has not responded. The sources for this information are credible.

Let's go through this. TWW reported on the controversies surrounding this book here. This book is also under scrutiny for citation errors which has been well documented by Dr. Warren Throckmorton here. This book had been under fire because Driscoll appears to lay the blame on his wife, Grace, for marital issues here.

Real Marriage was apparently on the best seller list for 1 week. One big, fat week. Today Janet Mefferd found an interesting tweet from Driscoll at the time his book hit the bestseller list.

Yeah, right….like he didn't know it was going to happen! I find this statement somewhat odd in light of what we know about Driscoll's lifestyle and now the allegations surrounding this book. Questions are being raised and, except for the following statement, Mars Hill is not responding. (No big surprise there).

From the above linked World Magazine article

Repeated phone calls to Result Source by WORLD went unreturned. When WORLD contacted Mars Hill about its relationship with Result Source, church spokesman Justin Dean responded via email, saying, “Mars Hill has made marketing investments for book releases and sermon series, along with album releases, events, and church plants, much like many other churches, authors, and publishers who want to reach a large audience.

Both Matthew Paul Turner and Dr Warren Throckmorton have posted the contract with Result Source. From Dr Throckmorton:

I have a copy of the contract signed by Mars Hill executive pastor Sutton Turner and Mat Miller at RSI. In 2013, Jeffrey Tractenberg investigated RSI for the Wall Street Journal and interviewed various people who had worked with RSI.

Apparently, the publisher must be on board with this arrangement as well since the contract requires the publisher to supply the proper number of books. I have asked Harper Collins Christian for comment but they have not replied as yet.

Here is a particularly interesting comment from Dr Throckmorton:

I spoke to a former Mars Hill pastor last night who told me that some MHC locations had hundreds of books just gathering dust.

So, while Pastor Marks was "saving" money at The Dollar Store, it appears that Result Source may have been spending someone's money to make Driscoll's book become a bestseller. It appears that even his own church members don't want to read this "bestseller."

Dr Throckmorton, quoting from Warren Cole Smith's article in World Magazine show us how its all done. Be sure to read his full article.

“RSI [ResultSource] will be purchasing at least 11,000 total orders in one-week.” The contract called for the “author” to “provide a minimum of 6,000 names and addresses for the individual orders and at least 90 names and address [sic] for the remaining 5,000 bulk orders. Please note that it is important that the make up of the 6,000 individual orders include at least 1,000 different addresses with no more than 350 per state.”

Let me repeat a quote from the World Magazine article.

Where did the money come from? Mars Hill ain't talkin'. This little game appears to show what happens when a man with a big ego needs to have it stroked. The sales are rigged and the game keeps getting played. And this is how he role models how real men act? No wonder people are fleeing the faith. We are living in Fantasyland.

Keep an eye out for posts regarding Steve Furtick. Questions are being raised there as well. TWW salutes Dr Warren Throckmorton, Dr James Duncan and Warren Cole Smith for pursuing the truth.

Dee Parsons ·
@wartwatch
Am I weird for thinking that the soy sauce that comes in those plastic packets tastes like the best?
View on Twitter
0
2