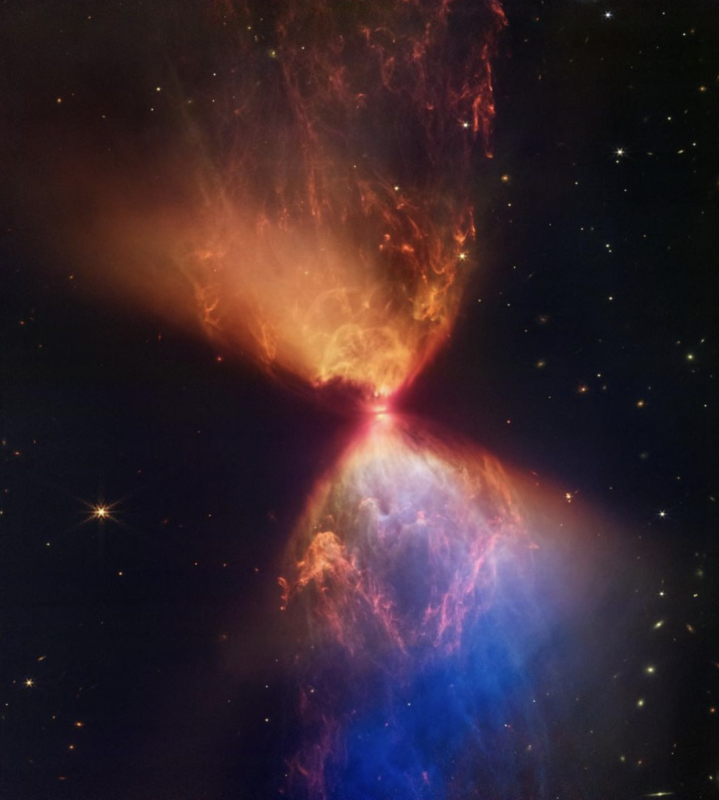 Protostar: beginnings of a new star.
See that dark line at the very center of the “hourglass”? That’s an edge-on view of a protoplanetary disk or the disk of material being pulled into the star as it forms. James Webb/NASA

“Any fool can make a rule, And any fool will mind it.”  ― Henry David Thoreau, Journal #14

I have written about this in the past but find the need to bring it out again as I write about Chapel Hill Bible Church this week.

I am currently in the process of reviewing the GRACE Report on Chapel Hill Bible Church, Chapel Hill, NC.  I plan to write about it on Wednesday and will be interviewed about the brouhaha today. I am grateful that we got out of there when we did. There is little question that my presence would have resulted in abuse of some kind. More on that on Wednesday.

This short post will illustrate the utter lack of love and humility of those caught up in this Calvinista movement. I am not referring to “Your Daddy’s” Presbyterians who have been instrumental in serving their congregations, the downtrodden, and the lost with care and concern.

I am learning much about love and service from my Lutheran pastor, who demonstrates the very best fruits of the spirit. He told me how he visited a member in hospice care to serve him communion. He said it is an important and fulfilling part role he serves for many who struggle. I mentioned the following example of the “We know best” crowd that places themselves among the not-so-young, restless, and Reformed example of painful, made-up theology.

Mark Dever says someone(who was a member of his church) stuck in a nursing home or dying in hospice cannot have communion from his church.

This one hits me rather hard since I visit my mother numerous times weekly in an assisted living facility. So many residents look forward to a visit from their pastor or priest, and many find solace in receiving communion. Mark Dever is considered a great example by those in The Gospel Coalition and those who are ardent Reformed Baptists which he is.  Dever appears to throw the disabled and elderly on the dust heap of humanity. In fact, perhaps this is a stellar example of “communion is just a remembrance” and not really as important as is the lengthy weekly sermon given by the rule makers.

The following question was asked on the “Mailbag” page at 9 Marks.

I lead a small group in worship at a nursing home. They can’t go to church. I am all the church they get now. What about communion for them?

Jonathan Leeman (Dever’s sidekick) says that Mark Dever’s position is (LOL) “theologically tidier.” I say that Dever presents the “Do we have a quorum?” view. All sorts of clubs and homeowners’ associations adopt this sort of a “rule.”

According to Robert’s Rules, the definition of a quorum is the minimum number of voting members who must be present at a properly called meeting in order to conduct business in the name of the group. A quorum should consist of a number that is as large as can be depended upon for being present at all meetings, when the weather is not exceptionally bad.

The definition sounds a little vague. It is! Robert’s Rules developed that definition on purpose to accommodate the diversity of organizations that use parliamentary procedure.

Such a rule sounds nice for clubs but do we actually see secular quorum rules applied by Jesus or the Apostle Paul? Nope. Mark Dever is so tied up in inventing rules that he does what my former leaders at Chapel Hill Bible Church did. He forgot about applying love and humility into the equation. Didn’t Jesus do a lot of that?

Dever, who likes to quote the Bible, doesn’t quote any direct application to his stated “quorum rule.” This is why churches have so many problems.

It’s a wonderful thing to remember those who are separated from us, especially by disability or age. Prayers, Scripture reading, visits, and encouragements of many kinds properly express Christ’s love and ours for such a brother or sister. But what about “taking them the Lord’s Supper”? No, I don’t think you can serve the Lord’s Supper to one person alone any more than you can baptize an infant. It’s outside the definition of what the Lord Supper is by its very nature. In my mind, therefore, this question is comparable to the question of how we should think about baptizing someone unable to be baptized. In the case of both the person in the nursing home and the person who is unable to be baptized, their inability morally excuses them from the command. It’s the nature of the Lord’s Supper to be an expression of the unity of a congregation (1 Cor. 10:17). While all members of a congregation may never be present, the public meeting should be one of which all members are welcome and most members usually are present. Someone’s inability to assemble with the congregation—we trust then—will be accompanied by God’s special provision for them during their trials or extended absence.”

I believe these Reformed Baptists and other Calvinists make up “godly” rules just like John Calvin did. For example, things he no longer allowed.

art, music with instruments, dancing, and theater were no longer allowed. The colors of clothing, hair styles, and amounts of food permissible at the table were regulated.

The little guy often suffers when leaders can make up rules or governance with impunity. Then, groups like GRACE are born. More on that subject on Wednesday