“What can you do, thought Winston, against the lunatic who is more intelligent than yourself; who gives your arguments a fair hearing and simply persists in his lunacy?”
-George Orwell, 1984

Hello and good afternoon Reader Units. This is the Writer Unit bringing you a quick update on some double top-secret information from TVC.

I was conducting some research Tuesday – watching the recording of the Sunday worship service at TVC. The first few minutes of the service were not shown; instead the viewer saw the blue screen below.

To my amazement, on the same page of the TVC website, right below the video was the announcement of a “Goer Commissioning.” The “two units” who were commissioned in Sunday’s service were named and a link was provided for each to their independent missionary web page. The linked page provided a photo of each “missionary unit” as well as some biographical information.

So much for the information blackout to protect the identity of the Goers! 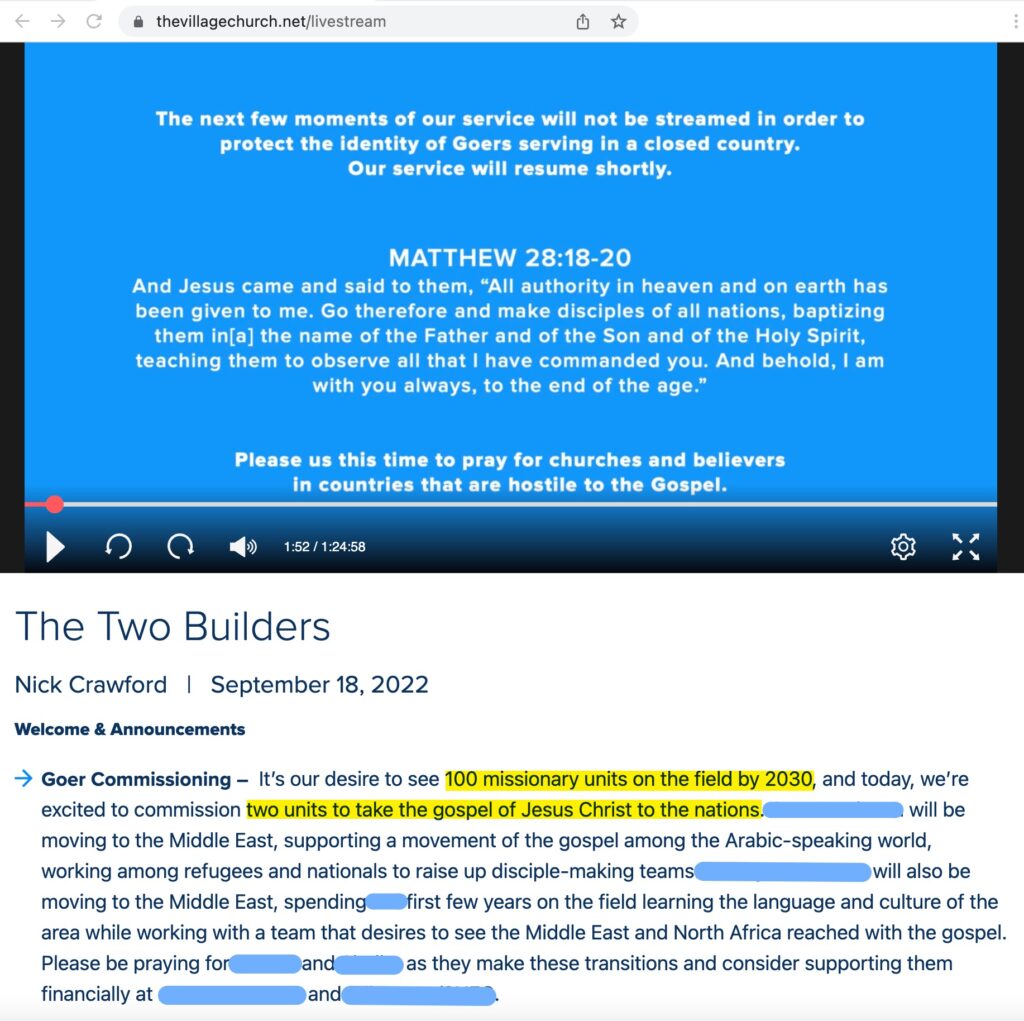 I phoned TVC Tuesday afternoon to let them know about this situation. They had a recording that said they only answer their phone from 11:00-3:00, but I could leave a message and they would call me back. I left a detailed phone message and, although I never received a return phone call, the announcement you see in redacted form above has been removed.

(Note from editor: I received a phone call today – September 27 -from a woman on staff at TVC. She was responding to my voicemail left last week. She said she was having trouble finding the page with the missionary units names mentioned. I told her that the page was removed the day after I left the message! She thanked me and said goodbye!)

One would think with all the Staff Units on payroll (generously salaried by the Giving Units) they could do a better job, but with Leader Unit Chandler on a paid vacation maybe the Working Units are slacking off!