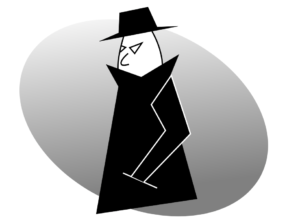 “Your need for acceptance can make you invisible in this world. Don’t let anything stand in the way of the light that shines through this form. Risk being seen in all of your glory.”
― Jim Carrey

I believe that the SBC has a terrible image problem and the following story confirms this. There are a number of SBC pastors that I love and respect. Wade Burleson’s sermons are featured on our EChurch and the guys over at SBC Voices are great. One of them makes an appearance in this story. I was a member of a Reformed Baptist church for a number of years. Before things got bad, I would tell people I was Baptist. I can’t imagine denying who I am.

My husband and I love Saturday evenings. We go to church, grab food to go (we are in a Jersey Mike’s phase) and come home to watch some of our favorite programs. Besides news shows, we are currently watching Star Trek Discovery (no surprise there), Ozark, and Grantchester. Sometimes I’ll keep an eye on Twitter while watching my shows. I learn a lot about what’s going on in the church world there. Earlier in the day,  I had posted about an SBC megachurch in my area, Hope Community Church, which was going to address a couple of issues regarding abuse. I am not currently in a position to comment on the church’s explanation since I don’t know the details but will continue to follow it.

And then, I entered the Twilight Zone…

An individual responded, telling me that I was wrong. Hope Community Church is nondenominational and not Baptist. She made the claim that she had been going there for 12 years and she *knew* it wasn’t Baptist. More folks weighed in.

Update 10/27 The inclusion of tweets in this post does not mean that they should be viewed negatively. They were helpful at getting to the bottom of what constitutes SBC membership.

I had attended this church for a short period of time as we were reconsidering our church affiliation. At this stage, we were deeply dissatisfied and were trying to figure out what to do. During this period, the church did not have actual members but that changed after we left.

So, Dee, ever the teacher, decided to help these folks understand that the church was a member of the SBC. It is quite simple.

I use this site frequently. I noticed that Andy Savage’s Highpoint Church was a member of the SBC when Jules’ story became well known. I posted a screenshot in one of my posts. I discovered that the church had removed themselves from the SBC listing a few weeks later.

One individual became incensed, claiming that giving money to the SBC doesn’t mean a church is a member. But others knew that the listing is correct.

By this point, I began to suspect that some of what appeared to be angry responses had nothing to do with needing proof. That shouldn’t cause anger. It had to do with some folks wanting to deny that they were members of an SBC church and I began to get really interested in the exchange!  Amy Smith noticed the issue and chimed in. Both of us had been members of SBC churches and both of us left the denomination over what we believe was the mishandling of sex abuse

William Thornton from SBC Voices arrived to rescue me. This guy knows his SBC. (Thank you, William.)

Why do people deny that their church is SBC?

I summed up this part of the conversation like this.

What is the deal with folks being upset when they discover their church is a member of the SBC-so much so that they feel they must deny it?

I dealt with my dissatisfaction by becoming a Lutheran. I would never be a member of an organization or church in which I would try everything I could to pretend that I’m not a member. In this particular situation, I called a dear friend who attends Hope Community Church and is very involved. When I told him of this discussion, he said that the pastor, Mike Lee, is very open about being a member of the SBC. In other words, it is the individual members who are either not paying attention or something else is going on. I think it is something else.

In my post in 2019, We Are Not Baptists…Are We? Why Are SBC Churches Hiding Their SBC Affiliation From Their Church Members? you can see a video of Greear explain to the church that they really are SBC and he is going to be the President of the SBC. When I watched this, I had a good laugh, remembering my conversations with Summit members who were adamant that they were not Baptists. Then, their own pastor became the SBC President. 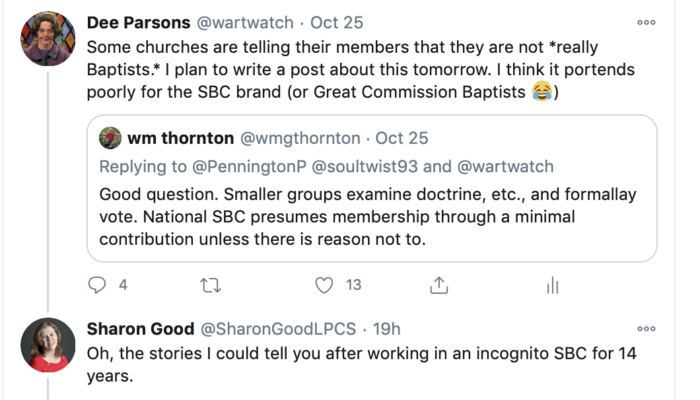 Anna got to the heart of the matter.

Here is a quote from my post about a stealth SBC church in my area.

The SBC moniker has negative connotations to it. It is now widely associated with racism and abuse. The latest thing is to go with Great Commission Baptists. How many of you know that there is a task force that has been around for quite a long time? In 2010, the task force (another money pit) formed in order to get under the problems of perception, amongst other things. This name was approved in 2012. Southern Baptists approve alternate name, but barely.

Here is one of the posts I wrote on the matter. Why Did the SBC Seal the Records of the Great Commission Resurgence Task Force Deliberations for 15 Years (2025?)

Why GCB name could be a bad idea.

In an episode of Ozark, a young boy was told to change his name to Michael Fleming in order to protect himself and his family. He said “I don’t want to be called Michael Fleming. They will call me Flem (phlegm)”  Is the SBC aware of the potential problem of the initials *GCB?*  During the time of the early deliberations, there was a book(semiautobiographical) and a television series named GCB I(Good Christian B****es.) Having spent 10 years in Dallas, I have to admit that the show nailed the culture.

Based on the semi-autobiographical 2008 novel Good Christian B*****s by Kim Gatlin, the series centers on a recently widowed woman who moves her family back to the upscale Dallas-area town where she grew up.

A reboot of the series, also titled Good Christian Bitches, was greenlit by The CW in November 2018.

Folks, the potential for uncomfortable okes is evident. I would suggest going back to the drawing board and thinking up something simple.

Final Point: When people get mad when they are informed they are Baptist, the SBC is in trouble. When your own members don’t want to be known as members, it is not good, not good at all.