“Treat people in your debt like family, exploit them.” -Ferengi Rule of Acquisition # 111 -Star Trek 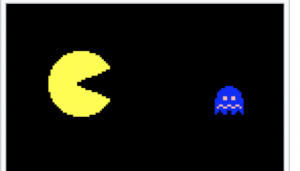 After posting Why Do Southern Baptist Churches Engage in Hardball Competition Against One Another? What Happened to the Cooperative Effort?  on Friday,  I was directed to another post with the intriguing title of Church Cannibalism: Should Pastors be Called Out for Pac-Man Tactics?  I enjoyed this post so much that I felt it was worth prolonging the discussion on the hardball takeover tactics used by celebrity based churches.

For those of you who were born after the Pac-Man craze, here is a short video. Pac-Man is essentially a mouth which runs around and gobbles up everything in it’s path.

What is the Pac-Man tactic for taking over a church?

Missio Alliance added some further observations on takeovers of local churches by a large, celebrity driven church. I wish I had thought of it.

(A church moves to a new locale to)set up a “site” complete with video screen, 8 or 9 pastors, an array of religious goods and services, a massive children’s ministry, a spectacular worship band and then either beam in or present live their celebrity pastor for the opening Sunday. Because there are a couple hundred fans of the celebrity pastor already in the area the church starts out with several hundred appearing the first Sunday.

Often, on that first Sunday, the celebrity pastor will laud the efforts of this new site to bring the gospel to this neighborhood. He will perhaps even say something like  “no church preaches the Bible more faithfully in this community like this church will do.”

Let’s review the PacMan like steps of gobbling up the competition.

I provided two concrete examples of this last Friday involving The Village Church/Matt Chandler and The Summit Church/JD Greear.

I have seen this happen in my area. Most of the mega churches call their new satellite a *church plant.* However, it is not. It is hardball competition of the worst kind. The Pac-Man church uses its resources to begin to drive the little guy out of business.

…over the ensuing weeks …this (ed. Pac-Man) church now attracts hundreds more attenders from the surrounding smaller less spectacular churches. The new ‘site’ mushrooms to a thousand attenders in a matter of months filled with people from other churches. These large churches call this “church planting” as if they are engaging non-Christians and their neighborhoods for the gospel.

The disturbing next step for the Pac-Man church: after destroying the target church, they buy them out.

I missed this step when I wrote last Friday and am so glad that readers pointed us to this source. Now, Pac-Man buys out the church that they destroyed and it ceases to exist.

Some of the smaller locally engaged community churches of say 300 people have now lost half their congregation to the new ‘site.’ They now struggle to pay their bills. The large church behind the “site” now contacts that church and says “we’ve heard of your struggles. Perhaps we can help?” They then offer to come in, assume the mortgage and other bills, share the church facilities and help with various needs. Within months however they have ‘pac-manned’ the church.

The spiritual gift of real estate acquisition by Ferengi pastors

Mark Driscoll bragged that his buddy, James MacDonald, had the spiritual gift of real estate acquisition. As we all know now, MacDonald flamed out financially due to the large debt he incurred by acquiring all of the building that Driscoll admired. Driscoll also lost all of his buildings and was forced to flee Seattle and hide out in the charismatic circles of Arizona.

For those of you who are not Star Trek fans and have no idea about the Ferengi’s and the rules of acquisition, I have included a list of their *rules * in a video at the end of this post. In the future, I suggest you visualize these churches with pastors who look like Ferengi. At least it will make you smile.

The author of the article, David Fitch made three thoughtful observations.

Here are a couple of comments under this post. 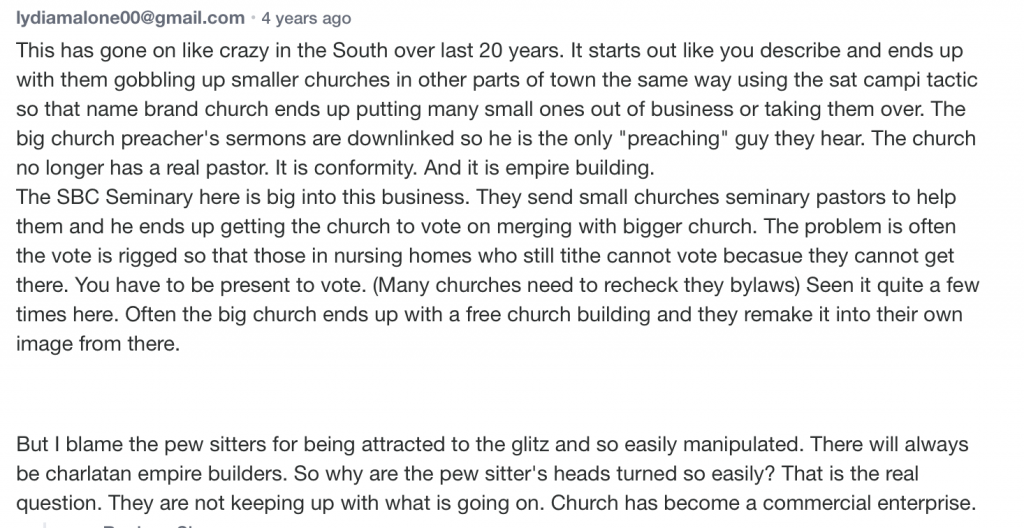 I think it is time for churches and kingdom building, Pac-Man preachers to do some reflection. Are they interested in cooperation or just good,  old fashioned, American capitalism. The way things are going, I think the Ferengi would be proud of this new crop of preachers.