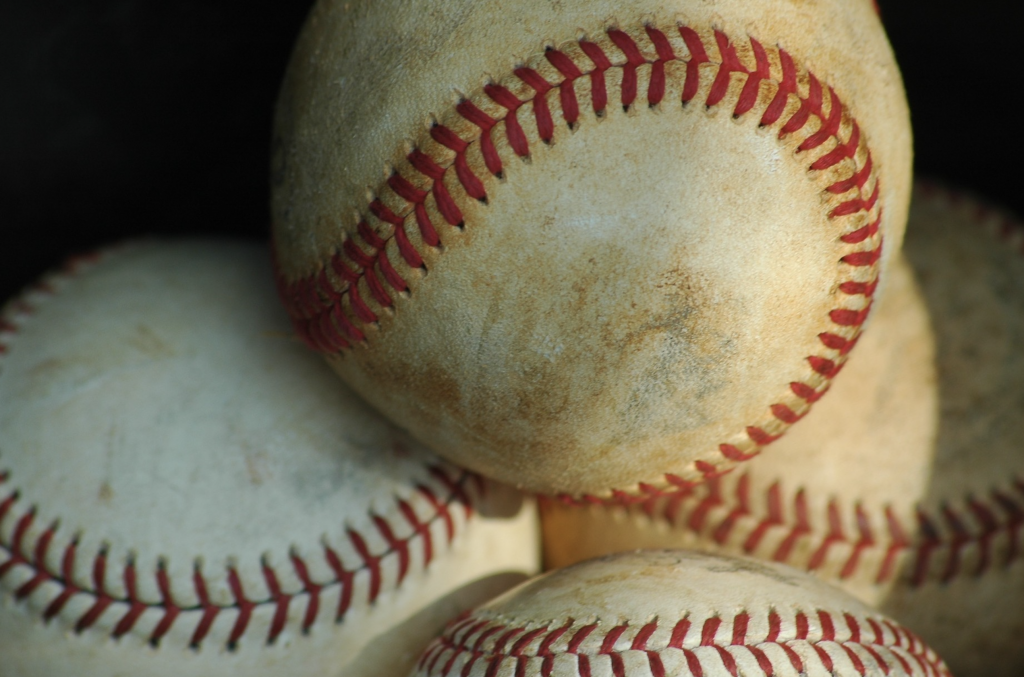 “We made too many wrong mistakes.” Yogi Berra

I am currently working on 4 important stories surrounding abuse. I need to start posting this week. These folks have been so patient. Two involve women coming forward about abuse by youth leaders in the past. Another involves a serious situation that took place on the mission field and has the best documentation I’ve ever seen. The last one involves the outing of a potential pedophile in a well known church which we’ve written about in the past.

Of course the SBC thing is getting heated. Many folks are furious about the response from the SBC which I wrote about yesterday. The Houston Chronicle is getting calls and further revelations are forthcoming. Prediction: Things are going to get really ugly. I will do my best to keep you up to date. I may post short articles about developments. I’m hoping to get some sleep one of these nights.

R.C. Sproul is the father of R.C. Sproul Jr. (I bet you would’ve guessed that.)

Let’s do a quick history lesson. R.C. Sproul Jr is not a chip off the old block as far as I can tell. Yes, he is the son and namesake for his father, R. C. Sproul, a well known Reformed theologian, who passed away 2017. Here is a quick bio on dad from Wikipedia so you get the idea.

…an American theologian, author, and ordained pastor in the Presbyterian Church in America. He was the founder and chairman of Ligonier Ministries (named for the Ligonier Valley just outside Pittsburgh, where the ministry started as a study center for college and seminary students) and could be heard daily on the Renewing Your Mind radio broadcast in the United States and internationally. Under Sproul’s direction, Ligonier Ministries produced the Ligonier Statement on Biblical inerrancy, which would eventually grow into the 1978 Chicago Statement on Biblical Inerrancy, of which Sproul, alongside Norman Geisler, was one of the chief architects.[3][4] Sproul has been described as “the greatest and most influential proponent of the recovery of Reformed theology in the last century.”[

R.C. Sproul Jr has a rather checkered pass when it come to Christian ministry.

Forgive my rather quick review of his checkered past but it will help you understand what is to follow. Junior worked off and on for years in his father’s ministry. However, in between times, crazy things occurred.

As Doug Phillips and his Vision Forum ministry is sinking, stories of abuse among Christian Patriarchy are surfacing: domestic violence, wife spanking, etc, among other well-known circles such as RC Sproul Jr., etc.

She included comments from readers who claimed he allegedly spanked his wife.

R.C Sproul Jr (hereafter referred to as RCSJ) was defrocked for spiritual abuse, identity theft, and other financial irregularities.

According to the Pearcey Report:

R.C. Sproul, Jr., has been defrocked as a minister in the Westminster Presbytery of the Reformed Presbyterian Church General Assembly.

Sproul, son of the well-known theologian, author, and highly respected apologist R.C. Sproul, had been associate pastor of St. Peter Presbyterian Church in Abingdon, Va. He is also founder of the Highlands Study Center, located in nearby Bristol, Va.

…Among the reasons for the disciplinary action are charges of spiritual abuse of members and attendees of St. Peter Presbyterian Church, as well as financial irregularities that include the “identity theft” of another church’s Federal Tax I.D. number.

According to the Declaratory Judgment, the deposed men are subject to an ecclesiastical trial, “pending additional charges, both public and personal, that are currently being investigated.” The document charges the men with a “consistent pattern of actions” that are “duplicitous in nature” and that the men “demonstrate that they willingly and knowingly act in an arbitrary fashion in violation of their vows of ordination.”

RCSJ then transferred to the CREC which is the denomination started by the infamous Doug Wilson who thought if was just nifty to preside over the marriage of a pedophile to a naive young woman. So this comes as no surprise.

The SPPC Session issued a letter of apology and asked to be released from general membership in the RPCGA, and the denomination granted their request. SPPC requested pastoral oversight from the CREC, which accepted the congregation as a full member in October 2007.[13] The Confederation of Reformed Evangelical Churches (CREC) examined the case and accepted Sproul as an ordained minister in good standing in 2006. In 2010 Sproul transferred his ordination to the denomination Covenant Presbyterian Church (CPC).

Sproul was first ordained in the Associate Reformed Presbyterian Church (ARP). After a failed attempt to transfer into the Presbyterian Church in America,[1] he was ordained in the Reformed Presbyterian Church General Assembly(RPCGA) in 2000, but in January 2006, Sproul and the Session of SPPC were deposed from office by the denomination under charges including including “abuse of authority in an inexcusable manner” against several families, illegal use of the ARP’s tax identification number, planting a church without authority, and practicing paedocommunion.[2] The SPPC Session issued a letter of apology and asked to be released from general membership in the RPCGA,[3] and the denomination granted their request.[4] Sproul and SPPC then requested pastoral oversight from the Confederation of Reformed Evangelical Churches and were accepted into that denomination.[5]

Then there was the Ashley Madison matter.

And the really bad drunk driving incident with his kids in the car.

So given all of this, one would think that RCSJ would try to fade into the blessed arms of obscurity….Instead…

He got a job running the SB Nation (Pittsburgh Pirates) website to which I say “You have heard of Google, haven’t you?”

This goes under the classification of: “Didn’t you know this would happen?” Laura Wagner writing for Deadspin wrote SB Nation Hired A Disgraced Pastor To Lead A Team Site And, Hoo Boy, Readers Have Questions [Update]

Basically, his job was to clean up the free-for-all which characterized this website. Here is how he introduced himself, leaving out the more interesting details of his life.

Some of you have been waiting more intently for the announcement of the new site manager than for opening day. I’m the guy, and I thought it prudent to introduce myself. I have made my living as a writer and editor for more than 25 years. I’ve written for national magazines, various websites and have published more than a dozen books. I have been a fan of the Pittsburgh Pirates my whole life.

One of the first commenters had this to say:

After reading a bit about your background elsewhere, including a conviction for drunk driving, getting caught up in the Ashley Madison scandal, being “defrocked” in your ministry, allegations of the misuse of tax numbers, some way out talk about wife spanking etc., I’d like to suggest that you give BD a detailed explanation of the above and anything else you think we should know about you.

We all know that there’s a lot of B.S. on the Internet, and I’d hate to think that the numerous blog posts and articles out there claiming to detail your transgressions are not telling the truth and unfairly besmirching your character.

I’m thinking that Vox Media hired you in some part to be a “moral compass” for the degenerates here who like to curse like sailors and, God forbid, post a pic or two of a chick in a bikini.

To which he answered (obviously irritated that someone looked him up)

You can read what you like about me on the internet, and you can believe what you wish. There are things that are true, and things that are false, things I’m ashamed of, and things I’m not happy about being falsely accused of. The important thing is that this is not a website about me, but about the Pirates. I’d encourage everyone to take a breath, think about baseball and relax. My commitment to following the rules means no one here needs to worry about my politics. No one here needs to worry about my views on hot button social issues. No one here needs to worry about anything. My desire is the same as yours, that this place would be a welcoming place where we can talk about the Bucs. I will not be looking at any of you in light of behavior here in the past. I most certainly won’t be googling any of you. I will, and I will encourage all of us to, stick to baseball.

He probably misses the good old days when he could spank adults and church discipline anyone who questioned him. The comments continued and he answered one with:

Keeping things PG-13 is not meant to be a scientific term, but a general one. And we’re going to, if we must err, err on the side of the PG rather than the 13. Hope that is sufficiently clear. If you all must continue to argue the issue, feel free, But I won’t participate. Let’s talk about baseball.

To which, a commenter said:

I have Scooby Doo playing all day on a TV that is aimed at the street. Did you ever see how Daphne is drawn? How about Weird Science? Did you see the ladies in that that PG-13 film? Or how about Howard the Duck? Rated PG. Wait! There’s more! How about EVERY SINGLE DISNEY BEACH FILM! A lady, wearing a bikini and boots, holding a Pirate Flag is no more then I would see on the damn TV or walking around the beach in the summer time and wouldn’t even merit a glance by the Motion Picture Association of America. How about Spaceballs!

He got canned after two days on the job.

We have decided to terminate our contract with R.C. Sproul Jr. effective immediately and he will no longer contribute to Bucs Dugout. SB Nation always endeavors to create a welcoming and inclusive community for its readers.
Sproul Jr.’s tenure as site manager lasted two day

Which leaves me with one question….

Who suggested this guy? There must be a back story.