“Always forgive your enemies; nothing annoys them so much.”  ― Oscar Wilde link 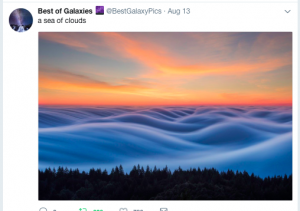 Two days ago, I was writing an interesting post (at least for me) on child sex abuse in the Amish community when I received a call from my extremely busy husband asking me if I knew anything about a letter being sent, via snail mail, to people about me. He had received a call from a well known, local individual in the medical community. This gentleman said it was *bizarre* and my husband immediately became concerned for my welfare.

This letter was sent to the leadership in my current church, other members of my church including the kind gentleman who is the facilities manager, the receptionist, the choir director, as well as denominational leaders, the chancellor of a well known local university medical center, the chiefs of certain medical divisions, the president of a related denomination's seminary and a cardiology practice which no longer exists. It was also sent to all of the members of a community board on which my husband and I sit. (I am dead serious about all of this.)

You can imagine how filled the last two days have been for me. To top it off, my elderly stepfather contracted pneumonia and I had to call an ambulance early this morning. He is now in the hospital – a hospital which is under the chancellor who received a letter.

Since March 2017, TWW has been receiving (unapproved) comments from a person who calls himself (and I do believe it is a him) *Nobody. * We found the comments threatening but thought the threats referred to God exacting vengeance on us. Instead, it has become obvious that *Nobody* has taken on the role of avenging angel.

You will need to go to this link to read the letter. We have redacted the names of the church, denomination and all individuals to whom this letter was sent. You will note the letter appears particularly concerned about certain individuals. Also, it is interesting that the letter writer made sure we saw a comment about *Nobody.* (You will need to click again on the page to which you are directed.) [Corrected GBTC]

*Nobody* and Tom Chantry

On 3/22, we received 8 comments, all under a Tom Chantry post, which were not approved. Here are two examples. He seems very, very concerned about our writings on Tom Chantry.

Here is a link to the original Tom Chantry post. I have been in touch with Todd Wilhelm over this development and he was able to find out that the trial of Tom Chantry will begin on 11/6/17 and run for an estimated 9 days. We will be following that trial closely.

We believe that *Nobody* is behind the letter that was sent. Do you recall the now infamous Twitter storm that eventually led to Frank Turk closing down his Twitter account and other social media platforms? This occurred in December 2016 when we posted our initial report of Chantry's arrest, You can see some of the Tweets in that post but we will discuss this more in-depth later. Nate Sparks also discussed this firestorm here.

Many of you will remember my tongue in cheek response to being accused of igniting a *holy fury mob.* Trebuchets, anyone?

*Nobody* and Iain Campbell

Twitter was somewhat quiet during the time we were writing about Iain Campbell although there were some disgruntled comments on our blog which we did post. We did not post *Nobody's* comments on the matter.

Here are link, link, and link to our Campbell posts. There is much the Deebs know about this situation from *behind the scenes.* This appears to drive *Nobody* crazy. However we are adamant about confidentiality. It amazes us how many readers we have in Scotland. We stand by our posts on the matter and believe that they were appreciated by quite a few. We ask our readers to continue to pray for the Campbell family, especially Anne.

The Letter and Nobody

I believe that the infamous letter was sent by Nobody due to his anger over our posts about Chantry and Campbell. We have written many similar posts about other individuals and did not receive similar *Nobody* concerns. As an aside, *Nobody* uses a proxy server and we do not allow people who use proxy servers to post on the blog use of a proxy server plus obnoxious commenting behaviour makes it much more likely a comment will not get through. It is often used by troublemakers who wish to stay anonymous because they are too afraid to use their names, unlike the Deebs. [Edit: clarification by GBTC]

The person who wrote this letter used the return address of an area denominational headquarters. The denomination was not amused.

The single letter writer pretended he was a large group of members of my church denomination. Anonymous letters are not taken seriously by this denomination.

The denomination leaders who received the letter were in contact with my pastors and said this could be handled locally. I want to thank one *big wig*, he knows who he is, who went to bat for me and even wrote a prayer for me and sent Bible verses to encourage my family. Talk about making me get all weepy and such.

Yawn… They already knew about the blog and have for years.

Did this individual actually think that a large university would be opposed to a blogger writing about child sex abuse in the church? Seriously? This was a further indication that this writer lives in a bubble.

5. My pastors- the best story of all

I do not name my church or my denomination for an important reason. This blog represents the viewpoints of the Deebs and no one else. If there are any doubt as to the wisdom of this decision, this letter speaks for itself.

True confession: I have been at my church for almost 3 years and officially joined one year ago. In the new members class, I alluded to the fact that I write about child sex abuse. However, I was afraid to say anything more because I was afraid they would be *mad* or that they might *discipline* me. Both my husband and I have been so at home due to the warm and friendly atmosphere that is projected from the pulpit. But, I was still afraid.

I should have gone with my gut. Although my pastors wished that I had told them about the blog, particularly so they didn't have to learn on the fly> Can you imagine all those people, even the nursery director, bringing this nasty letter to them with questions?! Yet, their very first concern was for my safety. They offered me some wisdom on this and other matters and prayed for me as well.

They asked me why I wanted to post this letter. I told them I had no intentions of posting the letter with church/denomination names. I then explained that so many of our readers have been hurt by rogue pastors and Christian leaders doing precisely this-attempting to hurt people who raise legitimate questions about serious issues. I explained that many have been pursued by legalistic church leaders who are hell bent on ruining any chances for decent people to join another church. I told them that I wanted to stand up to this bully in order to encourage others who have been through this sort of thing.

Guess what? They got it and I have to admit, I got a little teary on the phone. Why? It dawned on me that God had given me a wonderful, unexpected gift. My husband and I have found a church that we love and pastors who we can respect and trust. I want to encourage you all not to get discouraged. There are some awesome church leaders out there and it is worth the search.

I want you to know that I forgive you for what you tried to do. I experienced my own Joseph moment. From Genesis 50:20 ESV Bible Gateway

As for you, you meant evil against me, but God meant it for good, to bring it about that many people should be kept alive, as they are today.

You hoped that my church and denomination would *excommunicate* me. You desired that the leaders of the big university health systems would retaliate against my husband.You anticipated that I would get thrown off my community board.

Instead, I learned an important lesson. I have wonderful, kind and thoughtful pastors in a denomination that responded appropriately to your letter. I realized how many of the recipients of that letter are truly loving people and are also my friends. This means that I can openly continue my work on this blog to help those who have been hurt and let down by their churches, some in the most egregious way possible -child sex abuse.

I would ask that you not discuss or speculate about my church or denomination. I will just say that it is a conservative, liturgical church. We will delete and not approve any comments which do so. The opinions on this blog in no way represents anyone else else but the two of us. However, if you live in our general vicinity and would be interested in seriously visiting the church, please contact me directly.