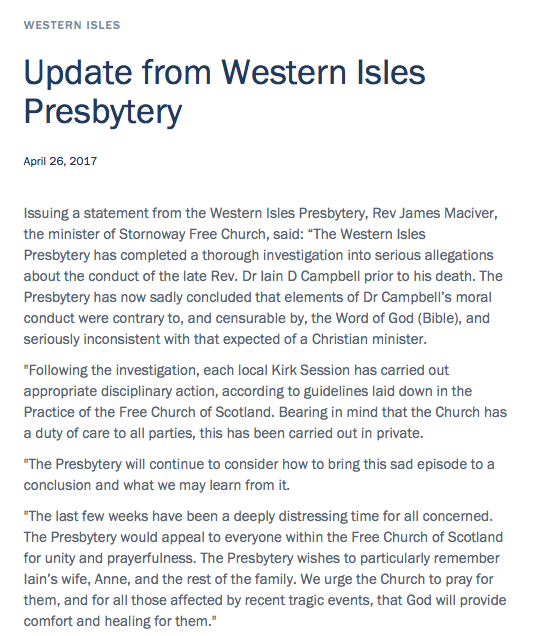 Pray for Anne, his family, and the women Campbell shamefully used. TWW awaits the spin doctors on this one.

Special thanks to a reader who alerted us to this.