"The first step on the way to victory is to recognize the enemy." Corrie Ten Boom link 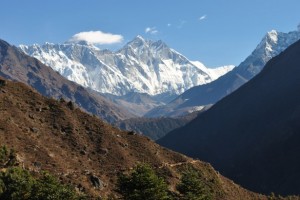 OK, this one should keep you all occupied over this weekend while I try to get my flowers into window boxes. Google better be ready.

When dealing with Scripture or theology, I approach the Bible on a macro-level. I looked for the big picture. I got tired of going to Bible studies in which we would parse the life out of a single verse. I find that whenever I get confused, the big picture helps me to ask the right questions, especially when something sensational comes up. When it sounds a bit weird or even just a little bit too neat, it is time to think big.

One question to ask is "How do they know this is true?" Then add, "Why do really smart people disagree on this point?" Finally, is the idea clearly expressed in the Bible? If you have never taken a big picture approach to the Bible, I have two suggestions. One is The One Year Chronological Bible. The second is The Story Bible. These helped me to get the big picture and the timing of events.

Finally, if someone advocates an action that sounds a little bizarre take two steps. Look to see if such actions are advocated or demonstrated on a routine basis in the Bible. Secondly, if it sounds weird, it is most likely weird. Trust yourself a bit more.

This story is going to be a bit bizarre. As I go through the particulars, you may have a number of questions. I plan to write more on this subject in the coming weeks. If you have something you would like me to address, leave it in a comment or email me.

I believe that understanding some of these views on demons will help readers understand groups such as the ARC and the demon exorcism guidelines issues by Chris Hodges at Church of the Highlands and Robert Morris of Gateway Church. I am not saying they are linked but some of the theology between these entities is similar.

I knew of Wagner long before he became the Indiana Jones of the Territorial Demon set. He was well known for his advocacy for third world missions as a professor at Fuller Seminary. This blurb by Wikipedia is essentially accurate. He, along with the New Apostolic Reformation, have  attracted the attention of the national press.

Wagner served as a missionary in Bolivia under the South American Mission and Andes Evangelical Mission (now SIM International) from 1956 to 1971. He then served for 30 years (1971 to 2001) as Professor of Church Growth at the Fuller Theological Seminary's School of World Missions until his retirement in 2001. He is the author of more than 70 books. He was the president of Global Harvest Ministries from 1993 to 2011 and is currently the chancellor emeritus of Wagner Leadership Institute, which serves to train leaders to join in a movement known as the New Apostolic Reformation, an organization Wagner also helped to found. He is currently the vice president of Global Spheres, Inc.

For those who want a quickie summary of the New Apostolic Reformation, once again, Wikipedia gives a good overview. Here is a TWW overview as well. I hope to write more on this in the near future if the boys in certain authority driven churches can keep *incidents* on the down low so I can concentrate on this subject.

The New Apostolic Reformation (NAR) is a title used to describe a movement that seeks to establish a fourth house within Christendom, distinct from Catholicism, Protestant Christianity and Orthodox Christianity, largely associated with the Pentecostal and the Charismatic movements. Its fundamental difference from other movements is the belief that the lost offices of church governance, namely the offices of prophet and apostle are being restored.[

As I have read the biographies of those involved in the movement, it appears that Peter Wagner's relationship with John Wimber at Fuller led to the expansion of interest in third world countries and the reported, yet poorly documented miracles in that region of the world. Once again I stress, anecdotal reports with no documentation are not proof. Wimber got involved in all sorts of questionable demonstrations of what he termed as Holy Spirit manifestation such as the Toronto Blessing (Holy Laughter)

In 1974 Wimber joined with Fuller Seminary missiologist C. Peter Wagner in creating the Charles E. Fuller Institute, a church growth organization. While with the Fuller Institute, Wimber became fascinated by reports from the Two/Thirds World recounting the impact of healings and other divine signs and wonders. Through his own study and the influence of theologian George Eldon Ladd, Wimber became convinced that the demonstration of the power of the Gospel through miracles always served to validate the preaching of the Word.

In reviewing deliverance ministries at Equip.org

A third variety arose in what has been called the “third wave of the Holy Spirit,” centering around Fuller Theological Seminary and the Vineyard movement. Well-known leaders have included the late John Wimber, C. Peter Wagner, Charles Kraft, John White, and Wayne Grudem, and distinctive emphases include “signs and wonders,” church growth, and third world missions. This variety is characterized by a more comprehensive and systematic theological rationale that centers on the coming of the kingdom of God and a strong concern for multicultural evangelism. The notion of “territorial spirits” — ruler demons that hold entire cities or regions in bondage to unbelief and sin — is a recent innovation within third wave teaching.Well, as Elvis Presley, that great Southern theologian, sang: A little less talk and a little more action.

OK-that should get you going on the historical background. Now, let's get to the juicy part. When I first heard about some of the beliefs by Peter Wagner, I was shocked since I always thought of him as a missologist. However, his missology rapidly became entangled with scenes from Ghostbusters, Indiana Jones and a Michael Warnke *lecture.*

My short review of this book is best summed up as "Holy Cow!"

Before we begin, I apologize to our Catholic readers for some of the statements Wagner makes about Mary. It should be obvious that I think Wagner is a little out there and that I do not take his claims seriously. I believe it is necessary to expose his *theology* in all of its bizarre permutations.

Brief summary of the book

Ana Mendez, under the guidance of C Peter Wagner, climbs Mount Everest where the Queen of Heaven is supposedly suppressing the gospel from being spread in the region of Turkey. She is to *do battle* so that the QOH (Queen of Heaven) is defeated. This is not a fictional story, folks. As you read this list, see if you can find any of these things in the Bible.

Bullet points from the book

Let's start from the beginning. I am going to list some of Wagner's beliefs that led to this expedition as well as the expedition itself. Numbers in ( ) denote page number in the book which I read cover to cover in a state of astonishment!

The children gather wood, the fathers light the fire, and the women knead the dough and make cakes to offer to the Queen of Heaven. They pour out drink offerings to other gods to arouse my anger. (NIV Gateway)and
Jeremiah 44:17 We will certainly do everything we said we would: We will burn incense to the Queen of Heaven and will pour out drink offerings to her just as we and our ancestors, our kings and our officials did in the towns of Judah and in the streets of Jerusalem. At that time we had plenty of food and were well off and suffered no harm.(NIV Gateway) (24)

Co-Redemptrix is both a title used by some Roman Catholics of Mary, the mother of Jesus and a theological concept, which refers to Mary's role in the redemption of man. It has always been controversial and has never formed part of the dogma of the Church. The term "Co-redemptrix" refers to a subordinate but essential participation by the Blessed Virgin Mary in redemption, notably that she gave free consent to give life to the Redeemer, to share his life, to suffer with him under the cross, to offer his sacrifice to God the Father for the sake of the redemption of mankind.

One of Wagner's supporters, Ana Mendez, was *shown by God* that one of the major strongholds of darkness was located at Mt Everest in the Himalayas. This was *confirmed* by Peter Wagner and others. She then gathered a team together, along with Wagner's wife Doris, to launch Operation Ice Castle in September of 1997. Ana claimed that God gave her a vision of a huge castle of ice surrounded by mountain peaks which housed high ranking spirits. They made a big deal of the fact that Mt Everest, in Nepali, is Sagarmatha which means "Mother of the Universe." (51)

Our assignment from God was to take down the foundations of The Great Babylon, the harlot of many waters, who supported the false religious systems of the world. God clearly showed us where we should go for our main prophetic act by revealing a large, brown stone formation  completely surrounded by walls of ice resembling a castle and shaped exactly like an idol of the Queen of Heaven. (52)

Wagner claimed that several unmistakable signs in the natural world *confirmed* this prophetic act had been successful and it affected the invisible world. But, he does not share what these signs might be. He also claimed that Operation Ice Castle was kept a big secret because of the high degree of risk involved. This book is his supposed revelation of this top secret Mission Impossible.

After that expedition, they got another revelation that they were now to move into the Queen of Heaven's palace. They began spiritual mapping (a division of Wagner's Institute). This involves an evaluation what is going on the spiritual world that we cannot see.This mapping supposedly identified a number of locations over which the Queen of Heaven had influence. Those areas were then targeted for prayer action by prophetic intercessors. (55)

Then, the group arranged for tour buses to bring everyone to the amphitheater of Diana in which they prayed and shouted "Jesus is Lord." Apparently there were "outstanding Christina leaders from around the world, headlined by Ted Haggard who was the organizer of this event called Celebration Ephesus.(58).

This is the end of the book. However, there is another called Operation Queen's Domain in which they do it again! Apparently the Queen of Heaven is still causing trouble. But that is another story for another post.

I did not do much of an assessment on the number of questionable theological thought and religious events that were discussed. I plan to do that at another time. But feel free to discuss it in the comment section. I have left you with plenty of fodder for discussion.