"Church authority that is afraid of honest, constructive dissent and uses coercion to silence it is already on the way toward being a T.A.C.O." 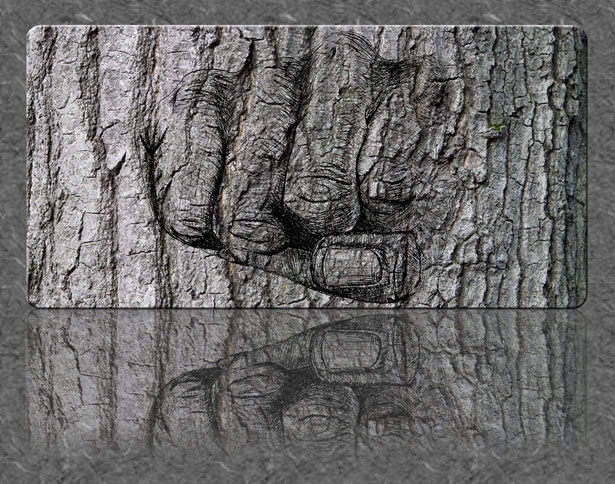 It has been nearly five years since Dee and I awakened from our slumber and realized that things are terribly amiss in Christendom.  What was the trigger?  It was the realization that some in the pastorate are encouraging short engagements and early marriages.  That summer we met with several pastors to query why they were so determined to push this agenda.  I remember telling them that I expected my daughter to graduate from college before getting married and that if my pastor advised otherwise, there would be repercussions…

I am pleased to report that my older daughter (who earned her undergraduate degree in May 2011) recently married her sweetheart whom she met the summer before she graduated.  They first became acquainted in New York City while doing a five-week Summer Project through Campus Crusade for Christ.  The wedding was beautiful, and I want to thank those of you who were praying for us.  My younger daughter is beginning her senior year of college, and I have the same expectations about her earning a degree.

Not long after that fateful meeting five years ago, our eyes were opened to a whole new world that we didn't even know existed.  We began to learn about the Young, Restless, and Reformed movement (aka New Calvinism), The Gospel Coalition, the Council on Biblical Manhood and Womanhood (CBMW), Together for the Gospel (T4G), Sovereign Grace Ministries (SGM), Mars Hill Church, 9 Marks, CrossWay Books, and many of the individuals involved in the YRR movement.  I became so concerned that I would often spend several hours a day researching these topics.  The more I discovered, the more alarmed I became.  As a wife and mother, I felt tremendous anxiety that my daughters might be influenced by what I considered to be dangerous trends.  Dee and I would discuss these matters, and then we felt led to launch The Wartburg Watch.  TWW has blossomed into something we NEVER envisioned.  Thank you for your loyalty, prayers, and support!  We are so grateful for this online community.

As we have kept up with discussions in the blogosphere, we have come to realize that others are greatly concerned.  One such individual is Roger Olson, a Professor of Theology at George W. Truett Theological Seminary of Baylor University.  Prior to joining the Baylor faculty, Olson taught at Bethel College (now Bethel University) in St. Paul, Minnesota.  It's worth noting that some of the YRR leaders have also taught at Bethel College and/or Seminary, namely John Piper, Wayne Grudem, and Bruce Ware.

In his fascinating article T.A.C.O.'s Anyone? which appeared on the Patheos website, Olson explained that for 17 years he taught on America’s Cults and New Religions on the college level (and also on the seminary level) and promoted an elective course to students on “Unsafe Sects”.

"One thing I discovered when teaching the course (and talking about “cults and new religions”) in numerous churches) was a term coined by some sociologist of religion: “T.A.C.O.”–”Totalistic, Aberrational, Christian Organization.” I don’t recall who coined the term (if I ever knew). It was used in print by sociologists to describe a category of churches and sects.

I think it’s time to resurrect it.

Just in the past two to three years I’ve encountered a number of evangelical Christians whose lives have been very negatively impacted by churches (and sometimes networks of churches) who most people consider “evangelical” but fit the profile of a T.A.C.O. Somehow, many of these are able to fly under the radar, so to speak, and not be widely recognized as that. Many conservative evangelicals admire them for their dedication, intensity and outreach."

He goes on to explain that there is a fine line between a high-demand, intense religious group and a T.A.C.O.  Olson then describes in some detail a personal experience with what he believes was semi-TACO-ish behavior in a “mainstream” evangelical congregation.  You can read it here.  Incredibly, he could have been describing the churches Dee and I had been attending before our own eyes were opened.  Olson believes that such behavior is not uncommon in today's congregations.  In case you're wondering what he would tell someone who has experienced this in his/her own congregation, he emphatically says “Run!”  Such behavior is not only unhealthy; it is abusive.

We absolutely concur with what Roger Olson recommends — there needs to be an agency LIKE the Evangelical Council for Financial Accountability to keep tabs on religious organizations and warn people about “evangelical” churches and sects (including “networks” of congregations) that behave in harmful ways.  He is spot on when he states:

"Being considered evangelical should not just be a matter of doctrine; a church with impeccable evangelical orthodoxy on paper might nevertheless be aberrational and abusive."

Here is an abbreviated list of behaviors Olson cites that should cause people to RUN from a congregation even though it appears doctrinally orthodox and evangelical:

Condoning (including covering up) sexual abuse or sexual immorality of leaders within itself.

Treating leaders as above normal ethical standards, above questioning.

Implying that “true Christianity” belongs to it alone or churches in its network.

Teaching (often by strong implication) that without the church, especially without the leaders, members lose their spiritual connection to God. (This happens in many, often subtle, ways. For example a church may claim that its “vision” of the kingdom of God is unique and to depart from it is to depart from God’s kingdom, etc.)

Simply closing itself off from all outside criticism or accountability by implying to its members that the “whole world” outside the church is evil.

The pastor literally owning the church lock, stock and barrel.

We have heard from so many who have been involved in T.A.C.O.ish organizations, and their testimonies bear witness to what Olson contends:

"Church authority that is afraid of honest, constructive dissent and uses coercion to silence it is already on the way toward being a T.A.C.O."

We will be continuing our focus on how to spot these kinds of religious organizations in an upcoming post.  There are a tremendous number of resources in the blogosphere on the characteristics of abusive ministries, and we will provide links to some of them.  Olson concludes his article with this recommendation:

"My advice is to RUN from such churches. And, if possible expose them as aberrational and abusive–even if their doctrines are perfectly orthodox by evangelical standards."

If you believe you are attending such a church, please prayerfully consider Olson's advice.

Here is a clip that seems apropos to this discussion: