"It's all about them: If a leader doesn’t understand the concept of “service above self” they will not engender the trust, confidence, and loyalty of those they lead. Any leader is only as good as his or her team’s desire to be led by them. An over abundance of ego, pride, and arrogance are not positive leadership traits. Real leaders take the blame and give the credit – not the other way around. Long story short; if a leader receives a vote of non-confidence from their subordinates…game over." link 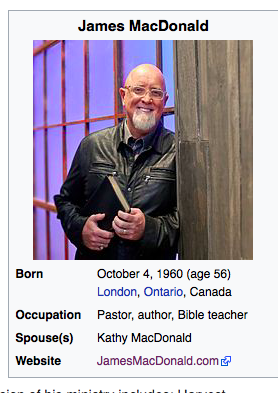 UPDATE 6/20/17 : Thanks to a reader, we have learned that Harvest Bible Fellowship is now a member of the SBC. I will add more info shortly.

This is a major development in the evangelical world. James MacDonald, a former Council Member of The Gospel Coalition, an authoritarian-focused Calvinista, and BFF of Mark Driscoll has just resigned, whatever that means. And he is not talking to anyone but his counselor because he has been *oppressed.* (Love that word.)

Throughout the years, MacDonald has been known for the firing and berating of elders, then apologizing much later, allegedly driving up enormous debt in his organization, living a fabulous lifestyle and indulging in gambling trips to Las Vegas with his other BFF, Jerry Jenkins. We have written extensively about all of this and have provided numerous links at the end of this post for those of you who need to play catch up.

Behind James MacDonald's Resignation from the Gospel Coalition

James MacDonald, pastor of the six-campus Harvest Bible Chapel, abruptly resigned from the Gospel Coalition on January 24 because of "methodological differences." MacDonald told Christianity Today his resignation was partly prompted by an invitation he extended to popular black preacher T. D. Jakes to appear in a debate event MacDonald sponsors.

Many evangelicals have accused Jakes of heretical views of the Trinity and of preaching a prosperity gospel theology. Observers questioned his planned appearance at MacDonald's conference, the Elephant Room, when MacDonald extended an invitation to Jakes last fall.

This website came back online with the resignation of MacDonald. We were in contact with them during the time the blog was in full swing. Here is why they started this blog, and this is a synopsis of some of the problems that caused them to begin to write about the problems at HBF. TWW supports their efforts in airing what appears to be significant problems in this organization.

On June 14, 2017, James MacDonald purportedly sent this letter to the members of Harvest Bible Fellowship. TWW thanks an anonymous reader who forwarded the letter to us.

I think it is helpful to read the entire letter since it gives MacDonald's perspective or the perspective that he is hoping you will buy. I have highlighted certain statements of particular interest. Look for:

Dear Brothers in this Great Work of Christ:

I want to write to you personally and share my heart about an important decision that I have come to over many months with my senior staff and Elders. First the decision, and then the parts of our rationale that I am comfortable making public.

As of this notice, the Harvest Bible Chapel that I lead is resigning all responsibility to lead our fellowship of churches and administer the funds that you send to our Elgin campus in support of church planting. I, too, am resigning my role as President and, as of this notice, retain no role of influence over the work of HBF. That work is being given over to interim Executive Director Brian White and his capable governance leaders, Ron Zappia, Bill Borinstein, and Robbie Symons. Please give them your full financial, prayer, and personal support — they are all good men. We will continue to plant Harvest Bible Chapels and Vertical Churches retaining ownership of those marks and brands which we gladly share without reservation or new condition with all of you. Our own church-planting efforts will happen under the governance of our own Elder board.

I am mindful of the time in 1999, when the best youth Pastor we had ever employed, Ron Zappia, became increasingly difficult to manage as the time for his church plant drew near. Looking back, we didn’t know how to let him leave the nest with the needed grace — and he was determined, but at times faltering, in seeking the freedom to fly solo. Today, this day, I love Ron Zappia more than ever and have truly been given a big heart of compassion for what he has endured leading “the other” Harvest Bible Chapel in Chicago. Add to that, the regularity of controversy resulting from my efforts to refute false models of Christlikeness fashioned by culture not Scripture … all that to say, Ron has endured a lot these past 17 years.

Like Ron, the rest of you have persevered with me to the point of exhaustion, and I am grateful to the Lord to feel such a strong release which is enthusiastically supported by our Senior Staff and Executive Elders. In this next phase of multiplication, the final one in my mind, I want to make sure I give the grace I wish I had given that first church planter so many years ago. Today, I will meet with Joel Anderson and release he and Jill with joy to an exciting new opportunity with Harvest Flagstaff. They will no doubt flourish there. I am sad to say I have grown weary in doing good and have not responded well at times to being trapped between judgment for not regionalizing sooner, and judgment for making the staff changes needed to allow unhindered regionalization. While some churches clamor for greater independence, others cling tightly to what has become comfortable. “Ok, everyone out of the nest!” I strongly desire a lasting friendship with each of you, and hope that learning to fly, even if you don’t all feel ready, is our best chance at being together long term.

Some final pending actions and suggestions:

The other side of the story

The curious story of the incident at Harvest Bible Academy

In February 2017, James MacDonald was teaching a Bible class before the entire high school student body. This is a Christian school run by HBC. MacDonald allegedly became irate at a couple of students and berated them before the entire student body for 10 minutes. Apparently, a cameraman associated with HBF was present and witnessed the incident, deeming it out of line and reporting it to HBF leadership.

The alleged incident upset the kids and teachers at the school so much that a number of families left the school immediately, and the camera man quit his job the next day. According to one source, this incident led to MacDonald being questioned by HBF pastors at a meeting in February. MacDonald was reportedly irate that his response had been questioned. This incident was supposedly the beginning of the end which eventually resulted in MacDonald's resignation™ letter.

A tony, new house for MacDonald?

If you look at the original list of complaints about MacDonald, written by The Elephant's Debt (listed above), you will see that MacDonald was allegedly criticized for taking an extremely large salary and living in a very fine house like his BFF Mark Driscoll. In 2014,it was reported that MacDonald agreed to live a less abundant lifestyle. Here is a copy of that agreement reported by the elders to HBC/HBF

Due to recent events, I am hesitant to continue to publicly post addresses, etc. for any public figure. I do have the documents to prove what I am going to say. If you do not believe me, please contact me via email and we can discuss how you may obtain these documents for yourself. Here is the info that I received from a kind reader.

He did sell his mansion in Inverness, and he moved to Elgin (a diverse community -although there are lilly white areas to be sure – that costs less that Inverness). Below are some files attached that provided mortgage documents and a interior photo. If you go to any real estate sales website or app and look up the property you can obtain interior photos – it was a rather nice 3500 sq ft home. For most that's a big step up, but whatever, for him it was a step down per his statement. You will notice these mortgage docs do not have James' name on them. I only knew it was his place because a close friend of his pointed out his new home. (Later documents confirm this tip)

…He no longer lives in the 3500 sq ft home on Gardinia. He built himself a new mansion on several acres. He bought it in trust to hide his ownership of the home. But, he messed up. I have attached three documents related to the new mansion James S. MacDonald built – they are named exhibit a, b, & c respectively. A is a mortgage on his new property. B is a newer larger mortgage on the same property, but C is a Mortgage Release, releasing the first mortgage before the second came become valid.

Take a look at the bottom of C. It says that these documents should be returned to James S. MacDonald at (address redacted by ed. ) So, this document connects James MacDonald to both properties. Now, here is some information about the new property.

According to the Township documents which I have screen captured, and you can check for yourself, state that this house is 8500 sq ft. A Mechanic Lien shows he has garage cabinet worth 26k – not bad. And the township has  a less than spectacular photo of the house on its website which I have also attached.

James MacDonald appears to be the consummate Calvinista to me. It's his way or the highway.

MacDonald wrote this over the top piece on congregational rule: Congregational Government Is From Satan. Always ask why someone need to revert to biblical™ hyperbole to get his point across. When thoughtful  debate morphs into "you are of Satan," you can be sure the person has an agenda and it is not biblical in any sense of the word.

MacDonald seems to be totally opposed to input from the congregation.  Here is how he views what happens to elders under congregationalism

The Elders spend the majority of time trying to keep these blasphemous enemies of the gospel in line and often finish their term of leadership crushed by the weight of unrelenting criticism.

Dedicated to James and Jerry in memory of better times