"He’s got a HUGE church that he oversees in the Chicago area – Harvest Bible Church…They have real estate like you would not believe.  James has the spiritual gift of real estate acquisition.  He took me into buildings so big I needed an app to just find my way out.  The things are enormous.  He has the ability to raise resources." 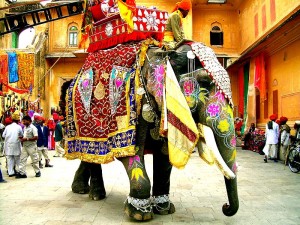 They say a picture is worth a thousand words.  The image above may be the best visual representation of the Driscoll/MacDonald alliance that is parading through Christendom.  Just this week they shared the stage with Rick Warren and Greg Laurie, among others, at the first ever Resurgence (R12) Conference.  Here is Mark Driscoll explaining why it was crucial to have James MacDonald address conference attendees.

When James MacDonald came under fire last fall for inviting T.D. Jakes to participate in the Elephant Room 2 Conference (held in January 2012), he swiftly responded with a blog post.  Here is an excerpt:

"T.D. Jakes website states that he believes God has existed eternally in three manifestations which is modalist language.  I am looking forward to hearing him explain his position currently and how that may have changed from things he has said historically.   I am also excited to hear him state his views on money, which may be closer to Scripture than the monasticism currently touring [the] reformed world.  I believe T.D. Jakes shows immense humility by being willing to step outside his own circles to interact with christian leaders and discuss his theology.  Getting people together within the broadest spectrum of Christianity who don’t normally interact, is what the Elephant Room is all about.  Talking about issues that separate with grace and truth is what the Elephant Room is all about.  We are greatly honored that T.D. Jakes has agreed to participate."

It wasn't just Jakes' modalist language that MacDonald was addressing in his post.  We were startled by the following statement:  "I am also excited to hear him state his views on money, which may be closer to Scripture than the monasticism currently touring [the] reformed world."  That chiding remark directed at his reformed colleagues along with his praise of Jakes' humility may shed some light on the true conflict that led to his resignation as a Council Member of The Gospel Coalition (TGC).  We can only speculate… Shortly thereafter, Mark Driscoll also resigned as a Council Member of TGC.

Two former members of Harvest Bible Chapel (HBC) have recently established a website outlining their concerns about James MacDonald and HBC.  They are Scott William Bryant and Ryan Mahoney (not to be confused with 'Mahaney').  When they left the church in 2010, they remained tight-lipped; however the Elephant Room 2 debacle involving T.D. Jakes was the tipping point.  Please take the time to read their story.

Here is what Bryant posted on the website Blood Stained Ink:

"Over the past few months, Ryan Mahoney and I have spent a great deal of time researching and writing on the subject of James MacDonald and Harvest Bible Chapel.  During that season, many of you have asked us why we write on this subject.  Tonight, we are prepared to offer you part of our story.  For some of you, this may be painful to read; and it may bring up feelings of anger, resentment, or even doubt.  For others, our story may offer you a sense of release – a sense of finally being able to put a finger on the unease many of you have expressed.  For us, we offer this with mixed emotions, many of which are too personal and complicated to fully explain.  But it should not go without mentioning that in the lectionary reading of October 6th, we find two passages (Psalm 92:1-5 and 2 Samuel 1:1a, 17-19; 23-27) that bring us comfort even as they bring us a measure of sadness and lament.  So without further comment, we offer you The Elephant's Debt."

Why do Bryant and Mahoney call their website The Elephant's Debt?  The following summary will answer that question.

"The Elephant’s Debt is a website dedicated to exploring some of the underlying reasons why many people have recently begun to both privately and publicly question the ministry of Pastor James MacDonald and Harvest Bible Chapel of Rolling Meadows, Illinois.

Over the first ten years of its active ministry, HBC could have been fairly categorized as a non-denominational, broadly evangelical church that was largely conservative in its biblical and fiscal orientation.   However, critical events in the early days of the new millennium appear to have brought about a significant shift in fiscal responsibility, which was later followed by an apparent shift in theological and methodological commitments.

By the close of 2010, Harvest’s balance sheet revealed that the church, while under the pastoral leadership of James MacDonald, had amassed approximately $65 million of debt.  While this number in and of itself is shocking, what makes it worse is that HBC leadership told the people in a letter that they were “not going to put our church in a bad position financially.”  Moreover, as will be demonstrated later, this debt load far exceeds what churches of similar size are known to carry.

Even more concerning is the fact that as of 2010, James MacDonald was making more than half a million dollars per year, not including any income potentially derived from sources outside of Harvest Bible Chapel and Walk in the Word. Finally, in the midst of Harvest accumulating these financial liabilities, James MacDonald purchased the $1.9 million Inverness estate formerly owned by U.S. Senator Peter Fitzgerald."

"The following is the story of how Harvest Bible Chapel went from being a church flush with equity to a church burdened by approximately $65 million of debt (please see The Documents for all supporting materials).

In 2003, Harvest Bible Chapel was a flourishing, single-site church located in Rolling Meadows, Illinois.  At that time, Harvest had been in their facility for eight years, and according to the leadership of the church, their mortgage was nearly paid off, as they had built up approximately $10 million in equity in the property.

Unfortunately, by February of 2003, things were beginning to change.  With the limitations of physical space pressing down upon Harvest, they were searching for a new property upon which to build a single-site church.  However, when another nationally known ministry decided not to accept the donation of the old Safety Kleen corporate headquarters in Elgin, Illinois, Harvest stepped in and gratefully accepted the donation…"

Please click on the above link to read the rest of the story.

Bryant and Mahoney end this section on the church debt with the following question:  During the accumulation of this $65 million debt, did Pastor James MacDonald personally profit from the rapid expansion of his ministry?

Here is how they respond to that question.

"In 2009, Pastor James MacDonald received over $500,000 in monetary compensation from Harvest Bible Chapel and Walk in the Word.  This does not include any monies received from Harvest through his access to a staggeringly large personal expense account. It also does not include any possible, additional income he may have derived from other sources including: preaching fees, outside speaking fees, Churches Helping Churches, Harvest Bible Fellowship, book royalties, advances on book sales, 403B employer contributions, health benefits, or any other potential sources of income.

In October 2005, Pastor James MacDonald purchased a home in Inverness, Illinois for $1.9 million…"

As our loyal readers know, pastoral authority and church polity are hot-button issues that are often discussed here at TWW.  According to Bryant and Mahoney, there was a dramatic shift in power at Harvest Bible Chapel which appears to coincide with the escalating church debt.  Again, here is an excerpt from The Elephant's Debt website:

"From the earliest days of Harvest Bible Chapel, the church was governed by the consensus of the elders.  When a motion was put on the table, it was considered necessary for all members of the board to approve of the motion for it to carry forward.  If one individual dissented, the motion was tabled for future discussion.  When the time came for reconsideration, if the objecting elder had not come around to a place of agreement or a willingness to lay aside their objections, the board would not move forward.  Thus, every decision of the elder board was arrived at by the practice of consensus.

By 2007, as a direct result of the unprecedented debt that had been accumulated under the leadership of James MacDonald, there were significant and routine conflicts occurring between MacDonald and the elder board.  These meetings culminated in a particularly tumultuous confrontation which reportedly functioned as an ultimatum by the elders on MacDonald’s leadership.  At the climax of this meeting, the Senior Pastor of HBC reportedly said something to the effect of:

“If you want to remove me, you’re going to have to sue me to get me out of here.  And gentlemen, I have two things you don’t have: control of the pulpit and the control of the money.  So good luck.”

Following this meeting, further attempts to peaceably govern alongside MacDonald were made internally.  When these attempts failed, in the eyes of some, elders began the arduous process of disentangling themselves from this ministry."

There is much more under this category, which is definitely worth reading.

Bryant and Mahoney aren't the only ones who are deeply concerned about Harvest Bible Chapel and the leadership of James MacDonald.  According to their website "many long-standing elders and highly influential staff members have departed Harvest Bible Chapel.  While the circumstances of their departures are unique to each of them, each has his own story to tell."  To access that list of disenfranchised elders and staff members, click here.

So what's the plan to get the elephant (HBC) out of the ditch?  The 5G Campaign.  Why 5G?  According to the campaign information, the five G's are glorifying, growing, gracious, generous, and grateful.  May I add a 6th G?  GIVING (is that what is meant by "generous"?)  Here is a portion of what Bryant and Mahoney have shared about this campaign:

" How much of the money raised by this 5G campaign has been publicly earmarked for debt reduction?

According to Harvest’s FAQs about the 5G Campaign, two projects have been assigned the highest priority.  First, Harvest intends to utilize some of the funds raised to “build out the Worship Center at the Niles Campus,” allowing more people to attend and, more importantly, tithe.  Following that, the second stated priority “would be to make the Harvest Cathedral ‘fit’ to become a campus location.”  And after that?

So, faced with a staggering $65 million debt, James MacDonald and the leadership of Harvest Bible Chapel have publicly elected to place the highest priority upon expanding their material assets as opposed to directly paying down on the debt and securing Harvest’s financial stability."

The 5G Campaign was rolled out during the latter half of 2011, and last September MacDonald announced that T.D. Jakes would participate in the Elephant Room 2. Now we know why MacDonald wanted to hear about Jakes' views on money. Has the prosperity gospel finally come to Harvest Bible Chapel? We will continue to follow this story and keep you apprised of further developments. We are anxious to see whether the elephant can get out of the ditch. Dee and I are absolutely astounded by the extensive investigative work conducted by Scott William Bryant and Ryan Mahoney, as well as their documentation.  Their website is impressive and could serve as a model for other whistle blowers who are fed up with hyper-authoritarian leadership at their churches.  We hope you will take the time to visit The Elephant's Debt website.