“If we are to fight discrimination and injustice against women we must start from the home for if a woman cannot be safe in her own house then she cannot be expected to feel safe anywhere.” ― Aysha Taryam link 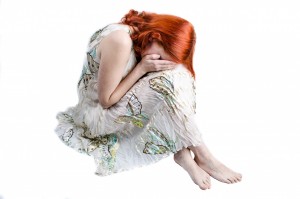 Last year, our good friend Eagle, kept asking me why I had not investigated the Evangelical Free Church of America (EFCA) since he believed that the EFCA was becoming more and more involved with the typical suspects in the Calvinista crowd. "Surely," he said, "There are examples of abusive church discipline in that denomination." Eagle used to attend an EFCA church.

I suggested that God may have put that group of churches on his mind because he was supposed to look into those churches himself and blog about them. Eagle went on to document the number of churches in the EFCA that appear to be drifting towards hard core Calvinism. He looked at every website of each EFCA church in the United States(!) and wrote about what he discovered.

Along the way, he became acquainted with various concerning situations. One incident was a disturbing story involving Pastor Steve Estes and Community Evangelical Free Church. Estes is also a faculty member of Westminster Theological Seminary. I have contacted the seminary for a statement but I doubt I will hear from them. The abuse of women in the church does not seem to be a priority for this seminary.

Here is a review of the incident that was brought to the attention of the EFCA hierarchy.

On March 16, 2016, TWW posted The Allegedly Abusive Church Discipline Practices of Steve Estes: Senior Pastor of CEFC and Lecturer at Westminster Theological Seminary. After hearing about the story from David Bonner, I have spoken to four friends of the abused victim and I believe their accounts.

Steve Estes and His Boys (aka *Elders*) excommunicated the wife for not  following their *authority* but Steve's little boy is walking in repentance.

Let's go over what Steve Estes and his men did to his allegedly (for the lawyers) abused (I believe her) daughter in law.

1. When she wouldn't return to the marriage, fearing for her life, they excommunicated her. Not only that but they declared her:

2. What did they say about Brock, the allegedly abusive (I believe he was) son?

Daddy Steve declared him the most repentant man he had ever seen in 30 years! No bias there…

Note: In this statement, Daddy Steve did not deny what his boy did…

What is the problem with Daddy Steve's responses.

I contacted WTS for a statement re: Steve Estes remaining on faculty.

You can read about the lack of response in our post Westminster Seminary (PA) Remains Mum on Whether Battered Wives Should be Excommunicated When Leaving Abusive Spouses. Of course they didn't answer.

The EFCA denomination held an investigation.

According to multiple sources in Elverson its my understanding that the EFCA put together a fact finding committee that consisted of 5 people to look into the situation with Steve Estes church. This committee met with former members of Community Evangelical Free Church. Then they met with Brock Estes and finally Steve Estes and the Elverson church Elders. This fact finding committee met with the leadership of Community Evangelical Free multiple times in trying to understand what happened.

The EFCA also apologized to Hurit and her family while working diligently to corrects this sad situation.

In the process it is also my understanding that Eddie Cole humbly approached the family of Hurit and apologized for what happened. What would happen over the year is that Eddie Cole, Greg Strand and the EFCA poured a lot of time, money and effort in trying to fix this situation. I will go into more detail below but the communities of Elverson and Morgantown should know that the EFCA worked hard in trying to fix the situation.

The EFCA allegedly determined that Steve Estes and CEFC were in the wrong and offered recommendations on how to rectify this situation.

The church held a business meeting and decided to rescind Hurit's excommunication but not apologize for what they did.

During the meeting, Estes allegedly claimed the church had to take a hardball stance on divorce. (Such a big manly man, dudebro response.)

Then the following occurred.

On Monday December 6, 2016 Doug Mountiz showed up at Hurit’s house at 7:30 in the morning and dropped off a letter addressed to Hurit. This one page letter was incredibly cold from my understanding. In that letter Community Evangelical Free said that over two years had passed since Hurit was placed under church discipline. It said that the case of church discipline  was complicated due to family connections in the church. The goal of rescinding the excommunication of Hurit was to help preserve the church which was being torn apart in two.

The letter did not apologize to Hurit or her family for what Steve Estes church did. Instead they were releasing Hurit from church discipline in order to preserve the church. The church refused to admit that is was wrong. Its also my understanding that the Community Evangelical Free church still believes that Hurit did not have Biblical grounds for divorce. Also the letter from what I heard declared that that there would be no formal service of restoration.

This letter combined with the business meeting revealed that Steve Estes church had jumped the gun. This was done without the knowledge of the EFCA leadership in Minneapolis, or the Eastern District. Allegedly when the EFCA leadership in Minneapolis saw the letter that Doug Mountiz dropped off they were horrified. This letter I believe led to increased tension between Community Evangelical Free Church in Elverson and the national EFCA denomination. The EFCA was uninvited by Community(CEFC-ed) leadership and were blindsided and its my understanding that they were surprised that Elverson behaved this way. With that it was realized that this is an Elder Ruled church and not an Elder Led, which is how the EFCA operates.

It appears probable that Steve Estes and CEFC will leave the EFCA and become a rogue congregation.

There is another problem as well as since Community Evangelical Free Elverson and the EFCA are eventually parting ways. This church was incorporated in the 1970’s as a part of the EFCA denomination through the Eastern District. This church in all likelihood is going to have to reincorporate their property, name, business materials, etc… That is not going to be cheap. But since they want to break away from the denomination they are going to be required to do it.

What I predict is going to happen is that at the next business meeting Steve Estes is going to go before those who remain and say that Elverson no longer wants to be a part of the EFCA. Its my belief that Steve and the leadership will manufacture some reason to try and say, “we need to break away."

Steve Estes may no longer a certified pastor in the EFCA.

Eagle is checking into this and we will update this post as information becomes available.

Speaking of Steve Estes, it's my understanding that the EFCA would not certify him as a pastor.

This seminary adheres to strict Reformed teaching. Within that theology, churches are to be subject to a denominational hierarchy if they belong to an approved denomination. Is this an example that the seminary wants to role model for their students? If Estes is permitted to teach at the seminary, then it appears that WTS silently condones:

If Estes continues to teach, you can be sure that we will see more church discipline for abused women while the abuser "repents" and goes on his merry way. be sure to ask any graduate pastor from WTS how they would handle this sort of a situation. If they agree with *the Estes approach,* women should get out of that church.

Some closing thoughts by Dee

Huzzahs go out to the hard working denominational leadership who showed compassion for an abused women, unlike CEFC.

one thing that needs to be highlighted is that the communities of Elverson and Morgantown need to understand the time and effort Eddie Cole poured into this problem set. When Community Evangelical Free rebuffed the District leadership Eddie rolled up his sleeves and went back to work and tried, and worked with, and got support from Minneapolis in dealing with this church.

People flew out from Minneapolis in trying to work with this church and resolve this issue. In the end the problem will be not the EFCA leadership either in Minneapolis or the District. The problem remains with Steve Estes. So its my sincere hope that the community will communicate to Eddie their thanks and appreciation for his efforts.

It is rare that this blog gets to compliment denominations for their intervention in abuse situations. We commend EFCA for giving our readers some hope that there are groups who care about abused women.

Once again, great job Eagle! You have made a difference.