"Often things are as bad as they seem." – Sheldon Kopp link 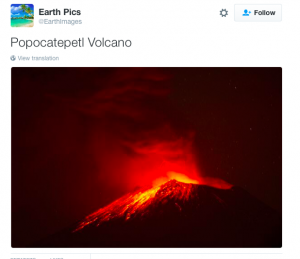 Update 4/19/2016  Correction: Brock was allegedly abusing adult pornography- not child pornography.  We tried to correct this in the original post but this one slipped through. We apologize for our error.

Something bad happened last week. Dr Albert Mohler told a joke about Googling CJ Mahaney's name which resulted in laughter by some of the 10,000 attendants at T4G 2016. So, in addition to inviting CJ Mahaney to speak, Mohler added insult to injury by apparently mocking the pain of child sex abuse cover up.

Something good happened last week. Pam and Dominic Palmer, along with SNAP, protested at T4G 2016 and garnered some media attention. Albert Mohler told a joke that caused many people to pause and ask "Do the leaders of T4G and, by default, The Gospel Coalition and CBMW actually care about the victims of child sex abuse?" This joke opened up a floodgate or comments on Twitter.

It is my opinion that those who care about the abused would never have made such a joke or laughed at its telling. It is also my belief that people who truly love those who have been abused would never have invited Mahaney to speak. Better yet, if Mahaney truly cared about those who were hurt under his watch, he would not only have rejected a speaking role but would have spent the time seeking out those who experienced pain under his watch and apologized.

A spotlight is now shining into this darkness.

Silence is still the modus operandi but it is increasingly being questioned.

The Daily Beast wrote an article about CJ Mahaney's appearance at T4G. It is worth a read and not just because TWW got a shout out.  For me, the most interesting statement in Pastor Accused of Covering Up Abuse Returns to Spotlight was the following found at the end of the article.

Request for comment from Sovereign Grace Churches, Together for the Gospel, and Albert Mohler were not returned in time for this story.

Frankly, I would be afraid to comment if I were them. This is the proof that these men do not truly care for the victims of child sex abuse. These poor families have become the fodder for a joke by a seminary president. Al Mohler is one of the most respected Neo-Calvinist leaders and he has now declared his true feelings. Never again will he be able to say, with a straight face, that he is concerned about child sex abuse. Never will the men who laughed at the joke be able to say the same. Never again will those who sat there and didn't walk out be able to say that they are more concerned about those who are victims than they are about the opinion of their BFFs….  unless they repent and attempt to reach out  to those victims.

From this point forward, if they remain silent, they have declared themselves. Silence is deadly thing when it comes to abuse and that includes domestic violence.

Westminster Theological Seminary will not tell me what their policy is on domestic violence.

On March 16, 2016, TWW posted The Allegedly Abusive Church Discipline Practices of Steve Estes: Senior Pastor of CEFC and Lecturer at Westminster Theological Seminary. After hearing about the story from David Bonner, I have spoken to four friends of the abused victim and I believe their accounts.

Steve Estes and His Boys (aka *Elders*) excommunicated the wife for not following their *authority* but Steve's little boy is walking in repentance.

Let's go over what Steve Estes and his men did to his allegedly (for the lawyers) abused (I believe her) daughter in law.

1. When she wouldn't return to the marriage, fearing for her life, they excommunicated her. Not only that but they declared her:

2. What did they say about Brock, the allegedly abusive (I believe he was) son?

Daddy Steve declared him the most repentant man he had ever seen in 30 years! No bias there…

Note: In this statement, Daddy Steve did not deny what his boy did…

What is the problem with Daddy Steve's responses.

Given that SBTS President Albert Mohler thinks that child sex abuse cover up is a joke, I wondered what those in charge of Westminster Theological Seminary believe about domestic violence since Daddy Steve is also Professor Steve at WTS,

Why does this matter?

Estes is an adjunct professor of of Practical Theology at Westminster Theological Seminary.

What is Practical Theology?

According to Compelling Truth

Practical Theology is the branch of Christian theology that focuses on the everyday or modern day implications of Christian theological beliefs. This area of theology is often the focus of pastoral ministry students, missionaries, Christian education directors, and other vocational ministry roles in Christian colleges and seminaries. The definition of one well-known seminary notes Practical Theology as, "Practical theology is the application of theological truth to all of life, particularly the life and work of the church."

Since we know that Calvinists (Westminster is a Reformed Seminary) love the Puritans we learn:

One English Puritan writer named Richard Baxter (1615—1691) has often been associated with the area of Practical Theology due to his authorship of a large, four volume book called A Christian Directory of Practical Theology. Its writing covers a wide range of practical and social issues from its time and was very influential upon its publication. His work consisted of the four areas of Christian Ethics (or Private Duties), Christian Economics (or Family Duties), Christian Ecclesiastics (or Church Duties), and Christian Politics (or Duties to Our Rulers and Neighbors). These were only part of the 141 book titles attributed to Baxter.

Today, the Association of Practical Theology serves as an academic group consisting of scholars and ministers who research the implications of Christian faith and practice (practicaltheology.org). Areas addressed often include aspects of social justice, church growth and administration, spiritual formation, and preaching/homiletics.

So, for those of us who like the bottom line:

Practical Theology is the practical application of theology to church life. That, dear folks, involves excommunicating an abused woman, declaring her a non-Christian and turning her over to Satan.

What does Westminster Seminary teach the up and coming male only pastors about domestic violence?

Knowing this, I wondered if it were possible that Steve Estes is teaching young men to excommunicate battered wives and then declare them non-Christians and say they are turned over to Satan. It sure seems to me that he believes this sort of thing is a correct application of his Calvinist theology.

I called the seminary twice and left messages for an academic advisor and a communications advisor asking the following questions.

I said I would quote any response word for word. No answer…No surprise…

On the third try, I spoke with the administrative assistant in the Office of the President. I asked the same questions. I also said that I would be posting on this matter within a week and that, unless I had a response, I would have no choice but to think that the silence means that the seminary has some difficult standards when it comes to abused spouses. I got no response.

WTS states here that domestic violence is a crime and should be reported. I did a search of their website and Google and found very little else said. If more information is out there, it is not easily accessible and no one from the President on down is talking.

This I do know. Steve Estes is still teaching *Practical Theology* and that just about says it all. Also, Carl Trueman, who is on the WTS faculty exonerated CJ Mahaney which may mean the seminary also has some concerning theology on how to handle child sex abuse cases in churches.

It would be wise for battered women in churches with pastors from this seminary to be circumspect about discussing their situation with such pastors. Instead, they might consider getting a competent attorney and counselor outside of the church as well as resigning their membership prior to initiating divorce proceedings.

WTS: TWW is still willing to post a response on your practical theology applications on both domestic abuse and child sex abuse beyond "report it to the police."