I believe in Christianity as I believe that the sun has risen: not only because I see it, but because by it I see everything else.-C. S. Lewis link 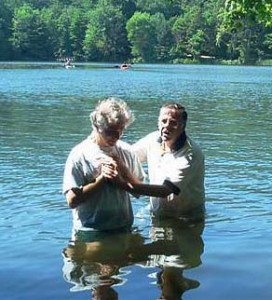 Today, I am posting two shorter posts. This is Post 1.

A few years back, my husband met with an elder after we expressed concern about the way the church handled a pedophile situation. (Aside-thankfully that pedophile is in jail for a long time.) Here was the opening rejoinder on the part of this *leader.*

Well, I don't question your salvation but…(diatribe about our thoughts.)

My husband said that it was obvious that he was questioning our faith or he would not have started off the conversation like that. Now, this church is a member of The Gospel Coalition and the pastor is on the council. Relationships have been established with folks like Mark Dever, CJ Mahaney, etc. In other words, they drink the Kool-Aid.

To this day, I remember the moment in which I became a Christian during an episode of Star Trek. I remember the chair in which I was sitting, the television I was watching, my father's glasses sitting on the table, etc. Although my conversion was not the usual one, I knew something profound had occurred and that I was somehow different. I have never doubted that I was saved at that moment. I have struggled with faith but I remember that moment and it has sustained me. There is no one in this world that could ever tell me that I am not saved.

This blog has written about the 9Marks and their obsession with holding the keys to authority which result in their being able to pronounce who is and who is not part of the kingdom. You can read one of our posts about this here. Here are a couple of excerpts.

The church gets to decide who is a true confessor of the faith and who is a "citizen of the kingdom of heaven."

But, strictly speaking, I would argue that the exercise of the keys is the pronouncing of a judgment. It is a legal or judicial binding or loosing. It is a church’s decision about what constitutes a right confession and who is a true confessor.

In other words, the keys are put into practice whenever

a church decides upon a confession of faith that will bind all church members,
a church admits a member,
a church excludes a member.

The holder of the keys—the church—is being called upon to assess a person’s life and profession of faith and then to make a heavenly sanctioned and public pronouncement affirming or denying the person’s citizenship in the kingdom and inclusion in the church.

The gathered local church is authorized in Matthew 16, 18, and 28 by Christ’s keys of the kingdom to make an international declaration about a what and a who: what is the gospel, and who is a gospel citizen?

That means 90% of Christians think this is bunk!  Finally, the sheep say "Enough!"

For good measure, CT decided to quote a few people who are not so happy about this survey outcome. In fact, my guess is that this will become the new "jam it down your throat" doctrine in the coming year.

First we have the Al Mohler declaration followed by his equivocation. Apparently he wants to leave open the possibility that the Almighty might choose to exercise His options on the matter.

“Of course the local church has this authority. This is actually its responsibility, and it is exercised by every congregation that requires a credible profession of faith for membership—though the church cannot declare this with eternal certainty.”

Of course, Jonathan "Keys" Leeman weighed in. Never forget that he belongs to the 9Marks/Hotel California crowd that played games with Todd Wilhelm.

“Church membership, made visible through the ordinances, is a public affirmation of someone’s profession of faith. Church discipline is the removal of that affirmation. The latter is not a denial that someone is a Christian; it’s the statement that the church is no longer willing to affirm someone’s profession.”

Can you imagine the likes of Driscoll and Mahaney, along with those who have supported them through the years getting to decide whether of not they will *affirm* your salvation? Just say no! Stay strong, Christians! You know in Whom you have believed. Do not let anyone tell you differently.

Next time some authority junkie questions your salvation, don't take them seriously. Send them a link to this video!