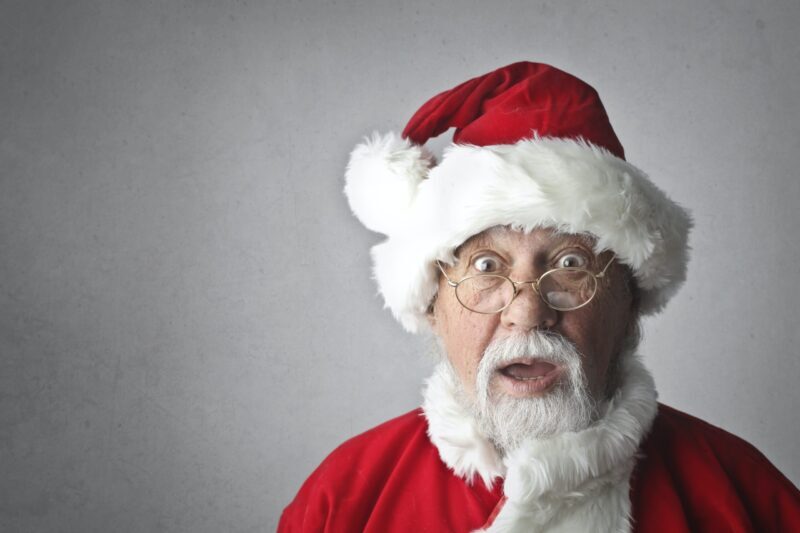 There are two posts tonight to keep us up with many discussions.

Enjoy this letter sent to me, written by the elders at The Village Church. See if you learn why he has to suffer such toil with “trusted outside experts.” 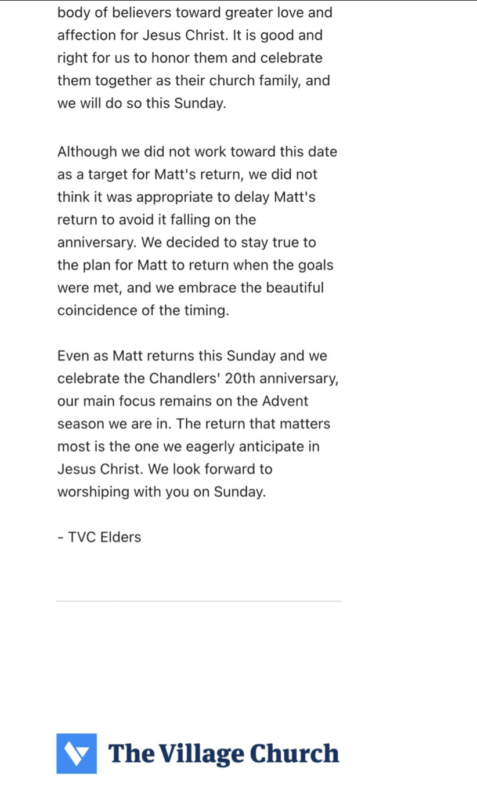 During his LOA, he studied the Scriptures, prayed, and exhibited humility and submissiveness. It didn’t mention that he got to go hunting during this time of contemplation.

TVC, did you know?

Does anyone outside of his cabinet really know what he did? As far as I can tell, he made some coarse joke with a woman he knows. His wife knew and was OK. Anonymous woman’s husband knew, and he was OK. If that is all that happened, why didn’t the gang tell him to cut it out, dock him a week of pay, and go on?

What happened during this LOA while we’re on that subject? We know he went elk hunting in Colorado. Was he paid during his shore leave?

Do you see what I see?

Let’s get back to what caused all the furor. Here are the two options from my POV. Can you suggest others?

I wonder as I wander if this was really a ‘beautiful coincidence.”

The cabinet reminded the pew sitters that this weekend is the 20th anniversary of Chandler’s initial appearance at TVC. They claim that this wasn’t planned and it was happenstance. Forgive me, but I find this absolute nonsense. Could it be that the elders are hinting that God is behind Chandler’s second coming?

Please tell me they won’t plan a standing ovation on Sunday. It sure sounds like they are leading up to this. They will let everyone know they did not plan or encourage a standing ovation. Look out for the possible plants in the auditorium who will jump up, clap, scream and yell and get the party going when “he appears.”

Ovations for a sin that resulted in a three-month LOA would be crass, prompted by vacuous people who have been ill-taught on how to approach repentance.

I would hope that a ‘Silent Night’ might be observed, but that would not be fun, would it?

It’s now over, and things can get back on track. So, will the principals and key players quickly deep-six questions from the hoi polloi and tell them to “trust their authority?” I hope I’m wrong, and we will see a newly chastened Chandler who exhibits humility and submissiveness. If so, it will be time to “Deck the Halls.”