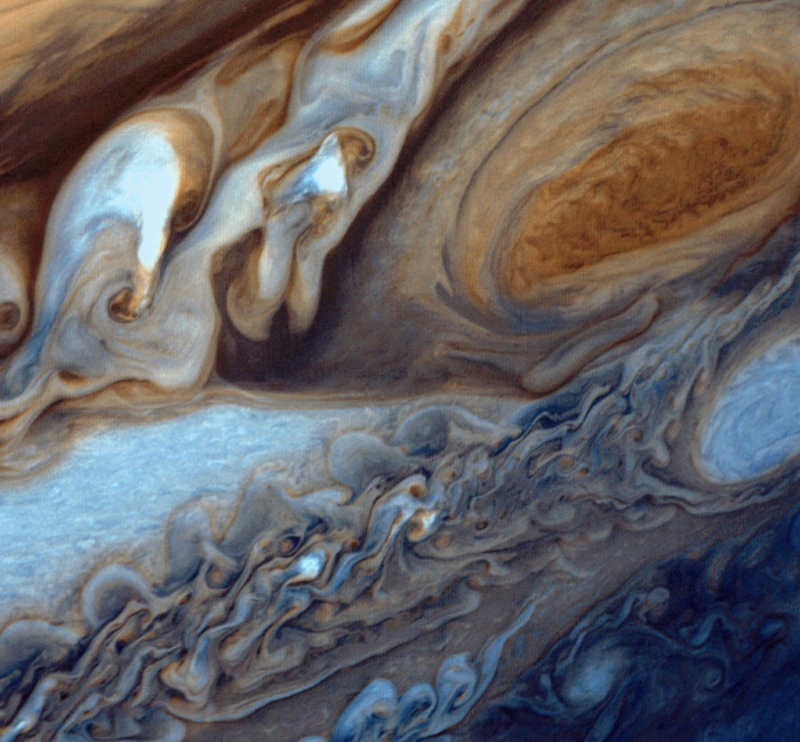 “It is when we notice the dirt that God is most present in us; it is the very sign of His presence.” CS Lewis

What you are about to read transpired in the course of this last week.

Six months after publicly admitting sexual misconduct, Southern Baptist pastor and denominational leader Johnny Hunt has been cleared to return to ministry by a group of four male pastors who have been counseling him.

Of the 70-year-old Hunt, one of those spiritual advisers declared: “We believe the greatest days of ministry for Johnny Hunt are the days ahead.”

That comment from Steven Kyle, pastor of Hiland Park Baptist Church in Panama City, Fla., exemplifies the upbeat tone of a 14-minute video that features Kyle, along with pastors Mark Hoover, Mike Whitson and Benny Tate. After the four pastors give testimony to Hunt’s repentance and hard work, Hunt and his wife, Janet, appear. Hunt offers thanks to those who have supported him and expresses his excitement about “the next chapter of our lives.” Janet Hunt does not speak.

Go to the video and learn all sorts of wondrous things.

What did Hunt do?

Hunt now claims this alleged assault was a consensual act. Here is a synopsis from Wikipedia.

In May 2022 he resigned from the North American Mission Board after a report investigating the Southern Baptist Convention’s handling of sex abuse cases was released and included an accusation that he had sexually assaulted another pastor’s wife in 2010 which the report found credible. Hunt denied the accusation.[9] The Guideposts Report states: “We include this sexual assault allegation in the report because our investigators found the pastor and his wife to be credible; their report was corroborated in part by a counseling minister and three other credible witnesses; and our investigators did not find Dr. Hunt’s statements related to the sexual assault allegation to be credible.”[10]

Johnny Hunt has since admitted to allegations but claims the encounter was consensual.

Many abuse advocates, of which I’m one, believe the Guidepost account and do not believe Hunt should ever be involved in ministry again.

Did Hunt need to be exonerated to speak at a conference? 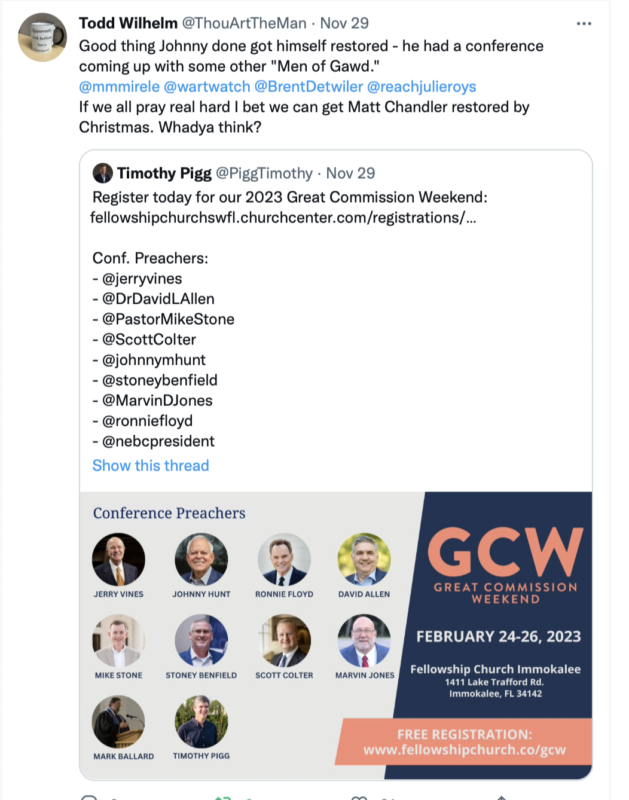 I particularly liked this tweet from Robert Downen, who also nailed it. 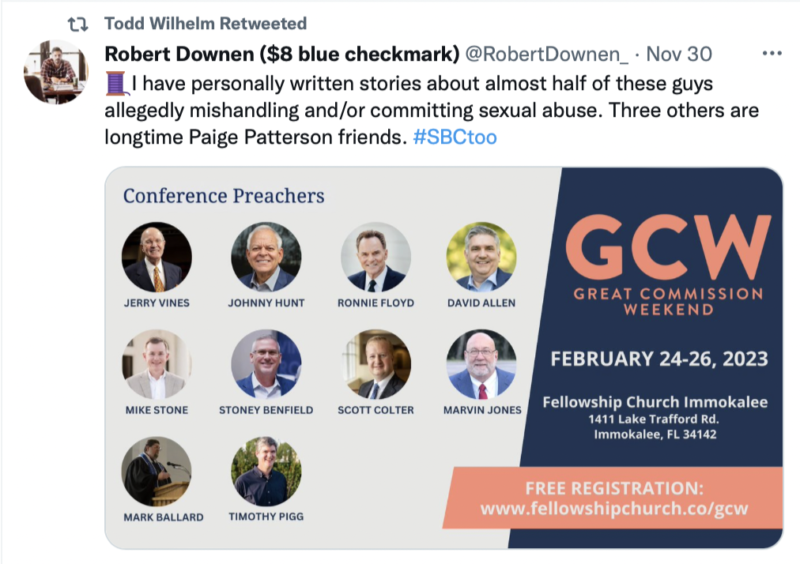 Bart Barber condemns restoration, calls it a sham, calls Hunt a liar, and hints that Hunt may be permanently disqualified from being in ministry. However, he can’t do anything about it.

Once again, the rather impressive SBC president, Bart Barber, wades onto the morass as reported in SBC president blasts idea of Johnny Hunt’s ‘restoration’ to ministry.

In a highly unusual move, the current president of the Southern Baptist Convention has denounced the “restoration” of a former SBC president to ministry six months after public allegations of sexual abuse.

“The idea that a council of pastors, assembled with the consent of the abusive pastor, possesses some authority to declare a pastor fit for resumed ministry is a conceit that is altogether absent from Baptist polity and from the witness of the New Testament. Indeed, it is repugnant to all that those sources extol and represent,”

…Barber, the current SBC president, was emphatic in his Nov. 30 statement that the so-called “restoration” of Hunt by a hand-picked group of pastors is a sham.

“In 2021, the messengers of the Southern Baptist Convention annual meeting adopted a resolution ‘On Abuse and Pastoral Qualifications.’ I was a member of that committee. I contributed significantly to the content of this resolution. It reads, in part, ‘any person who has committed sexual abuse is permanently disqualified from holding the office of pastor.’ This is the sentiment of the Southern Baptist Convention.”

Timothy Pigg removes Hunt (but not the rest) from the conference.

Within hours of Barber’s post, the sponsoring pastor of the Great Commission Weekend said he had asked Hunt not to participate this year. However, the original publicity including Hunt’s name and photo remained on the church website and on the pastor’s Twitter feed the next day.

“In a stroke of naivete, I did not in wisdom allow enough time to pass before inviting Dr. Johnny Hunt,” said Timothy Pigg. “Therefore, in light of this oversight of wisdom, I have asked Dr. Johnny Hunt to step aside from being with us at our 2023 Great Commission Weekend.”

The real problem for the SBC is autonomous churches doing their own thing and the leaders having little (if any) authority to stop them.

For example, Hunt spent over 40 years building FBC Woodstock, where he was pastor emeritus until the abuse allegations surfaced. Theoretically (or is it theologically?), he should be under the care of that church. But, when the going gets tough, ditch the theology and join another church like the church of the guy that exonerated you. According to the Christian Post: SBC head rejects claim ex-president Johnny Hunt has been restored to ministry after abuse alleIt’son:

He was suspended by the church in June after allegations he sexually assaulted a younger pastor’s wife in 2010 were deemed credible by an investigation. He is now a member of Kyle’s Hiland Park Baptist Church in Panama City.

As I watch the SBC continuing to split into factions, I wonder how long they will hold together. It’s just so easy to do whatever one wants in this denomination of autonomous churches. Sometimes it seems they are more interested in  Saddleback church and their women pastors than in dealing with the issues of alleged abusive pastors and those who indulge them. Could there be lawsuits in the near future?

I wonder what the Sex Abuse Task Force thinks about all of this?