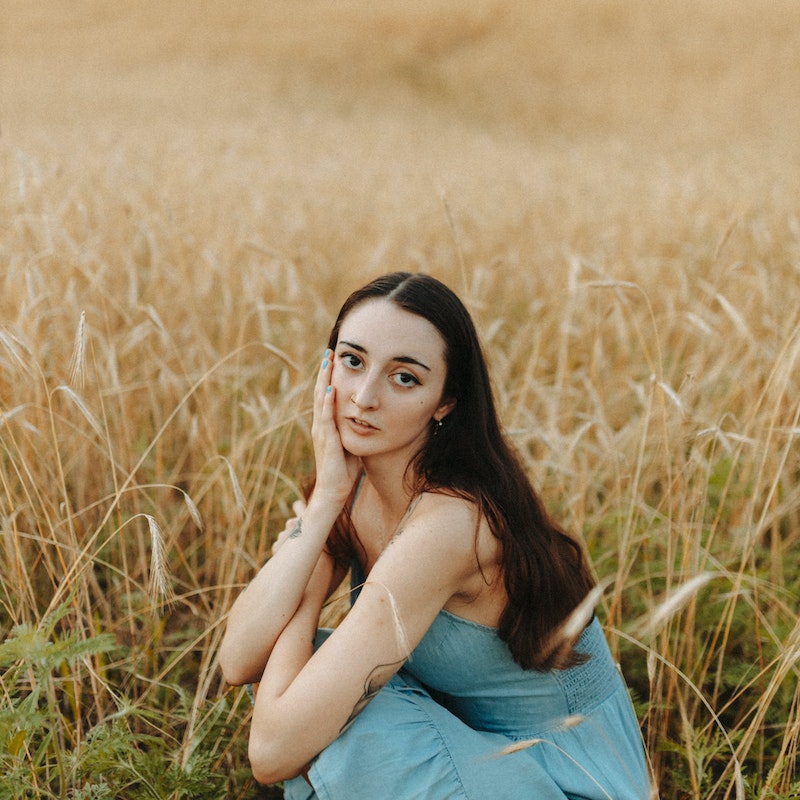 “It’s a dangerous business, Frodo, going out your door. You step onto the road, and if you don’t keep your feet, there’s no knowing where you might be swept off to.” JRR Tolkien.

On our travels, we have discovered a great town north of Clearwater called Dunedin. Have you heard of it?

Rick Warren of Saddleback Church, an SBC member, ordained three women pastors and caused quite a hoopla at the SBC convention this year. He knew a movement was afoot to “punish” Saddleback for ordaining women. This movement gained more support than the movement to punish certain churches for their roles in dealing with the molestation of women. I wonder how our Lord sees this.

A “statement” needed to be made by the SBC leadership, and so it was. Said statement was introduced in a tweet by Al Mohler, where all well thought out statements are released. According to the Christian Post:

The Confession Revision Committee assigned the three men to write a study guide for the new 2000 Baptist Faith & Message Confession. 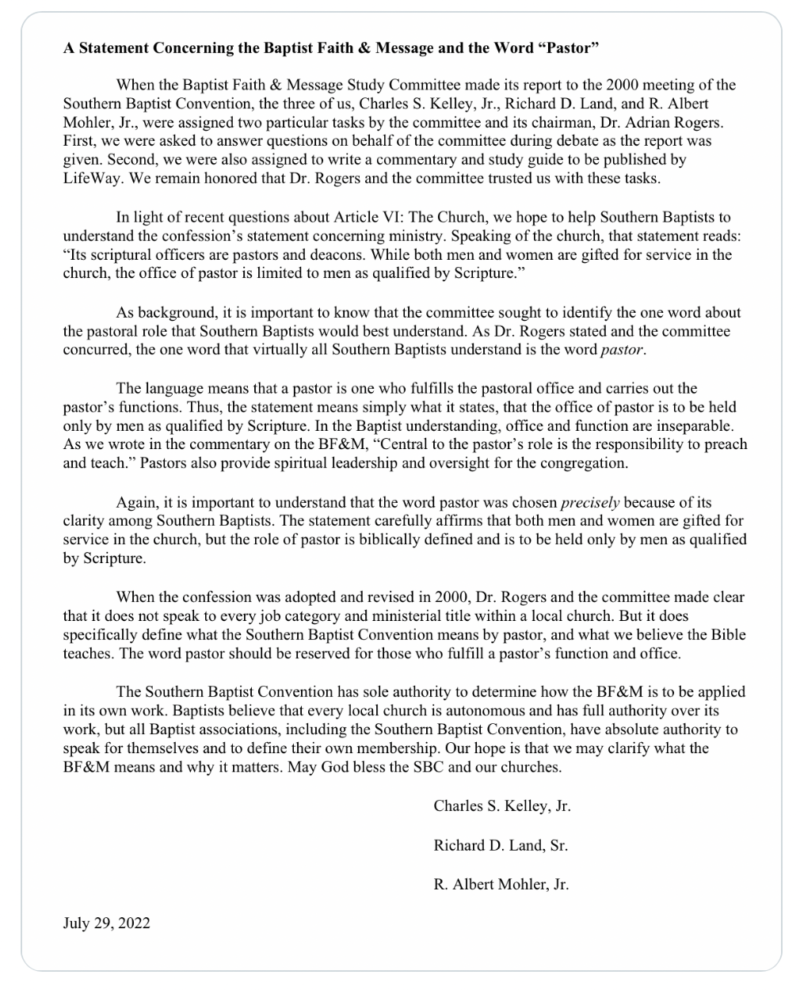 “We reprimand Dr. Land for his hurtful, irresponsible, insensitive, and racially charged words on March 31, 2012 regarding the Trayvon Martin tragedy. It was appropriate for Dr. Land to issue the apology he made on May 9, 2012 and we are pleased he did so. We also convey our own deepest sympathies to the family of Trayvon Martin for the loss they have suffered. We, too, express our sorrow, regret, and apologies to them for Dr. Land’s remarks. We are particularly disappointed in Dr. Land’s words because they do not accurately reflect the body of his work over a long career at the ERLC toward racial reconciliation in the Southern Baptist Convention and American life. We must now redouble our efforts to regain lost ground, to heal re-opened wounds, and to realize the dream of a Southern Baptist Convention that is just as diverse as the population of our great Nation.

“We further reprimand Dr. Land for quoting material without giving attribution on the Richard Land Live! (RLL) radio show, thereby unwisely accepting practices that occur in the radio industry, and we acknowledge that instances of plagiarism occurred because of his carelessness and poor judgment.”

It’s funny how quickly some things seem to go by the wayside in the SBC.

The Christian Post wrote SBC theologians clarify the meaning of ‘pastor’ amid dispute over female ordination.

In keeping with the spirit of Baptist Faith and Message 2000, “pastor” means “one who fulfills the pastoral office and carries out the pastor’s functions.”

…The function of the office and the office itself are inseparable, the three Baptist leaders maintained. They highlighted that the commentary they wrote on the 2000 Baptist Faith & Message notes that central to that pastoral role is “the responsibility to preach and teach.”

“[I]t is important to understand that the word pastor was chosen precisely because of its clarity among Southern Baptists. The statement carefully affirms that both men and women are gifted for service in the church, but the role of pastor is biblically defined and is to be held only by men as qualified by Scripture,” they reiterated in the new statement.

…Unlike other denominations with a hierarchical ecclesiastical structure, in Baptist ecclesiology, the local church calls and ordains its pastors, not the denomination as a whole or its affiliated entities.

Back to Rick Warren, whose actions were turfed to the Credentials committee, which dragged their feet in the molestation scandals.

In remarks from the floor of the annual meeting in June, Warren, the outgoing pastor of the Southern California megachurch, appealed to the denomination to stop fighting over the issue and that the subject is not a first-order doctrine.

Discussion of the issue, the theology surrounding it and whether to disaffiliate Saddleback Church from the SBC was ultimately tabled to a later date. It was sent to the convention’s credentials committee for further study.

So, what do you think will happen?

For another amusing yet informative view on this, read SBC Voices William Thornton’s Interview with a pirate about the SBC and women pastors. I learned a few things.

W: “Hold the ‘but’ Blackbeard. I want to be sure I’m hearing you right. There are almost 50,000 SBC churches and among these there are  ZERO senior pastors?”

P: “Right, but if you will stop interrupting me, I was going to say that there are some women who are pastors.”

P: “Yes, and some of these are called ‘pastor’ just like the senior pastor.”

W: “OK. They don’t lead the church. They aren’t the main pastor. But their title includes the word ‘pastor”?

P: “Because our confession, The Baptist Faith and Message” says pastors are to be men”?

W: “It doesn’t say that. It says “the office of pastor is limited to men.”

W. “Not exactly. Maybe you can spot the difference. But never mind. How many women have the title ‘pastor’ among the SBC’s 50k churches?”

P: “All we need is one or two, besides there are some women who have been ordained in the SBC.”

W: “Really? How many times is ordination mentioned in the BFM?”

W: “I checked. The answer is ZERO. Not mentioned at all. Make a note of that.”

this thread now stands at 133+ comments, whereas Rachel Denhollander’s guest column regarding the SATF Report in May, 2022 plateaued at 6 comments

Do you think there will be senior women pastors in the SBC in 100 years?