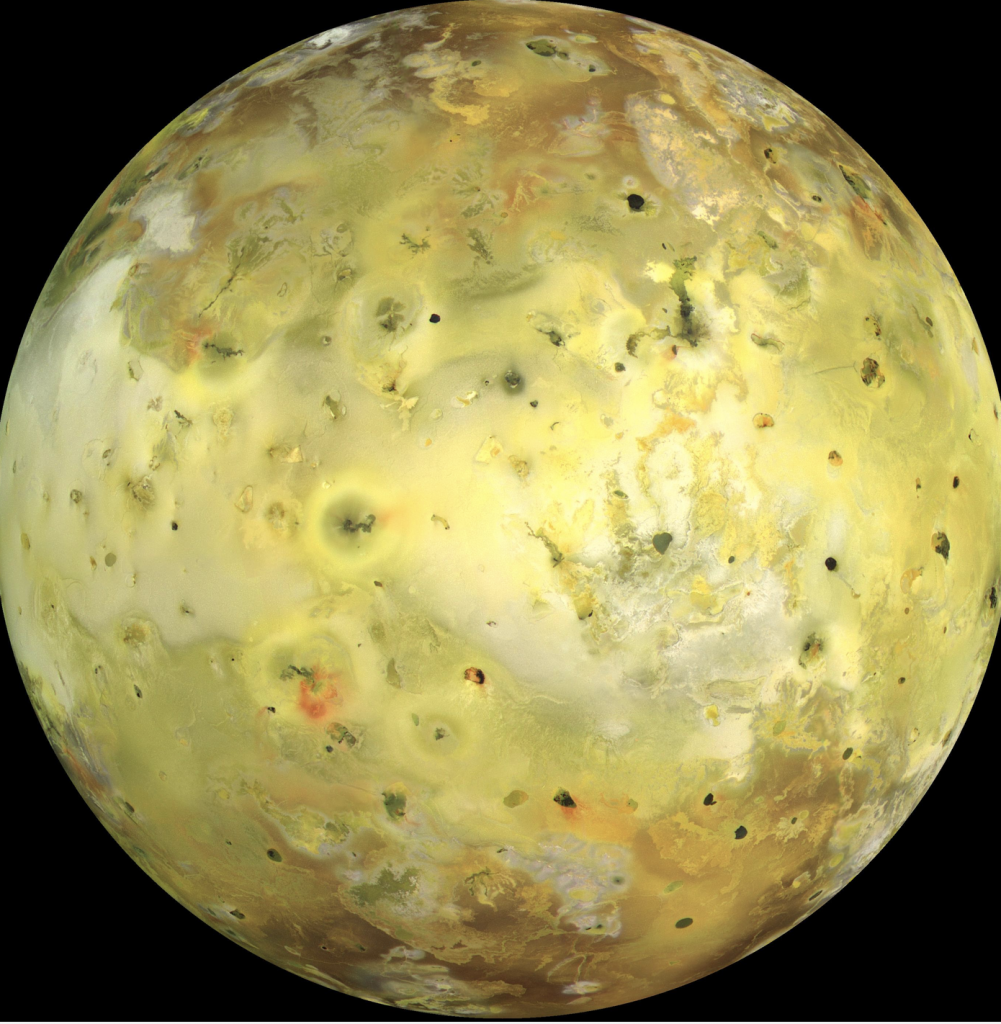 “When we Christians behave badly, or fail to behave well, we are making Christianity unbelievable to the outside world.” CS Lewis

JD Greear recently wrote Can Women Teach in the Church? There is no question that the role of women in the conservative church(read: complementarian) is a difficult one. What can a woman do and what can a woman not do? As time passes, and we see women assume roles on society that were unthinkable for women even 50 years ago, it should come as no surprise that the roles of women in the church are being reassessed.

The problem with bright,theologically adept women in the church.

One of the most difficult things to define, utilizing Scripture alone, is whether or not a woman can teach in the church. It has become quite evident that many women are far more capable of teaching than some elders who are supposed to be the repository of all wisdom and teaching in the church.

Right now, it appears that Greear desperately wants to find more roles for women in his church. He wants the SBC to appear to be a kinder and gentler sort of SBC with male leaders who *get women.* He does not accomplish his goal in this treatise.

In the coming weeks, our elders plan to roll out our official position paper regarding women in ministry. I have long been eager to share that document, and I am praying it inspires many more of our women to use the gifts God has given them for the work of the ministry. In the meantime, below is our placeholder statement, originally written after we invited Elyse Fitzpatrick for an interview during weekend services in 2015.

The problem he has is that he believes that only men can carry an authoritative role in the church. He cannot  cede that *authority* to women. But, what happens when a woman is a good, really good teacher? In fact, she is so good, that many men actually listen to her and believe that she is better at teaching Scripture, in an authoritative manner, than the local elders?

We see a conflicted Greear in the following statement. How does he define what God has forbidden?

Can a woman teach a large Sunday School class or an evening Bible study?

In this answer he is speaking as the pastor of The Summit Church. Before I post his answer, let me ask a few question.

Yes, she can teach at these unless she *mimics the teaching authority of an elder* because perception is everything.

Perceptions are important, and if some in the church begin to look to a woman-teacher as their primary shepherd-leader, both she and they have gone into error.

Now that really clears things up… He expands on this.

She can’t mimc pastoral shepherding in a mixed gender group unless the co-leader is a man, maybe…

Thus, where small groups and Sunday School classes mimic the pastoral functions of the church (responsibility for shepherding, the beginning stages of discipline), we believed mixed-gender groups should be led (or at least co-led) by men.

So, let’s ask a few questions…

Greear attempt to clear things up by quoting John Piper which only makes things worse.

Piper *helpfully* tells Elizabeth Elliot to *sock it to them.* He also appears to say that explaining *gospel content* and *exhortation to believe and obey* does not fall under the admonition for women to abstain from mimicking authority. Again, confusion reins.

Thus, almost all complementarians concede that women can and should “teach” in the church in some way—that is, if “teach” is defined as the explanation of gospel content or exhortations to believe and obey it. It is only a certain kind of teaching that is forbidden to women. For example, John Piper, who is among the most conservative of complementarians, says, “In context, I think [1 Tim 2:12] means that women shouldn’t be the authoritative teachers of the church, i.e. they shouldn’t be elders.” Piper goes on to say, however, that women like Beth Moore and Elisabeth Elliot should be free to write, speak and teach publicly, and that men can and should learn from them—he himself has. About the ministry of Elisabeth Elliot, whom he calls the “Beth Moore” of his generation, he says, “I love it! Sock it to them Elisabeth! She was so in your face about laying your life down and being radically obedient and totally committed.”

Greear wants to champion the role of mother.

I am a mother. I know this sounds nice but it doesn’t clear things up, whatsoever. I know at least 20 Christian women who never had children, either due to infertility or singleness. One cannot make the case that God means for women to be mothers as a solution to the problem of the role of women in the church. Such an explanation appears to do an end run around the problem.

Finally, we want to champion the importance of the role that God has given only to women: mother.

Greear points out that only women can be mothers. So what? Only men can be fathers. This does not solve his problem.

A woman can’t preach a sermon but can speak during the sermon so long as a man is there to *officialize.”

Once again, Greear’s explanation is confusing to me.

My recent interview of Elyse Fitzpatrick is a good example of how we attempt to accomplish this. I (as a teaching elder) set the context, invited Elyse up to ask her a series of questions, and then wrapped up the service by applying her words specifically to The Summit Church. My introduction, presence on stage, and application at the end “officialized” the explanation and exhortation given by her for The Summit Church, and made clear she was not teaching as an elder of our church. She explained some incredible Christian truths, but we, the Summit elders, bore the weight of responsibility for her teaching.

Think about it. Greear said that as long as he was present on the stage, that means this was a safe activity. First of all, I smiled that he called the *pulpit* the *stage.* It has become a bit of a performance, hasn’t it?

Even though Greear claims that she presented some incredible truths, they were not sufficient. The elders *bore the weight* of her teaching. Huh? What exactly did the elder do? Most of them were probably sitting in the *audience* (in keeping with the entertainment on the stage), doing nothing. How were they bearing the *weight?*  as she was speaking. It sounds horrible. All that weight on their weary shoulders….

Were they breathlessly waiting for her to sound authoritative? What would that sound like? Would they leap onto the stage and drag her off if she was mimicking their authority? Did they have a 30 second delay on the microphone so they could cut it off and carry her away from the *stage* for mimicking? For sure, that would be entertaining.

What exactly does mimicking authority look like? is it wearing tight pants and shirts, showing off one’s tattoos and biceps? Does it mean using the same mannerisms as the pastor? I once saw a women give a talk. I knew she loved Anne Graham Lotz. I was startled to see her use the exact same gestures as Lotz. In fact, at one point, I suddenly giggled out loud because it seemed so extreme. Is that what Greear means?

The SBC has a woman problem as well as a serious sex abuse problem and is that what this is really all about?

Greear has a mess on his hands. The men were in charge and presided over a sex abuse problem that has attracted the attention of the world. Since the SBC does not allow women in leadership, the male leadership is to blame. Greear is desperately trying to portray a *nice* SBC which now *gets it.* Think about what he has offered.

I think this mimicking authority and *officializing* stuff does not come from the Bible. It comes from some men who woke up one day and realized that they had a mess on their hands and are trying to come up with sort of an explanation, any sort of explanation, that will calm things down while they figure out what to do. This is just one more poorly thought out fail.

JD Greear admits that his church is made up of mostly women and that the majority of those are single.

Greear is getting woke.

As a dad of three very capable daughters, and as a pastor of a church where the majority are women (and the single largest demographic breakdown is single women), I long to see women raised up to serve in the body of Christ

I will not confirm the identities of those people mentioned in this story. but most you would recognize them all.

About a decade ago, some women visited a well known SBC mega church with a celebrity pastor. They noted that the church attendees were mostly women and that many of them were young-college age and therefor unmarried. Think back to those days, folks. That was the time of Mark Driscoll, dearly beloved of this pastor and his tribe. In those days, having more women than men in the church was an anathema to this crowd.

The word got back to said celebrity pastor that these women estimated far more women than men and that most of those women were college age. Well, a recorded sermon commenced in which this assessment was roundly condemned by the pastor who claimed that there were plenty of men in that church and that this assessment was bordering on slander.

These women were puzzled. “What’s wrong with having more women than men?” Are women less valued?” “How could he speak in such a derogatory manner about having lots of women in the church? ” The women stood by their assessment. Anyone with a pair of *woke* eyes could see that the women were correct.

I am glad that it appears JD Greear believes that it is good to have lots of women in his church, including single women. i wonder what he might say to that pastor from 10 years ago?

I’m looking forward to hearing from you what it looks like to mimic the authority of the male elders. This should be interesting.