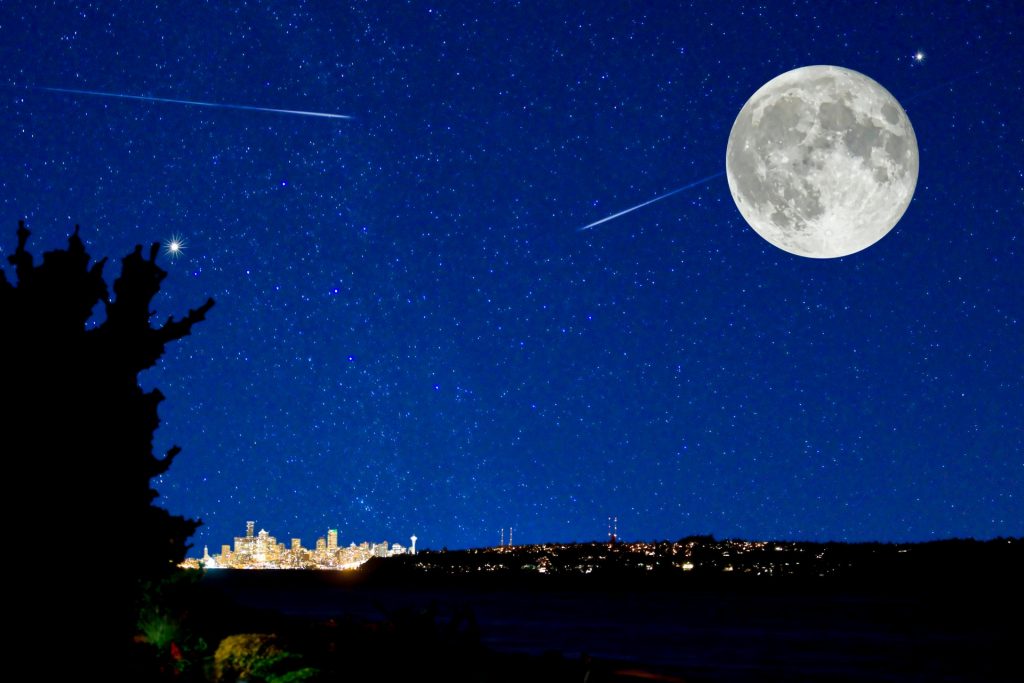 “Child abuse is a heinous and personally damaging crime; it is therefore incumbent on the Church to treat such matters with the utmost seriousness.” John Sentamu

I want to highly recommend Julie Roy’s most recent broadcast of “The Church in Crisis” which she describes as:

Over the past year and a half, scandals and controversy have plagued the church and Christian organizations. From Willow Creek in Chicago and Highpoint Church in Memphis—to Sovereign Grace Churches and, most recently, Harvest Bible Chapel. The accusations of sexual harassment, financial impropriety, bullying, and intimidation have left Christians reeling. In a special radio broadcast, “The Church in Crisis,” I explore not only what’s happened in the church, but why it happened, and what redemptive solutions are available.

Roys has been a tireless investigator of the abuse at Harvest Bible Chapel and was even named in the HBC lawsuit which was dropped when MacDonald discovered he would hav e to turn over documents that might reveal the truth of what was actually going on at HBC.

She had two guests who were knowledgeable and experienced in abuse in the church.

Joining me are people with first-hand knowledge of these scandals: Vonda Dyer, a former vocal team leader at Willow Creek and alleged victim of sexual harassment, Scott Phelps, one of several former elders at Harvest excommunicated for raising issues about Harvest Pastor James MacDonald.

Roys was not aware of 9 Marks and Leeman’s close relationship with CJ Mahaney.

Roys also had a third guest which caused me to choke on my coffee.

Adding a third perspective will beJonathan Leeman of 9Marks, a ministry that equips leaders to build healthy churches.

Wait, she mentioned the controversy surrounding Sovereign Grace Churches in her introduction so why was Leeman sitting there? I contacted Roys and believe that she had no prior knowledge of the close relationship between 9 Marks, Leeman, Mark Dever and CJ Mahaney.

Having been writing about Mahaney and SGM for almost 10 years now, I often make assumptions that everyone knows what I know. Mahaney has sunk rather low in the eyes of most in the church since the publication of The Sex-Abuse Scandal That Devastated a Suburban Megachurch: Inside the rise and fall of Sovereign Grace Ministries. However, CJ Mahaney is alive and well and hiding out in Louisville under the protection of the SBC, Al Mohler, Mark Dever and the usual crowd.

Leeman sat there silently and allowed her to name Sovereign Grace as an abusive ministry.

The question is “Why?” Was he not aware that she would mention this 9 Mark’s beloved ministry and friend? Did he ‘fess up after the broadcast? Or is this just part of the latest *jump on the bandwagon and pretend we really, really care about abuse* in the churches?

There is a reason that 9 Marks has earned the titles of 9 Marx and the Hotel California. So, to set the record straight, here are some reasons why I think Jonathan Leeman should have bowed out of the broadca

Celebrity pastors are a problem.

If you don’t think this is so, Leeman wrote a post responding to this called Don’t Be a 9Marxist! In Roys’ broadcast, Leeman discussed how a church screwed up but they did so *piously.* Although he didn’t name them, he was talking about The Village Church who unjustifiably abused Karen Hinckley. I know because he brings up this example in many other venues. He claims that they worked it out well. But when someone like Matt Chandler screws up it means that there is something deeply wrong with the paradigm. Also, there is much, much more to this story and those involved know it.

Dever is a big name and churches are willy nilly applying 9 Marks books on discipline. Unfortunately, many people are getting hurt because these new *cool* books have many flaws and we have written about them.

Todd Wilhelm attended UCC-Dubai. The pastor, John Folmar, is a close friend of Mark Dever. Wilhelm was being vetted for a church leadership position. However, he found out that the church was selling CJ Mahaney books in their bookstore. Can you imagine this? Selling those books to an international audience? Wilhelm, a former member of a Sovereign Grace church in the US, not only refused to support the selling of these books, he decided to leave the church because they were so insistent on pushing Mahaney.

Guess what? Wilhelm was disciplined post facto by being placed on the *care list,* a disgusting name for what it is-a punishment for not playing their game. Why was he punished? He didn’t immediately join a 9 Marks’ approved church. Oh, the sin of it all!

Now, one of the named pastors was asked by Dee why they did this. They gave me the 9 Marx response.”You don’t have the whole story and we can’t tell you because of confidentiality.”  Dee contacted Wilhelm who said he would sign a legal release form so that they could discuss the supposed *whole story.* The response was furious. “Who’s going to adjudicate it.” I said this has nothing to with adjudication but instead an attempt to get to the truth. Guess what? Communications ceased. Hey 9 Marx….the offer is still open…

Now, lets prove the close and supportive relationship between Leeman/Dever and CJ Mahaney

In 2011, Mahaney was asked to temporarily step down while he was being investigated by his own church. Mahaney, the king of the humble brag, did something that was not allowed under his own church’s rules nor under the rules of 9 Marks. He scooted out of his own church during that this time and started attending Capitol Hill Baptist Church under Mark Dever. Leeman was also there during this time.

This was documented by SGM Survivors in C.J. Mahaney Preaches At Capitol Hill Baptist Church During “Season Of Reflection,” Refers To Mark Dever As “His Pastor”.

On Sunday, September 25, C.J. Mahaney was a guest preacher at Capitol Hill Baptist Church.  You can listen to his sermon (a variation on what he presented while doing the “Jude Tour” at different Sovereign Grace Ministries churches) here.

A couple of minutes into his message, C.J. makes mention of a Tabletalk article by an author named Scot Dever – who, C.J. tells the Capitol Hill congregation, is “no relation to our pastor.”

I don’t know about you, but I’m confused.  I thought that C.J. Mahaney, as president of Sovereign Grace Ministries (from which he is still receiving his entire salary even in the middle of his “season of reflection”) is a member of Covenant Life Church.  I thought Joshua Harris was C.J.’s pastor.

How is it possible that Mark Dever is now C.J.’s pastor? 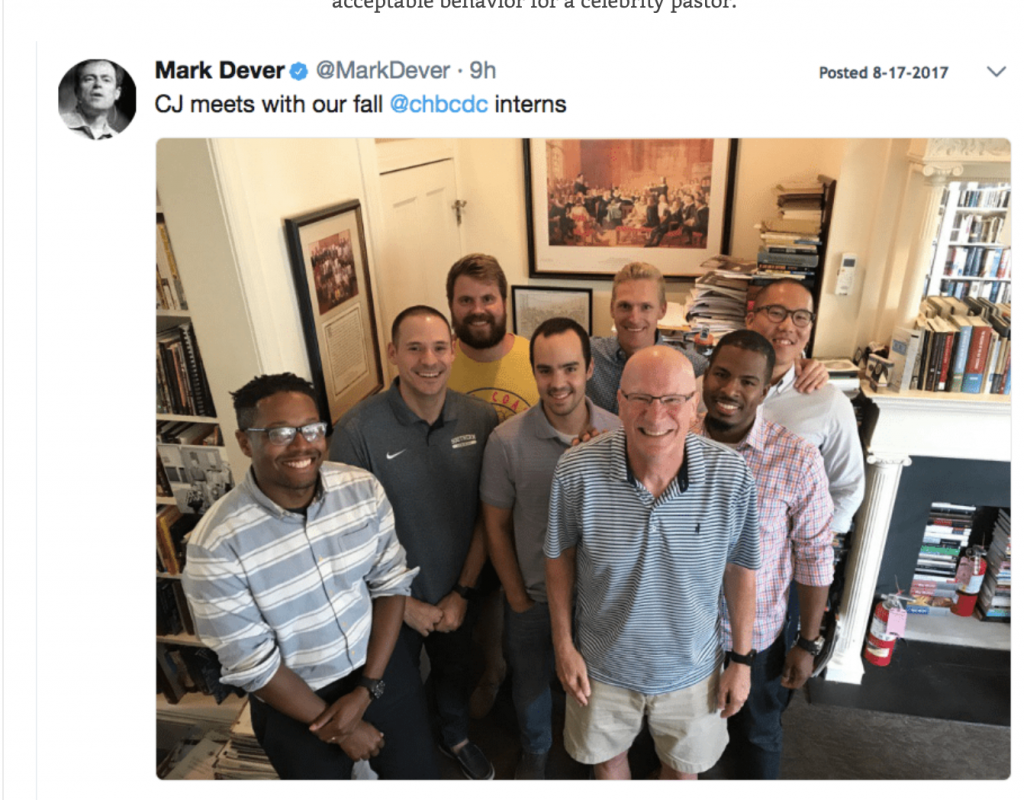 It is known that CJ Mahaney has donated money to theministry at CHBC.  You can hear CJ discussing this on an recording in the post. In this post you will see that Dever made sure that CJ’s sons in laws were also well taken care of by making them interns at CHBC.

Unlike us, Dever does not point to links with proof of the matter. 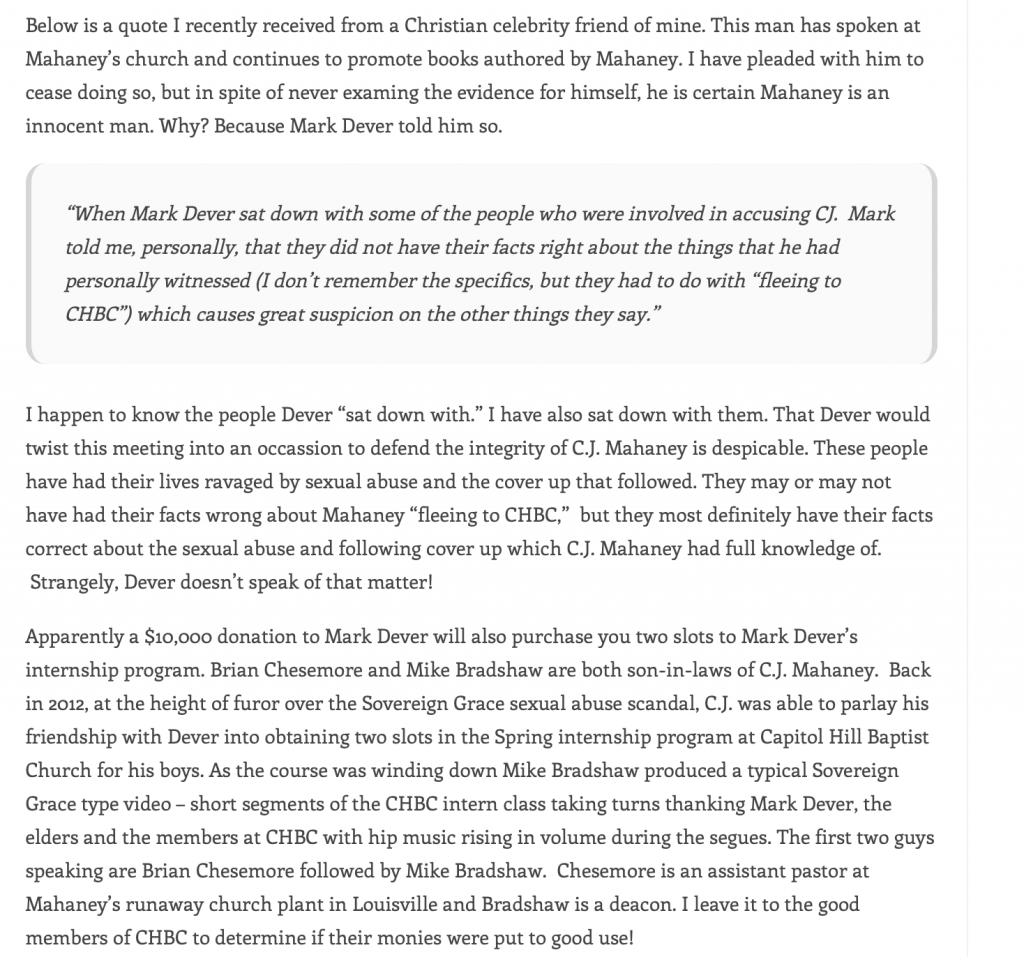 2013 -Dever praises Mahaney for taking off to Louisville

In 2013, Mark Dever praised CJ Mahaney. In case you don’t remember, this is right after CJ Mahaney stomped his feet and took off for Louisville, taking his ball-Sovereign Grace Ministries- with him. This is after all the revelations during the lawsuit. Immediately, his BFF, Mark Dever, rose to his defense.

Dever appears to like the codswallop from Mahaney (How embarrassing)!

Of course, Dever must have been much charmed by Mahaney calling him O Captain, My Captain.

Mark is a true friend, and he is a CLOSE friend. He is not only a true and close friend, he quickly became a mentor, and that has continued to this day as well. I have learned much from your senior pastor and often will refer to him as “O Captain, My Captain”. It’s an expression of my heartfelt gratefulness to him and an acknowledgment of my deference to his leadership.

I have much, much more but need to move on.

In 2014, Jonatahn Leeman published his book, The Underestimated Gospel. Look carefully who contributed.  Yep-CJ Mahaney. By the way, the contributors’ list is filled with names of Mahaney supporters.

CJ Mahaney is a Leeman go-to for advice on seminary and pastoral training.

Almost everyone agrees pastors need to be trained, both practically and theologically. But does this mean they must receive formal theological training from a seminary? In this episode of Pastors’ Talk, Jonathan interviews both Mark and C. J. Mahaney about how pastors should be trained, and what seminaries have to do with it.

I wonder if Leeman knows that Mahaney only graduated from high school….I bet he does since Mahaney often brags about it.

I’m frankly surprised by Jonathan Leeman’s silence in this matter. It is obvious that he continues, along with his *captain* Mark Dever, to defend the indefensible. As such, he needs to bow out of any discussion on abuse. If the plethora of evidence regarding the mess at SGM under the supposed leadership of CJ Mahaney is not enough for Leeman, then just about any victim coming forward with a story will not be enough for Leeman/Deve/9Marks.

Leeman/Dever/9Marx and anyone associated with Sovereign Grace have disqualified themselves from taking part in the ongoing conversations on how to prevent abuse in the church.

It pains me to say this but it must be said. I believe that victims are not safe in any 9 Marks affiliated church or any Sovereign Grace affiliated church. They have provided me with enough information to suggest that they defend their own. Maybe if a victim sucked up and called them all *O Captain, My Captain* (barf) and threw a few Benjamins at them, their case might be considered…who knows?

In the Roys broadcast, Leeman says for an abuse victim to say something.Well, Jonathan, lots of abuse victims in Sovereign Grace Ministries did say something and” O Captain, My Captain” and you chose to pal around with CJ Mahaney. If 9 Marx is involved, I would tell any abuse victims to run as fast as they can away from you guys and find people like us who really do care about them.