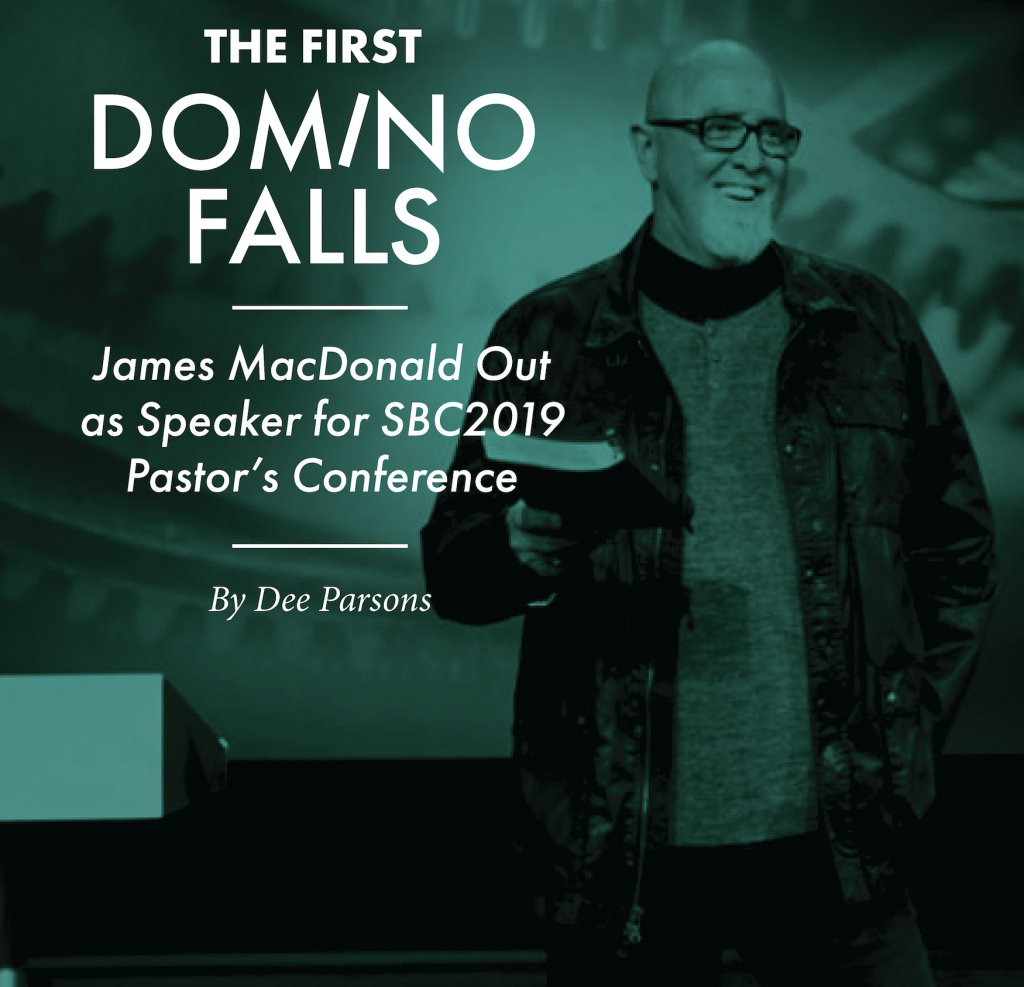 The process of writing is like creating a game of dominoes: The first domino creates the second incident, and so forth until the end. Asghar Farhadi

I’ve been hearing rumors that some SBC pastors were expressing their concern that James MacDonald was going to be a featured speaker at the SBC’s Pastor’s Conference 2019. I believe this year’s theme is *kingdom character.” (I remember Milton Berle doing a routine on a character reference and saying ” He is a character.”) 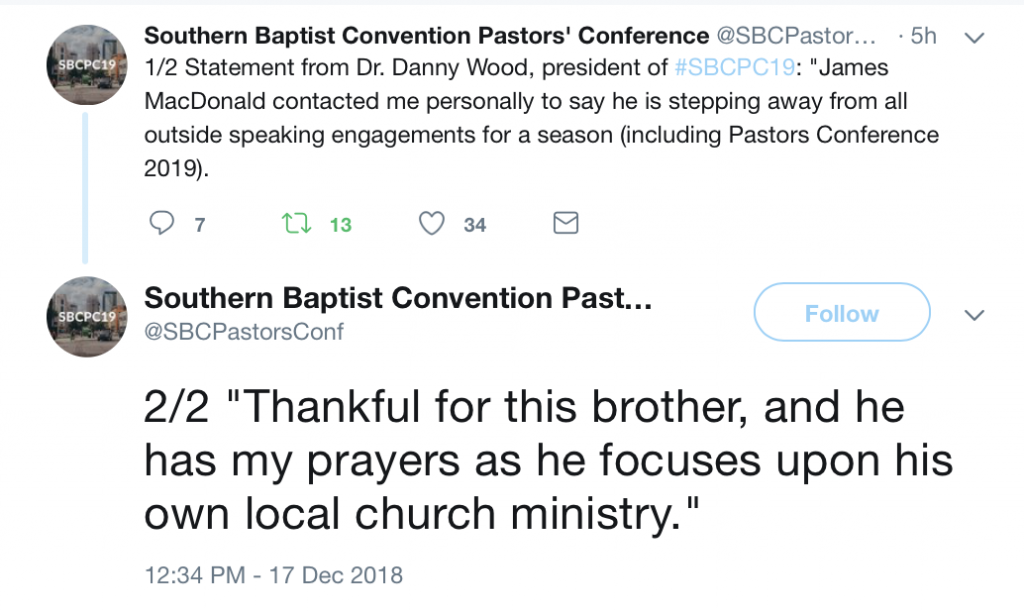 Note the link to the speakers for the conference. MacDonald’s name was removed quicker than you could say “James who?”

Why we should temper our excitement

In March, I will have been blogging for 10 years and I’ve seen a thing or two which reminds me of the Farmer’s Insurance commercials. I particularly like the UFH2O.

So here is a list of things to consider.

Reports of MacDonald’s anger issues have captured the Twitterverse.

I’ve been watching the threads over at Twitter. Julie Roys’ Hard times at Harvest has garnered some comments regarding MacDonald’s anger issues. Let’s look at them again. I highlighted one on my last post. Scroll down to this section: Does James MacDonald have serious and even alarming anger issues? This is a new revelation.

The” butter knife that may have touched a picture” incident.

Here is another example reported by Roys.

Two: Former Camp Harvest groundskeeper Mike Hulburt told me that in 2010, he saw MacDonald use a butter knife to stab repeatedly a picture of a former Harvest pastor in front of 15 to 20 close associates. Another witness, who asked to remain anonymous for fear of losing his livelihood, confirmed that MacDonald stabbed the picture multiple times “to get his point across.” Hulburt said the incident happened in the camp dining hall immediately after MacDonald yelled at the former camp director, Dan Plantz, asking why he had not gotten rid of the picture.

MacDonald’s explanation had me laughing for 5 minutes.

MacDonald told WORLD, “I didn’t stab any pictures. … I may have put my knife up against it or into it.” He described the incident as a “performance issue” regarding “multiple pictures on the wall that were outdated.”

Then I became deeply concerned. If these incidents are true, then MacDonald appears to have some serious issues.This type of behavior should cause concern amongst even the most loyal of SBC leaders. At the minimum, I would avoid be in a dark room alone with him…

Why we should not be discouraged.

PS: For SBC trolls: When we say we are excited, we are excited for justice and for truth. So stop with the *They’re gloating over the demise of the SBC again.”