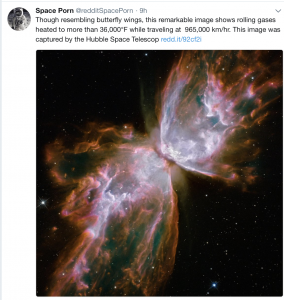 Anne Miller and The IMB

There is little doubt in my mind that Anne Miller was molested by former IMB missionary, SBC pastor and SCSBC employee, Mark Aderholt, who has been arrested and charged with 3 felonies and misdemeanor.

The good news is this. Social media is changing how organizations do business and courageous women like Anne Marie Miller are coming forward.

Wow! Our good friend Todd is an incredible writer. I highly recommend that you read his post on the trial yesterday. He will also post one tonight. There is a graphic description of the abuse suffered by the victims of Tom Chantry. I believe the victims.

The defense appears to be claiming false memories on the part of the victims. That is hard for me to believe since they all have similar, yet different, memories of their abuse. I hear he is also claiming that they cannot remember the dates of these assaults. ROFL. This happened 20 years ago. Yesterday, I was asked to remember the exact date in which I took my last arthritis med injection. I couldn’t remember and had to consult calendars on which I had not written the date of the injection. I finally figured it out and this was less than two weeks ago.

Here is an excerpt from Todd’s post. Warning, there are some graphic details.

Chantry administered the spankings with Matthew either lying across his lap, bending over a table or bent over holding his ankles. When Matthew rubbed his bottom after one of the spankings Chantry stopped him from doing so stating that Matthew could not comfort himself, only Chantry could do that. Chantry would rub Matthew’s bottom then he would have Matthew sit on his lap and he would rub his genitals, initially through his clothing.

Catechism lessons were conducted with Matthew over Chantry’s knee. Every wrong answer, or answer not given quickly enough resulted in a spanking to Matthew’s bottom. On one occasion Chantry volunteered to keep Matthew at his house overnight. Larry and Linda were traveling to Phoenix and Chantry suggested he babysit so they didn’t have to rush home late that night. Additionally, Matthew had a catechism class the next morning, so it would be easier for all to have Chantry babysit. During this time Chantry told Matthew “he was being punished for sins not yet committed” and told him to drop his pants and underpants. What then occurred was the worst beating and worst fondling Matthew ever received.

At times Matthew’s brother, Michael was at the church when Matthew was being “tutored.” He sometimes heard the spankings and cries of Matthew emitting from Chantry’s office. Matthew talked about the beatings, but never about being fondled. When Matthew’s parents learned of the bare bottom spankings Larry and fellow elder Rich Howell confronted Chantry.  Chantry said he spanked Matthew, but never bare-bottomed. He said Michael is making that up or dreamt it happened or if it did occur Chantry did it in his sleep.

In January of 1998, Chantry asked Carolyn Ladner if he could tutor her son, David. Carolyn will testify to seeing deep purple bruises on David’s buttocks and upper thighs. The bruises looked like he had been struck with a 2 X 4. She said David had trouble walking.

Continue reading at Thou Art The Man if you can stomach it. Todd is doing a great job.

Brad McDaniel: the non-member leader of the Highpoint opposition may not really be a counselor.

Today I received a message from a person who shall remain unidentified for good reason. Here is what the email alleged. Can anyone confirm this? Brad strikes me as a sales type in his demeanor. He sure is selling something to the Highpoint people!  Maybe he is one of those *biblical™ counselors. The goings on at Highpoint  should continue to be of interest.

Here are some things that we conveyed/claimed. (ed. update)

Brad McDaniel isn’t a counselor and is involved in the sales industry. He hasn’t worked as a “counselor” in any official setting where he got paid nor received official higher degrees to allow him to be a certified counselor.  This person claims that he may have volunteered, and may have had some Bible training.  This person claims that he may be misleading people by calling himself a counselor.