“When everything is moving and shifting, the only way to counteract chaos is stillness. When things feel extraordinary, strive for ordinary. When the surface is wavy, dive deeper for quieter waters.” Kristin Armstrong 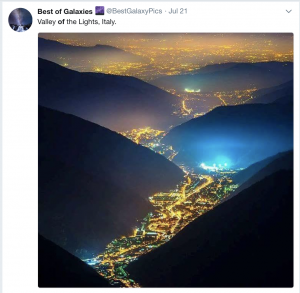 Last night, I went to bed early. I was put on a short term med that unfortunately kept me up half the night. That time was well spent in praying for all of you and shaking my head at how weird this whole Highpoint thing has become.

Let’s review what has happened. Some of what I discuss is due to conversations with current members and friends of members. If you think that is weird, what do you think of the guy who is speaking for the members of the church who is not even a member of the church?

Andy Savage stepped down due to the testimony of Jules Woodson.

I believe that Andy Savage was the pastor who drew in the people. He was charismatic and preached seeker driven topics like marriage and the family. I also believe that there was little depth in his preaching which led to some people in his church using the story of David and Bathsheba as a reason for him to be allowed to continue as a preacher. Sadly, the church membership did not seem to understand that David was not a *priest* but a political leader.

Also, a number of members pointed out Paul’s persecution of Christians and he got to be an *Apostle.* Folks, read your Bible. Paul never killed or persecuted Christians after he became a Christian. He was also not put into a position of leadership for a couple of years while he studied and learned about the faith.

Savage attracted people with his focus on Highpoint being the *perfect church for imperfect people.” Once again, the lack of Scriptural depth in this motto, oft quoted by those who felt he should stay on, led to a misunderstanding of the difference between us all being sinners who are redeemed by Jesus and Scriptural admonitions for the behavior of those who are pastors.

I believe that many people at Highpoint had no idea they were Baptists and then they weren’t so I guess it didn’t matter. They would also have been Reformed in their theology if they were members of TGC. I wonder how many of them could recite the *doctrines of grace?* This theology ping pong led to confusion in the church membership about what the church actually teaches. This led to what I now call Highpoint memes

Highpoint has lost over 1,000 attendees since January.

In a short video clip posted by Tammie Terry which is now not functioning ( I will see if I can find it elsewhere), a leaders told a member that the church had lost 1,000 members. This was probably the reason for closing one of the satellite churches. https://m.facebook.com/groups/208350303073099?view=permalink&id=210907979483998

Oddly, if you have the wherewithal to watch the links to the two videos posted later, you will find the church leaders reported they are in great shape financially. I have a feeling that all is not as wonderful as they claim.

Rumor #1: Chris Conlee’s “accept it or get out or I’m leaving” vision tome

Here is what is being circulated. Apparently a few weeks or so before Conlee was given the left boot of fellowship, he allegedly presented some staff and the Board of Trustees/elders with a huge vision statement that he believes God is telling him to enact. Some have reported it being as large as 70 pages.

Allegedly, the leadership was given three options:

The leadership responded and said it was time to part ways. What I wouldn’t give to read that entire vision statement!

Rumor #2:Chris Conlee was given the boot because he had hired a couple of African American pastors/leaders and the leadership of the church is racist.

This statement is deeply concerning to me because I do not think racism figured into Conlee’s resignation. Racism is alive in our country and I do not think that it should be bandied about cheaply because members are upset they lost the leader.

Before people start spreading ugly rumors about people, first look at the history of all that has happened. The church was not led well in the weeks after Jules Woodson’s story was released.

Police and guards were called in to quell the pandemonium at the private (of course it was secretly taped) family meeting.

Take a look at these reports of the meeting.

The Deebs have been informed by readers at TWW that nothing is more contentious than a Baptist church business meeting.  Well, maybe they are correct since Highpoint, for a short time, was a member of the SBC but were not when this took place.

Here is a link to the family meeting which is posted on Facebook. To save yourself some time, proceed to the 40:00 mark, grab your popcorn and listen in. One man could be heard being dragged out of the meeting screaming something like “I have served this church every Sunday for 2 years.” I was not impressed.

The section that actually made me laugh was the voice of the poor Board member who was quietly speaking over the screams “People, we are a Christian church.* Last night, at 2 AM, while lying awake due to my new meds, I actually laughed out loud recalling his calm voice in the midst of the chaos. It woke my husband who muttered something about the *med side effect.*

My impression of the meeting

I believe that there is an effort underfoot to bring Conlee and Savage back. My thoughts on this matter were bolstered by this next video.

Brad McDaniel, who is not even a member of Highpoint, started a Facebook group called A United Highpoint.

Here is a link to his introduction on the page. It is worth a listen. He claims he is a *counselor* and he loves Highpoint and that is why he is qualified to lead this group while at the same time saying he is not a member.

Here are some things that I thought I heard. Remember, this was after the family meeting from hell.

My impressions from Brad McDaniel’s “I am not a member but I am a counselor “video.

If Andy Savage had had an ounce of humility and compassion, he would have called Jules Woodson and asked for forgiveness when she sent him the original email. She would have forgiven him and none of this would have happened. It was his inability to deal with his past and apologize that caused serious problems for his church.

Chris Conlee mishandled the aftermath. The standing ovation for confessing a sin will mark Highpoint for many years to come. In the aftermath, Conlee had many opportunities to teach Biblically about the issues that were affecting in the church. He didn’t. Instead, he attacked the people who dared to speak the truth (bloggers) while running around getting prophecies for himself and writing vision statements summed up by threats- accept it or Conlee is gone.

This, folks, is why that meeting happened and this is why Highpoint has some guy who isn’t even a member attempting to do an end run around the church leadership.

Sadly, Highpoint isn’t unique in the least. It has turned out to be just another typical, bickering, evangelical church without a rudder. Hopefully they will find a thoughtful, theologically stable pastor who gets it.