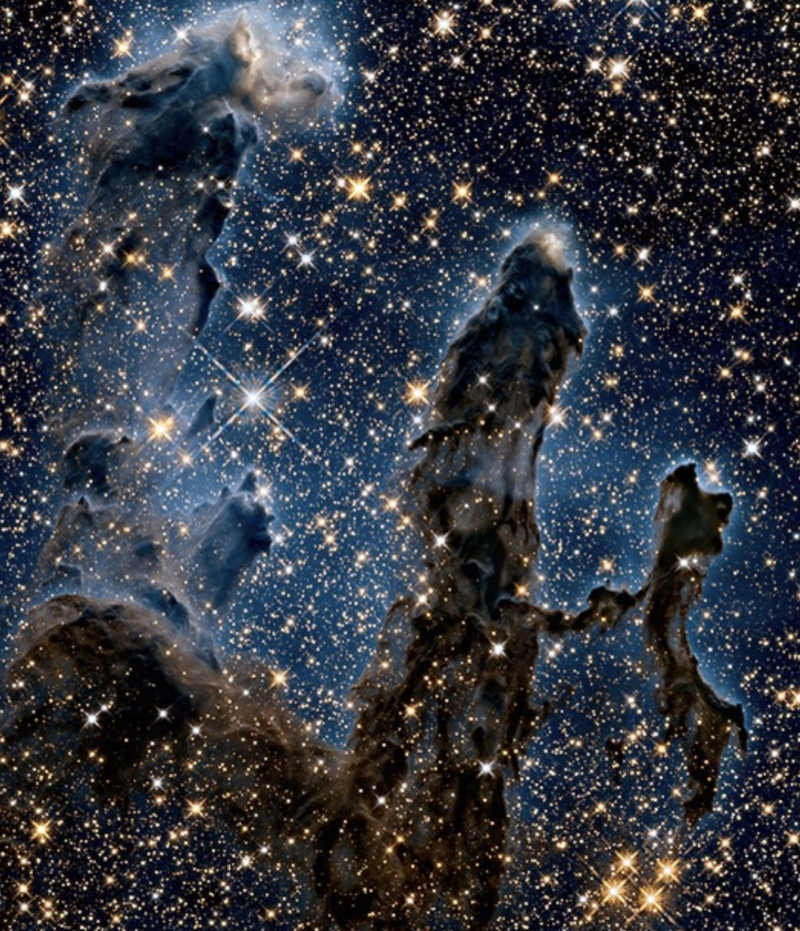 Pillars of Creation in infrared. Image captured by the #Hubble Space Telescope.NASA

“The stupid neither forgive nor forget; the naive forgive and forget; the wise forgive but do not forget.” ― Thomas Szasz

Recently, a highly intelligent and respected person told me that their denomination, Assemblies of God, didn’t have child sex abuse problems. I was stunned. This person was aware of this blog and seemed to believe that the AOG was exempt from the problem. They may have even thought that my concerns were overblown.

They seemed to have no trouble imagining the extensive, decades-long abuses in the Boys Scouts of America. They most likely believed that group was not a fine Christian group like the AOG. And the Catholic church? Well, they weren’t as theologically put together as the AOG. Perhaps they believed, like so many other evangelicals, that the priests molested kids because they “weren’t allowed to marry.” They appear to have never considered that the priests who were not pedophiles and wanted to disregard their vows would do so with a consenting adult not involved with their church. A normal, adult priest would not wake up one day and say “I want to have sex. I think I shall do it with a 5 yeard old kid.”

Today I was interviewed by a man who is researching the despicable actions of Ravi Zacharias. He asked me a question that I have been asked time and time again. “How does a person who is Christian, and even goes into ministry, justify their actions in the abuse of children and adults?”

I said something to the effect of the following. Many people make the assumption that a “man of the cloth” is there because they want to follow Jesus. I asked if he ever considered the possibility that abusers enter the ministry in order to pursue the abuse of children and adults? It isn’t hard to fake Christian lingo and espouse simplistic beliefs. Add to that a charismatic personality combined with an ability to fake out people and you have the basic elements for an abuser to run rampant within a church. And, if a person is being deliberately deceptive, then the “No True Scotsman Fallacy” does not apply. The problem lies in discovering the motivations of an individual.

Then combine that deceptive or abusive individual with an elder board or any other type of board that loves the charisma and the money-making potential of their “pastor” and we have a board that is just there to be best buddies with their “godly leader.” I have made the point that just about anybody, with 90 seconds spare time, should have been able to see that Zacharias’ bio on his website and on Wikipedia was just plain nuts. I certainly did.

I was left to conclude that his board, his family, and his speakers like Sam Allberry and BFFs liked the income so much that they just didn’t care to look too carefully at things. When I wrote that post, I had commenters who tried to tell me that telling lies was the norm for people who come here from India. I asked those folks if they were saying that all Indians lie? They backed off, quickly.

I also stressed to the interviewer that even Christians are both saints and sinners according to the Lutheran church that I attend. Therefore, we would be naive to assume that anyone in evangelicalism is purely a saint and that includes me. In other words, expect trouble.

So I did what I should have done when this person seemed to indicate that the AOG had no “abuse” problems. I visited my good friend, Google. In about 30 seconds, I found the first example of sex abuse in the AOG. A few months back, Ministry Watch posted: Assemblies of God Settles Sexual Abuse Lawsuit Involving Royal Rangers Volunteers

A lawsuit filed in Oregon on behalf of several men who said they were sexually abused as boys while they were members of a scouting-like program sponsored by the Assemblies of God has been settled out of court.

The amount of the settlement was not disclosed.

The case combined two lawsuits filed in 2018 by plaintiffs who said they were sexually abused in the 1980s by two volunteers in the Royal Rangers program at First Assemblies of God Church of Albany, Oregon—Ralph Gantt and Todd Clark—the Springfield (Missouri) News-Leader reported.

Some of the original plaintiffs had already settled with three remaining on the case.

The Royal Rangers program is a ministry for boys in grades K-12 with a mission to “evangelize, equip and empower the next generation of Christlike men and lifelong servant leaders.”

The national denominational office located in Springfield was named as a defendant in the case as well as First Assemblies of God Church of Albany and the Oregon District of the Assemblies of God. The complaint said the organizations should be held responsible for their adult volunteers, who they “selected, approved, trained, supervised and maintained the right of control and/or actual control over.”

Here’s another example. It appears that the AOG has been accused of recirculating sexual predators. IS YOUR CHURCH SAFE?

The Assemblies of God claims to believe in the verbal plenary inspiration of the scriptures (i.e., that it is the actual word of God, literally, and must be followed at all costs). However, when it comes to the scriptural mandates for church leadership (1 Timothy 3:1-7 and Titus 1:6-9), the Assemblies of God throws the scriptures under the bus. The Assemblies of God has a “rehabilitation” program that recirculates sexual offenders back into the ministry under an Assemblies of God credential. And, after they place these offenders back into the ministry, they leave the parishioners in the dark about it. It is difficult to comprehend why anyone, let alone a church, would take on such a legal liability without any apparent benefit in return. It is also difficult to comprehend the hypocrisy.  This practice is not only negligent, it is morally reprehensible. It you are also troubled, read on.

How about this one? CBS 42 reports: Vernon (TX) Assembly of God minister had sex with minor in church and motel, supplied meth:

The affidavit charging a Vernon pastor with sexual assault of a 15-year-old girl alleges he groomed her for sex by counseling her at church, getting her a job and providing her with meth, both at the church and a motel.

Brian Keith Pounds, 45, remains jailed in Wichita County on a $200,000 bond. Pounds was listed on websites as minister at First Assembly of God Church in Vernon, and also as a Chaplain at Tyson Foods in Vernon.

And here’s another one from New Zealand: Assemblies of God leaders alleged to have abused children.

Leaders of a New Zealand church agreed to keep details from their congregations about a prominent pastor’s sexual abuse of children, it has emerged, as the Royal Commission into Abuse in Care prepares to target clergy.

A special Herald investigation has uncovered fresh allegations and evidence of child abuse perpetrated by two leaders of the Assemblies of God (AOG) before both abusers left New Zealand to continue their ministries in Australia.

It took me about 90 seconds to find these examples. So, when a bright person tried to tell me that the AOG is above reproach, I have to wonder if they really care about their church. Anyone who hasn’t spent the time to look up what is going on in their own denomination is either being deliberately ignorant or doesn’t care enough to figure out.

I look forward to anyone who wants to claim their church is free from predators. That includes those who would rather believe the best instead of believing the truth.