"For God so loved the world, that He gave His only begotten Son, that whoever believes in Him shall not perish, but have eternal life." 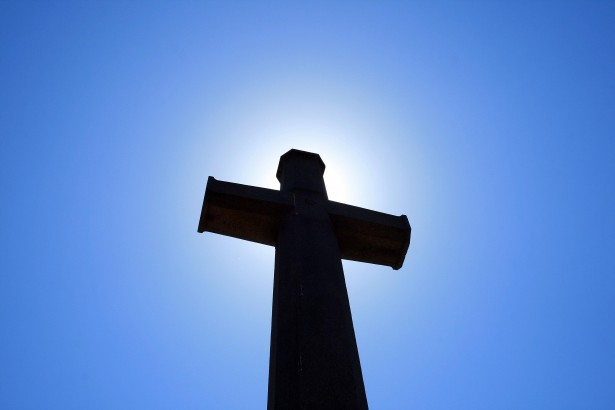 For whom did Jesus die? Did He die for the sins of ALL or just the ELECT?

The doctrine of limited atonement–the L in TULIP–teaches that Christ effectively redeems from every people “only those who were chosen from eternity to salvation” (Canons of Dort, II.8). As Ursinus explains in his commentary on the Heidelberg Catechism, Christ's death was for everyone "as it respects the sufficiency of satisfaction which he made, but not as it respects the application thereof.” In other words, the death of Christ was sufficient to atone for the sins of the whole world, but it was God's will that it should effectively redeem those and only those who were chosen from eternity and given to Christ by the Father.

Particular redemption is often considered a more favorable term, because the point of the doctrine is not to limit the mercy of God, but to make clear that Jesus did not die in the place of every sinner on the earth, but for his particular people.

The Deebs DO NOT believe in a limited atonement. Never have, never will. DeYoung and his fellow five-point Calvinists would then accuse us of believing in Universalism, which DeYoung mentions later in his post. (see excerpt below)

If the atonement is not particularly and only for the sheep, then either we have universalism-Christ died in everyone's place and therefore everyone is saved-or we have something less than full substitution.

John 3:16, one of the most widely memorized Bible verses, states:

"For God so loved the world that He gave His only begotten Son, that whoever believes in Him shall not perish, but have eternal life. (NASB Bible Gateway)

Calvinists who believe in a limited atonement have to resort to redefining terms in order to make this verse fit their theological paradigm. For example, they proceed to define 'world' as 'the elect'. In my book, that's changing the meaning of a passage of Scripture to fit their soteriology.

Dee and I are definitely NOT universalists. We DO NOT believe that everyone goes to heaven. We believe that Jesus died on the cross for the sins of the entire world (not just the elect) and that He extends forgiveness to those who confess their sins and follow Him. We absolutely believe that those who refuse to admit that they are sinners in need of a Savior are NOT heaven bound. Instead, they will spend eternity in hell. This may be a simplistic view, but it's what we believe. What do you believe about a limited atonement?

A decade ago not many were discussing it. Now it is it a HOT TOPIC in Christian circles. Here are some videos (both for and against a limited atonement) that we believe will help you determine what you believe.

If you take time to listen to these clips, you will realize that there are strong arguments on BOTH sides. We believe it's important for you to educate yourself on limited atonement and decide where you stand on this theological matter.

Getting back to Kevin DeYoung's brief post on limited atonement, he states:

The good shepherd lays his life down, not for the goats, but for the sheep (John 10:11).

Several commenters took him to task on this (mis)statement. Here is what one of them wrote:

Another commenter had this to say about DeYoung's post:

The bottom line is this… Don't allow a Five-Pointer to razzle dazzle you with their knowledge regarding a limited atonement. Please take the time to search the Scriptures for yourself and decide what YOU believe.