“If you tell a big enough lie and tell it frequently enough, it will be believed.” ― Adolf Hitler link 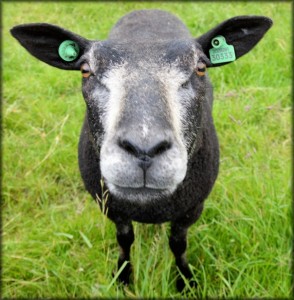 One year ago, we wrote Woman Excommunicated from Lutheran Church Takes Legal Action. According to LaVonne, this all happened because of coffee grounds.

She said the case likely started in a church kitchen during a 2010 funeral when someone started swearing because coffee grounds got into the coffee. She was blamed for the obscenities but insists it wasn’t her.

Henry and LaVonne Pfeil, an elderly couple in Minnesota who were members of St. Matthew Lutheran Church were given the left boot of fellowship several years ago. This excerpt from a recent Star Tribune article caught our attention:

Update: LaVonne lost her case but the decision was close. According to Minnesota Litigator:

In a 3-2 decision in the case of Pfeil v. St. Mathew, the Minnesota Supreme Court, by affirming the dismissal of parishioners’ claims, appears to have declared open season in Minnesota for reckless, harmful, defamatory statements made in “formal church discipline proceedings.” As dissenter Justice Lillehaug warned (joined in dissent by Chief Judge Gildea), “[n]o matter how false and malicious the statement, and no matter how much the victim is damaged, there is no remedy whatsoever in Minnesota’s courts [for false and malicious statements made in formal church discipline proceedings].”

The majority of the Minnesota Supreme Court conceded that the dissenters’ concerns “have merit.” But the Court majority’s concern about our civil justice system getting entangled in what are religious issues trumped those concerns.

The Court believed that LaVonne's case had merit but was reluctant to get involved in a religious matter. In other words, the church leaders acted like jerks but they were religious jerks and that got them off the hook. How gospelly of them!

The post goes on to raise an excellent question. Does this decision mean that churches make can make unsubstantiated claims about church members and get away with it because they are a religious institution?

So, when a church member stands up in a “formal church discipline proceeding” and says, “John Doe raped a child…,” and John Doe (1) did no such thing; and (2) suffers terribly, financially and otherwise, from the intentional and vicious defamation, would his ensuing defamation lawsuit be “entangled” with religious doctrine? Would Doe be able to sue the defamer on those facts? Or would the Pfeil decision bar such a claim?

It appears that this decision allows a church to slander, etc. without proof so long as it is done within a church setting.

St. Matthew excommunicated the Pfeils, having concluded they were guilty of “slander, gossip, and speaking against [Pastor Braun, Pastor Braun’s wife, St. Matthew, and Pastor Behnke],” to choose just a few

Here is a list of the so called *sins* of the Pfeils which were included in a letter to the church members.

The pastors all get out of Dodge before the trial.

You can refer back to our original post which noted that:

What we find particularly interesting is that two pastors in conflict with the Pfeils, namely, Tom Braunand Joe Behnke, are no longer at the church.

Folks, be very, very careful when joining a church.

If this decision is upheld (and I believe it will be challenged in other states) churches can lie about you, spread rumors about you, etc. and you have no recourse. Be very careful about joining a church. Oh, and never, ever sign a membership covenant. No wonder more and more people are *done* with the church.