"LaVonne Pfeil is pursuing a defamation suit against her church in Worthington. The state Supreme Court agreed to hear the argument." 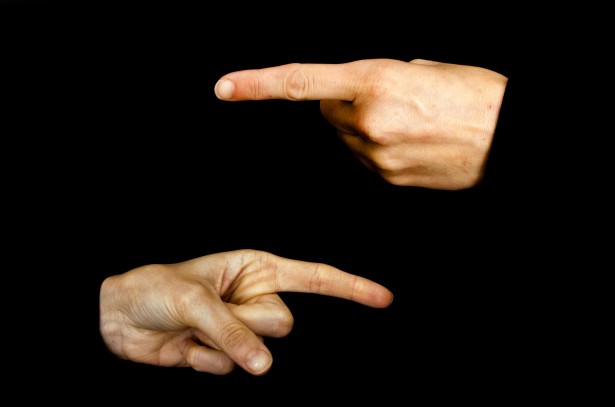 We recently came across yet another heartbreaking story of excommunication, also known as 'church discipline'.  Henry and LaVonne Pfeil, an elderly couple in Minnesota who were members of St. Matthew Lutheran Church were given the left boot of fellowship several years ago. This excerpt from a recent Star Tribune article caught our attention:

The reason we are focusing on this story has to do with the statement above which has been bolded.  Here it is once more:

Pfeil and her family denied all of those accusations, and asked for details on what was said and who said it. They were told such information was confidential.

Allow me to share what happened to my dear friend Dee some years ago.  She has previously shared her testimony of a tragedy that occurred at a former church which terribly mishandled a pedophile situation.  Soon after resigning, Dee and her husband found another fellowship of an entirely different denomination, and they were so excited about it!  Dee would discuss with me at length what she liked about the church and the pastor.

During Passion Week, she invited me to the Maundy Thursday service.  Although I was a member of a Southern Baptist church, I thought it would be interesting to attend this communion service with my friend. The congregation was warm and friendly, and I enjoyed meeting the pastor.

Dee and her husband had been attending this church for quite a few months, and I knew they were getting serious about joining when they attended the denomination's annual meeting.  One afternoon she called me to say she and her husband were going to meet with the pastor, presumably so they could join the church.  She asked me to pray that it would go smoothly and that they would soon make their involvement in the congregation 'official'.

An hour or so passed, and the phone rang.  Dee was sobbing on the other end of the line.  It is a conversation I will never forget.  In a nutshell, the pastor (whom I had recently met) informed Dee and her husband that they he could not offer them membership. Why?  Because he had contacted their former pastor for a recommendation.  Based on the fact that they were not allowed to join the church at that time, some highly unfavorable information must have been shared by their former pastor.  What other possibility could there be?

When Dee and her husband inquired as to what had been communicated about them, the prospective pastor explained that 'pastor confidentiality' prevented him from revealing anything that had been discussed. Dee immediately burst into tears. She was so looking forward to joining this new fellowship.  Her husband responded by challenged the prospective pastor.  How could he possibly make a decision before taking the time to hear their side of the story?  At least in a court of law an individual has a right to face his accuser.

Without going into detail, the matter eventually got somewhat resolved and about a week later the pastor's assistant indicated through email that they could now join the church.  The reaction of Dee and her husband was — NOT ON YOUR LIFE!

What an eye-opening experience.  To this day we believe the entire situation was 'providential', and we are extremely grateful that it occurred, for it opened up our eyes to the misuse of power by some Christian leaders whom God charges to watch over His flock.  Pastoral authority is getting terribly out of hand, as I believe this true story demonstrates.

Now let's get back to this elderly couple that was excommunicated from their church and subsequently shunned in their community.  Our hearts break over the death of Lavonne's husband, but we are glad she has the courage and conviction to move forward with her appeal.  Here is one set of the court papers we were easily able to find on the internet that provides some background information.

What we find particularly interesting is that two pastors in conflict with the Pfeils, namely, Tom Braun and Joe Behnke, are no longer at the church.  Hmmm……

Tom Braun joined St. Matthew Lutheran Church in 2009, as this article reveals.  This excerpt appears to shed some light on what may have happened:

Braun has jumped headfirst into those opportunities and is determined to bring some new vitality to the St. Matthew ministry.

One of the first ways the church will begin reaching out to the community is with a new contemporary service, slated to begin on Sept. 13, weekly at 10:30 a.m. Colleen has been busy auditioning musicians to be part of that contemporary ministry team.

"It can also be a ministry to people who aren't churched," Braun noted about the informal service. "It's easier to bring people to a less-formal-style worship.

"I'm also trying to do as much calling on people as I can," Braun continued. "I want to get to know people. … I'm loving people in Christ so we can make changes, slowly but surely."

"I'm always looking for new opportunities to share Jesus," Braun said about his personal passion. "I'm weird that way. … It's all about Jesus. All about Him, never about us."

"It's all about Jesus…"  Where have we heard that phrase before?

The Minnesota South District of the Lutheran Church-Missouri Synod puts out a newsletter periodically, and at year end, these were the prayer requests of Tom Braun.  (see screen shot below)

It is certainly worth noting that in the Recognized Service Organizations Directory for the Lutheran Church-Missouri Synod, the Ambassadors of Reconciliation (AoR) is listed.  Let's not ever forget how the AoR (mis)handled the Sovereign Grace Ministries mess.

The other pastor at St. Matthew Lutheran Church, Joe Behnke, joined the staff in July or August 2010.  Prior to accepting the position at St. Matthews, he earned a masters degree. According to Zoom Into. he served in the position a couple of years.  Now he is Associate Pastor and Director of Mission & Spiritual Care at Beautiful Savior Lutheran Church in Plymouth, Minnesota.

Here at TWW, we are detecting a trend among older congregants.  Remember the post about the grandmas who were kicked out of their church?

Are you are probably aware, complaint letters are only the tip of the iceberg when it comes to problems the business world. One complaint letter represents a multitude of people who have been disappointed/hurt in some way.  For far too long hyper-authoritarian leaders have commandeered churches while sidelining the flocks God has charged them to protect.  We are grateful that Mrs. Pfeil is taking a stand.  She is a role model for many of us who are too afraid to challenge the 'authoritah'.

More to come when the ruling is handed down…