"There is no safe way to remain in a relationship with a person who has no conscience. The only solution is to escape." link 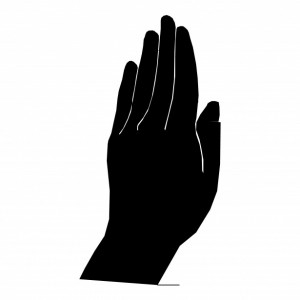 A year ago, we introduced A Cry For Justice: Domestic Violence and the Church. In our opinion, this book, by Pastor Jeff Crippen is the most comprehensive look at domestic violence and the evangelical church. Here is quote from the book.

Victims of abuse are often discounted by their churches. When they gain courage to seek help, they are routinely given superficial advice. accused of not being good wives or children, told they are surely exaggerating the case, and then sent home to "do better" and suffer even more at the hands of their tormentor. And when the finally leave their abuser, either by separation or divorce, most often the victim is the one who must leave their church while the abuser remains.

The church, in other words, is enabling the wicked person.

One of the most grievous examples of how the church sometimes views domestic violence comes from none other than Paige Patterson.

The Southern Baptist Outpost has an article with an excerpt from audio recordings and transcripts from a conference in 2000, in which Paige Patterson explains the counsel he gave one battered woman. Here’s the quote the Outpost posted:

Just in case someone thinks this is an Arminian versus Calvinist thing, here is a story from that post that took place in a Reformed Baptist church which is a member of all the gospelly correct organizations.

One of the gazillion pastors at this church was abusing his wife and, according to some reports, his young children. While the pastor was at work, the wife's family came to her home and got her to leave with the children. The family then called the lead pastor and requested his assistance in dealing with the abuse. He refused, saying that she would have to move back into the home in order for this to be handled in a "biblical" fashion. Thankfully, the family refused and instituted divorce proceedings. But the abused wife is the one being blamed by the church for the break-up of the marriage.

It is no secret that TWW admires the work of Boz Tchividjian and his organization G.R.A.C.E.  His voice has brought renewed focus onto the subject of child sex abuse and cover up in the broader evangelical community. His organization has not only reported on the subject, it has provided resources as well as conferences and church tutorials which have begun to open the eyes of the broader evangelical church. He has also assisted universities like Bob Jones to investigate the issues of rape and cover up on college campuses.

Recently, Tchividjian has turned his eyes to the problem of domestic violence in the local church. In an article for Religion News Services, #WhyIStayed: How some churches support spousal abuse, he said that his attention was drawn to the recent Ray Rice video in which Rice was shown hitting, and then knocking out, his girlfriend (now wife). As many in the country struggled to understand why Rice's girlfriend not only stayed with Rice but also married him, Tchividjian had this to say:

As I was still processing this repulsive offense, I was came across dozens of heartbreaking tweets from abuse victims around the world using the #WhyIStayed, expressing why they had remained with the person who abused them. As I read these tweets, I began to realize how often I have heard abuse victims share that the Church was the reason #WhyIStayed.

These stories are plentiful, like the two I shared above. Here are some insights given by Tchvidjian. The similarities to the way many churches have treated child sex abuse victims is uncanny.

1. Domestic violence is a criminal matter.

I recently listened to a well-known pastor answer a question about what to do if a wife is being physically abused by her husband. Not once during the pastor’s lengthy and seemingly empathetic response did he ever direct or even encourage the victim to contact the police.

2. Making a victim return to the abuser is NOT reconciliation. (Reread the Paige Patterson story above for a perfect example.)

…churches prefer to push victims back into the arms of abusers as they congratulate themselves and praise God on another successful “reconciliation”.

3. When forced to return, the victims usually develop a warped view of God.

…victimized spouses stay with those who hurt them, resigned to the hopeless belief that is what God wants them to do.

4. Male dominated churches are the ones most likely to be dismissive of spousal abuse.

An abusive husband gets caught and says the “right” words to his friends and is quickly embraced, as the wife is disciplined by his friends for taking steps to protect her life.   Too many wives within our churches are intimidated back into abusive homes by unsupportive male leaders, who exploit their authority and misuse scripture in directing them to “try harder” and “stop making him angry.”

5. Victims are told to not speak about the abuse because it is a bad Christian "witness."

Too many of us know abuse victims who have been instructed by a pastor or someone in their church to keep quiet about the abuse, and to stay with their abusive spouse in order to “work things out”. They convince these abused that doing anything otherwise is considered to be a “bad Christian witness”.

6. What is an unsafe church:

Here are some reasons people give why they stayed. It should break you heart. If it doesn't,  get help.

It is no secret that John Piper holds some odd views on women as well as divorce. It is vital to understand his viewpoint because he is looked up to as a demigod in certain neo-Calvinist circles. His word rapidly becomes "what we believe" at many churches.

John Piper, prominent teacher of marriage permanency in the Reformed churches promotes his doctrine as “radical”. He teaches that divorce for any reason whatsoever is “marital sin” despite one being subject to abuse, adultery, or abandonment. He teaches that a divorced person must remain single and not remarry as long as their former spouse is still living even if the former spouse has since remarried.

…Piper forges a weapon from his doctrine to beat the abuse victim into submission. Typical of an abuser, he rallies his fans around his doctrine and regardless of the abuse, instructs them to “… articulate a hatred of divorce, and why it is against the will of God, and do all we can biblically to keep it from happening.” (This Momentary Marriage, page 159)

Here is his advice. Note that he says nothing about reporting this to the police. He also advises a woman to endure getting smacked around for a night. Then she should go to the elders for help. How reassuring is that?

With this in mind, here is a challenge to readers who attend a church.

I once attended a church which refused to allow the posting of the phone number to a local domestic abuse hotline. Why? The pastors believed that they knew how to counsel those trapped in domestic violence. I later learned that they believed a woman should stay with her abuser while they counseled them on how to "relate" better.

Then, decide. Does your church care about those who are abused? If they don't, maybe you should consider redirecting your donations to groups that do. Sadly, some churches only listen when they lose money.