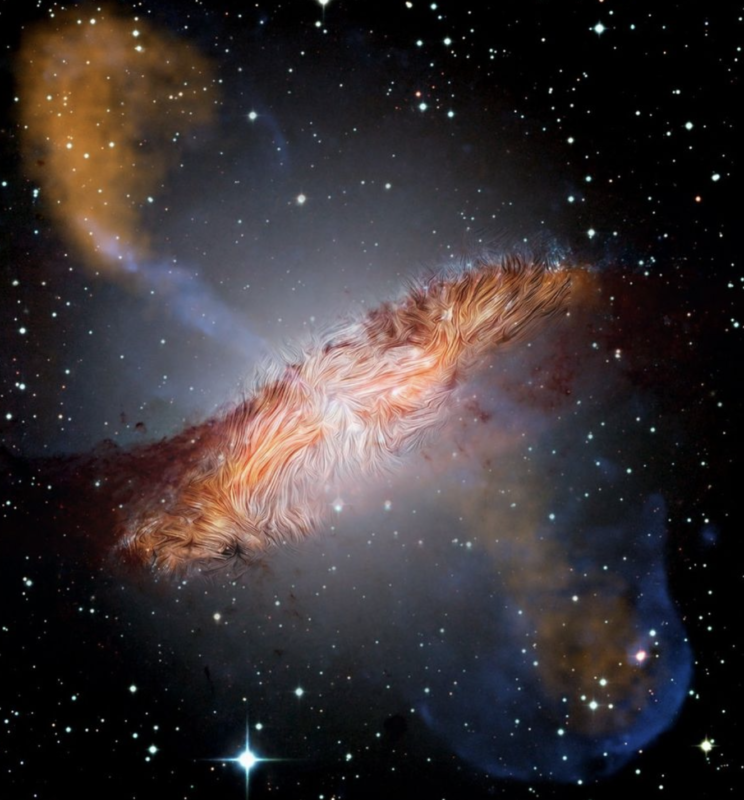 Centaurus A. A galaxy with orange and dark red dust lanes comprising a center column and a faint shell of blue along its outskirts. Twisted magnetic fields distort the center column of the galaxy. NASA

“The concept of surveillance is ingrained in our beings. God was the original surveillance camera.” Hasan M. Elahi

I appreciate your understanding of my mother’s illness this weekend. She has bilateral viral pneumonia caused by Influenza Strain 4. But she is (as she says) “One tough old bird” and is successfully fighting this off. It is dangerous, especially for the elderly, since antibiotics are ineffective. She is doing better, and I am less worried at this point.

In the meantime, I was sipping my coffee last week and listening to a local talk show host who makes me laugh while presenting the news. I was startled when he started talking about Covenant Eyes (CE) and how churches use this as a means of control. His is not a Christian talk show. I had planned on discussing this as part of a post on Gracepoint Church. Instead, I will save that for Wednesday and discuss CE now. I assume it will cause some discussion. 🙂

Let me make something clear. Not only do I write about folks who have been abused in churches, but I also point out the means of abuse in churches. For example, I have written extensively on the abuse of membership contracts, known as covenants.

What is Covenant Eyes?

With Covenant Eyes, you choose someone you know and trust to walk with you as your ally and hold you accountable for your online behavior.

The Covenant Eyes app tracks activity on your devices. The Victory app shares your activity feed right to your ally’s phone.

You’ll celebrate victories together and have honest and caring conversations about your successes, setbacks, and triggers. With the Victory app, your ally will always have your back, and together, you’ll discover the freedom of living porn-free.

The local talk show host said something to the effect of:

If someone wishes to use this and is not coereced into doing so, that’s up to them. Unfortunately, that’s not how it has been working out recently.

Are some churches using it to spy on their members?

Yes, and I will discuss a specific instance on this on Wednesday. That church has other control problems, but this is one means that they use to combat a specific sin. The Christian Post wrote Covenant Eyes acknowledges privacy concerns, warns churches not to use software for ‘spying.’

They quoted from the original source at Wired, which posted The Ungodly Surveillance of Anti-Porn ‘Shameware’ Apps.

I guess that they first heard about this from a Christianity Today article: At Gracepoint Ministries, ‘Whole-Life Discipleship’ Took Its Toll, which I will write more about on Wednesday. It’s a case study in over-the-top control.

When Grant Hao-Wei Lin came out to a Gracepoint church leader during their weekly one-on-one session, he was surprised to learn that he wasn’t going to be kicked out. According to his church leader, Hao-Wei Lin says, God still loved him in spite of his “struggle with same-sex attraction.”

But Gracepoint did not leave the matter in God’s hands alone. At their next one-on-one the following week, Hao-Wei Lin says the church leader asked him to install an app called Covenant Eyes on his phone. The app is explicitly marketed as anti-pornography software, but according to Hao-Wei Lin, his church leader told him it would help “control all of his urges.”

…The omniscience of Covenant Eyes soon weighed heavily on Hao-Wei Lin, who has since left Gracepoint. Within a month of installing the app, he started receiving accusatory emails from his church leader referencing things he had viewed online. “Anything you need to tell me?” reads one email Hao-Wei Lin shared with WIRED. Attached was a report from Covenant Eyes that detailed every single piece of digital content Hao-Wei Lin had consumed the prior week.

The church leader zeroed in on a single piece of content that Covenant Eyes had flagged as “Mature”: Hao-Wei Lin had searched “#Gay” on a website called Statigr.am, and the app had flagged it.

Even textbooks could be called into question.

For example, in Covenant Eyes reports that Hao-Wei Lin shared with WIRED, his online psychiatry textbook was rated “Highly Mature,” the most severe category of content reserved for “anonymizers, nudity, erotica, and pornography.”

Such surveillance, when misused, can be dangerous.

“spying on people is damaging and counterproductive.”

Our usage policy explicitly prohibits using Covenant Eyes to monitor someone without their authorization,” said Armstrong. “We do not allow spouses to use Covenant Eyes to spy on one another or employers to secretly monitor employees.”

Armstrong said the company turns away parole officers who want to use Covenant Eyes’ software to “secretly monitor employees.”

Contrary to the app’s mission, Armstrong said church leaders shouldn’t be using the technology to spy on their congregants. Instead, he said, congregants and others should decide of their own free will to establish accountability relationships among their friends and peers.

Gracepoint is backing away from reports, but you know how that goes.

Gracepoint is backing away from reports that they use this app to spy on people. According to CP;

In response to the article, Gracepoint released a statement clarifying that “only those that volunteer to serve as staff members are expected to have some sort of accountability software or arrangement.”

You may be inclined to accept this statement with a jaundiced eye when we discuss this group’s alleged incredibly disturbing, controlling tactics on Wednesday. For example, Wired quotes former staff members who said

All five former Gracepoint congregants who spoke to WIRED said a church leader was their accountability partner.)

“To provide some context, the fact is that among many Christians, the use of internet filtering or accountability software is often considered a good thing, with accountability software avoiding some of the clunky features of filtering software. We are open to better ways to accomplish safeguards our staff members desire and we’re hoping to find/implement such technologies.”

Google is concerned and has removed CE and another app, Accountable2You, from the Google Play Store.

After being contacted by WIRED, Google suspended the Covenant Eyes and Accountable2You apps from the Google Play store.

“Google Play permits the use of the Accessibility API for a wide range of applications,” Google spokesperson Danielle Cohen said in a statement to WIRED. “However, only services that are designed to help people with disabilities access their device or otherwise overcome challenges stemming from their disabilities are eligible to declare that they are accessibility tools.”

Both apps are still available to download in the Apple Store.

Ben Lawrence, the CEO of Accoutnable2You, pushed back against the Google Play Store removal.

“To function in our mission of providing accountability for the device owner, we use the AccessibilityServices API as allowed for by Google,” Lawrence said in a statement. “The AccessibilityServices API can be used for many different things aside from helping people with disabilities. We have been listed on the Play Store for many years and have fully complied with all requirements and met all the regulations regarding Google’s User Data policies, including their upcoming policy changes.”

Did you know there is a Coalition Against Stalkerware?

Stalkerware refers to tools – software programs, apps and devices – that enable someone to secretly spy on another person’s private life via their mobile device. The abuser can remotely monitor the whole device including web searches, geolocation, text messages, photos, voice calls and much more. Such programs are easy to buy and install. They run hidden in the background, without the affected person knowing or giving their consent. Regardless of stalkerware’s availability, the abuser is accountable for using it as a tool and hence for committing this crime.

The issue of stalkerware

Stalkerware is an example of how technology may facilitate abuse such as partner surveillance, gender-based and domestic violence, harassment and more. In recent years, the problem of stalkerware has been on the rise globally. Non-profit organizations report a growing number of survivors are seeking help with stalkerware, and cybersecurity companies are detecting a consistent increase in these harmful apps.

Where does this leave us?

By now, you get the idea, and we will discuss it later this week. Here are some thoughts.

A final story from Wired.

Hao-Wei Lin has since moved on from Gracepoint but is still processing the trauma he feels the church has caused him. I met him earlier this month at his thesis exhibition at Parsons School of Design in New York City, where he is about to get his Master of Fine Arts in photography. He tells me that it was only after he went back to school that he felt he was in a safe enough space to start processing what he went through at Gracepoint.

Hao-Wei Lin’s photography was somber, but not without humor. One was of a 3D rendering of a room where he says he and other members of Gracepoint would meet after their Sunday service. A solitary figure is hunched over praying, his head resting in the seat of his plastic chair. As I look at the photo, Hao-Wei Lin tells me he wants the viewer to feel like they are a surveillance camera perched in the top corner of the room. The name of his work: “Covenant Eyes.”