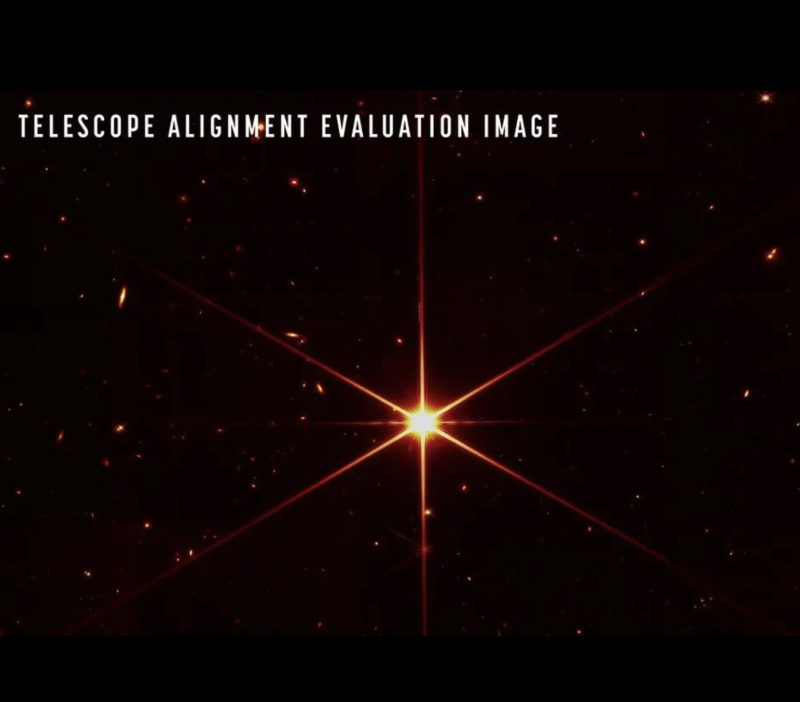 The first pic from the James Webb incredible telescope.James Webb/NASA

“Friendship… is born at the moment when one man says to another ‘What! You too? I thought that no one but myself…'”— C.S. Lewis, The Four Loves.

The Matt Chandler Village Church mess has caused some consternation in evangelical circles. Some are concerned that a message is being conveyed that friendships between men and women will lead to problems of the sexual kind and that we must stick to the now infamous Billy Graham rule. Others like Aimee Byrd and Karen Swallow Prior believe, as I do, that friendships between men and women are not only possible but are essential and imperative.

As Christians, we look forward to eternity in heaven. Since we will be spending with one another there, perhaps we should practice spending time with one another here. Aimee Byrd wrote a book that made her the subject of critique called Why Can’t We Be Friends?: Avoidance Is Not Purity.

In Religion News Services, Karen Swallow Prior recently wrote The scandal of evangelical Christian friendship. She recalled an experience where an older woman who participated in a conference needed a ride to the airport. A young man had been tasked to drive the participants. He refused to escort her since he would be “alone with her,” and he followed the Billy Graham rule. I remember getting into an elevator in a ministry building, and a guy I knew immediately jumped out of the elevator. I giggled because I knew he was one of those “Billy Graham rule keepers. Poor guy. He should have been more afraid of my writing platform. 😎

On the one hand, Christians believe in and celebrate the createdness and goodness of our sexed bodies (and all that is inherent in being created male or female). To ignore this physical aspect of our being is to deny reality and slip toward Gnosticism.

On the other hand, Scripture instructs believers who are not married to each other to treat one another as brothers and sisters. This is a weighty command with serious moral implications: to treat a brother or sister as a potential sexual partner is, after all, to indulge a rather disordered desire.

…In other words, perhaps because we have overlapped marriage with friendship so much, we don’t know how to have opposite-sex friendships that aren’t inherently sexual. A spouse ought to be a friend, to be sure. But “friend” — even “best friend” — is a demotion from “husband” or “wife.”

I am going to share some random thoughts about this continuing debate.

Billy Graham was a unique individual, and his life’s concerns are not mine.

Graham was a once-in-a-lifetime, larger-than-life evangelist. He never expected to become famous and attempted, sometimes not well, to “live above the fray.” He would make mistakes of a different kind. Perhaps the most famous one was making a big deal out of praying in front of the media after meeting with Harry Truman, who was furious about this display.

Graham, for some reason, believed he would get set up, and some reporter would try to take a picture of him alone with some woman who hid in his hotel room. But wasn’t this more fear of dishonest media? I wonder why he wasn’t as afraid of some photographer setting him up by holding a glass of demon brew in his hands?

To go a bit deeper, wasn’t Graham’s prayer setting up the media to report on his spiritual influence on the President? Remember that thing about praying in private? I guess a pretend prayer to influence the media is holy. It looks like “setting up” can run in both directions.

I truly liked Bill Graham. I listened to him as a lonely teenager trying to figure out life. I read his excellent autobiography Just As I Am. In it, he freely admits that he was not a good father. So he got one rule right and maybe not another. He did get the following right: “Simul Justus et Peccator,” (Martin Luther.)

In my life, I am hardly afraid of some photographer setting me up to look bad. So why should that rule apply to me?

Only church employees and small business owners have the power to enforce the outdated Billy Graham rule.

Men and women of many large companies travel together, eat together, and meet privately. I worked for such a company and thought nothing of traveling with coworkers of both sexes. In the time I spent there, nothing “bad” happened. Remember, these days, human resources take strong stances against coerced relationships. Any employee has the right to speak to HR if someone behaves inappropriately. Yep, that’s right. Stuff happens.

Some pastors, church leaders, etc., will fail even with the Billy Graham rule.

I imagine that Johnny Hunt may have been a proponent of the Billy Graham rule. We can set rules for ourselves, and we will still fail. Think about diet and exercise. We set up parameters for ourselves which are very good. But how often do we fail to keep up with our good intentions? I think what I am trying to say is this. If someone wants to cheat, he will cheat.

Why does the Billy Graham rule apply only to the opposite sex?

In Graham’s day, most LGBTQ people hid in the closet. Those days are past. Men can hit on men. So, should we never meet alone with anyone if we want to appear pure?

What’s the deal with never being seen eating with someone of the opposite sex in a restaurant?

If a man eats alone with a woman who is not his wife, I have a couple of thoughts. Why would the couple reveal something by eating out in public if something is going on? We all have smartphones, and one can assume somebody would record this dinner date. Could it be that the couple wishes to announce their relationship in a very public way? If not, then they are naive.

Most likely, this is not a romantic situation. The man and woman are in public and are therefore behaving. What in the world are they going to do in public anyway?

The Billy Graham rule targeted all women as potential Jezebels.

This is perhaps the most destructive error in the rule. Graham and his entourage viewed women as potential sexual temptresses. Until recently, I have heard many men refuse to relate to women because they fear them. Women became objectified and were to be avoided at all costs.

Think of what is lost in such a worldview. Women are told they cannot preach, lead adult Sunday schools, and sometimes are not allowed to read Scripture out loud in church. Now they are to be avoided at all costs. They are relegated to setting up the Sunday buffet and cleaning the kitchen.

The Billy Graham rule sadly contributed to women being treated as second-class Jezebels. What did the church lose? It lost decades of women who could have contributed their faith and knowledge to a church. Even now, theodudes preach about the feminization of the church. Here is an article from the infamous CBMW.

The men who espouse the Billy Graham rule often appear “holier than thou.”

As a woman who was back-burnered in an SBC church (I taught as much as the two men, but they wouldn’t put my name as a leader of the class), I tire of men who think that “not going out to lunch with a coworker of the opposite sex means they are living out the Billy Graham rule. They are not holier since all have sinned. A pastor I love would often talk about people who wish to downplay their sins. They advertise their holiness by “cooking the books.” They chose a sin with which they do not struggle. For example, it could be”the sin of being in a restaurant with a woman.” Then they advertise they would never do such a thing. Yet, privately they watch porn or are abusive to their wives or one of a gazillion sins. Yep. They have it in the book they are pure, but they are just like the rest of us.

Jesus let us know that adultery is wrong. He said we need to avoid all appearances of evil. If one lives in a super-insulated hot house, one’s perspective is that the definition of evil means hanging out with a woman. But did Jesus say that? In the real world, the one in which the tithers tend to live enduring, close friendships and working relationships are normal between men and women. Sometimes, the real world gets it right.

I hope you realize that Todd and I work together. He has become a dear friend and a thoughtful compatriot. When I need to laugh, Todd is always there with a quip. The last time I checked, he did not appear to view me as a Jezebel.

The following quote by CS Lewis describes our friendship.

“Friendship… is born at the moment when one man says to another ‘What! You too? I thought that no one but myself…'”— C.S. Lewis, The Four Loves.

Some here at TWW have found others who have “thought their thoughts” and found they were no longer alone. I’m one of them, and I pray I will always be the friend in the following song. (Wait until the second verse.)