9/11/2022
The Wartburg Watch, sparring no expense to bring you, our readers, the latest news and insights sent me on assignment to Flower Mound, Texas in an attempt to discover how Matt Chandler and The Village Church are coping with their latest scandal.

Enjoying a short, two-week sabbatical in lovely Oklahoma City I decided to make a short, 2 1/2 hour road trip south to the Big D (and I do mean Dallas!)

Before I update you on my time at The Village Church let me put in a short plug for a beautiful area in Oklahoma – Turner Falls Park south to the Texas border. I35 winds through an area of heavily wooded deciduous trees that ascend to a high rocky ridge-line.  There are many giant fans along the ridge-line producing electricity. Once on top you have a nice view of the surrounding area. I bet the Chickasaw Retreat & Conference Center on the right side of the photo below is a beautiful place.  Maybe I will book a stay there on my next sabbatical! 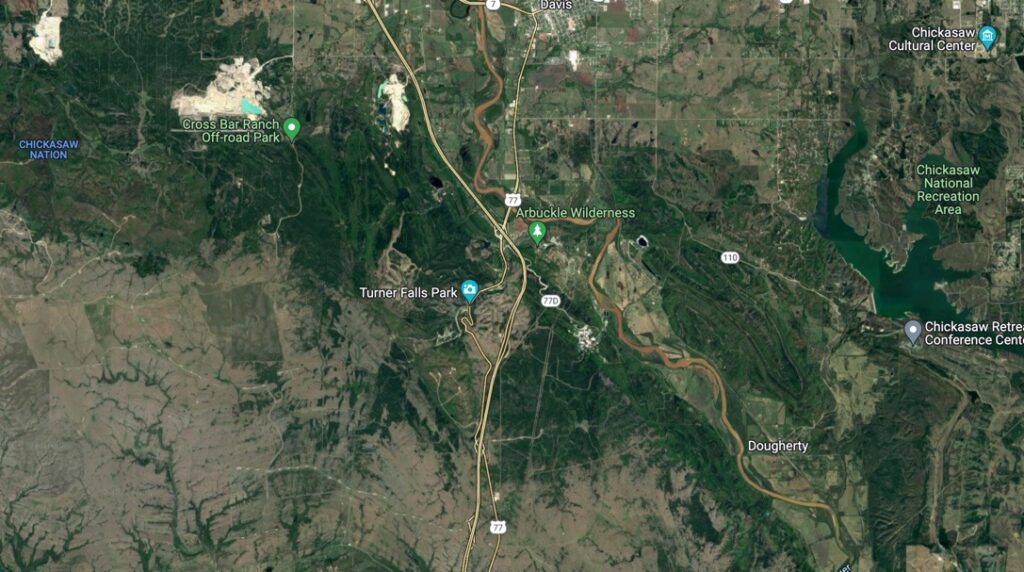 Back to the task at hand – The Village Church holds two services on Sunday morning – one at 9:00 and one at 11:00.  I decided to attend the earlier service as I figured it would be less crowded. I pulled into the parking lot around 8:30 and was surprised to see volunteers already stationed around the strip-mall parking lot, directing TVC attenders where to park.  It was reminiscent of parking at Disneyland, minus the $25 fee. Many cars were already parked and people were streaming towards the entrance like thirsty cattle to a watering tank. (I threw that analogy in for the benefit of Matt Chandler who owns a nice cattle ranch producing “clean” steaks from Texas cattle, except Chandler’s ranch is apparently in Oklahoma.} 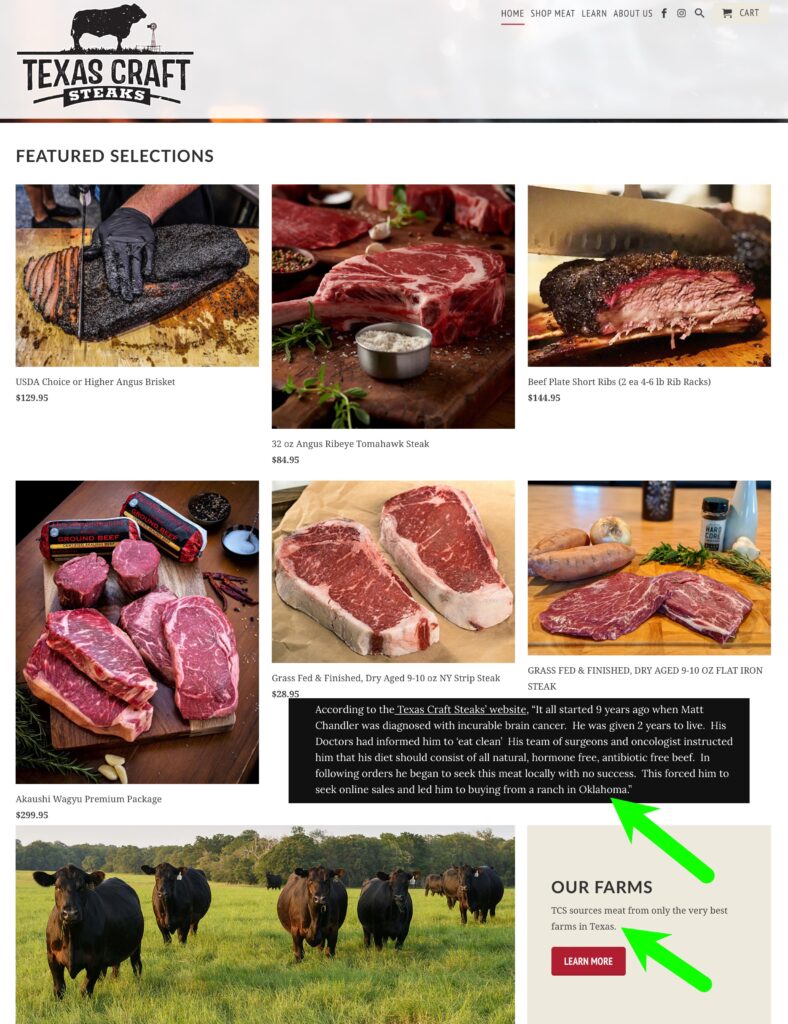 Rumor has it that Chandler provides the beef to an exclusive and popular restaurant not far from TVC (The Village Church), so I imagine that keeps the Chandlers in tall cotton. (You keeping up with the agricultural references?) The name of the restaurant escapes me, so if anyone is aware of this rumor feel free to advise us in the comment section.

Once inside the large building I made my way to the stairs leading to the church offices and the balcony. At the base of the stairs was a volunteer distributing pre-packaged “communion” items containg a small wafer and a little cup with grape juice. I mindlessly took one as he held it out in front of me, but when the time arrived in the service to drink the cup and eat the bread I didn’t partake. The short amount of time carved out of the service to squeeze in the ritual of communion just didn’t do it for me, besides I was afraid  I might get struck with a bolt of lightning if I “celebrated” communion in Chandler’s church.

So I found my place in the middle of the back row of the balcony with a man on one end and a woman on the other end of the row. (It actually wasn’t a proper balcony because you could walk down the stairs to the lower level of seating.) I figured I would be out of the way during the service and wouldn’t bother anyone if I took some photos.  I was wrong. The building quickly swelled to near capacity and my row was nearly full, with the only empty seats on either side of me.

I honestly was surprised by the massive turnout and wondered if maybe the Dallas folks were all going to the early service so they could watch their Cowboys open the NFL season, but then I recalled the Cowboys were playing the Sunday evening game.  Maybe Texans are just early risers. I didn’t stick around for the second service, but I would guess it was just as crowded as the first. So it does not appear that what seems like a constant stream of scandals at TVC has impacted attendance at all.

Were I to characterize the church service I would say it was run very professionally, the music was very well done by some highly skilled musicians (it reminded me of Hillsong), the preacher was very competent, though not on par with Chandler, the sermon was kept to about 30 minutes (which seems to be about the length all the pastors hold to), and it seemed very sterile to me.

Not a soul said hello to me, which was fine by me, but seems rather unusual for a crowd of Texans. There were not a lot of older folks in attendance, though there were many middle-aged couples with 3-5 kids, I saw a few families who were racially mixed, and several were white couples who had adopted kids from different races. (I thought that was cool.) By my rough estimate there were about 30% of the people that raised their hands while singing. I don’t know if they were of Charismatic bent, or if they just do that now in Baptist churches.

At the end of the service there were two people baptized.  One was an 86 year-old woman who was baptized by her daughter. The second was a child who was baptized by his father.  I don’t know if TVC always has a relative do the baptizing, but I found it unusual. I know many believe only a pastor should do the baptizing.  (I’d love to hear Mark Dever’s thoughts on this!)

I did not see Matt Chandler, nor was he mentioned. (Perhaps he too was taking a sabbatical in OKC!)

Another thing I find weird is the announcement woman up front was pushing the idea of going on “prayer walks” around your neighborhood with a group of people. I am not sure where this originated, but I always felt it came from the Charismatic camp. Personally I would not participate because it seems like more for show than for serious prayer. I recall the words of Christ:

” And when you pray, you are not to be like the hypocrites; for they love to stand and pray in the synagogues and on the street corners so that they will be seen by people. Truly I say to you, they have their reward in full. But as for you, when you pray, go into your inner room, close your door, and pray to your Father who is in secret; and your Father who sees what is done in secret will reward you.”
Matthew 6:5-6 NASB

But, I guess prayer walks have found their way into the Evangelical crowd now. Navigators, which I always thought to be a mainstream Christian group, has endorsed it, and indeed are promoting it.

Below is a song from Sundays worship service at TVC. The song went on for about 8-9 minutes. I have edited the clip to make my point, but nothing has been repeated.  Go ahead and sing along once you get the words down.

Finally, I would like to end on a positive note. Here is something I would like to see more of at churches – reading of the applicable passages of Scripture in front of the assembled church!

To summarize my visit to TVC – on the surface all seems well. If any members have decided to leave after this last “whatever it is” scandal it must only be a very small number.  The crowds are still very large and I am sure the money continues to fill the coffers.