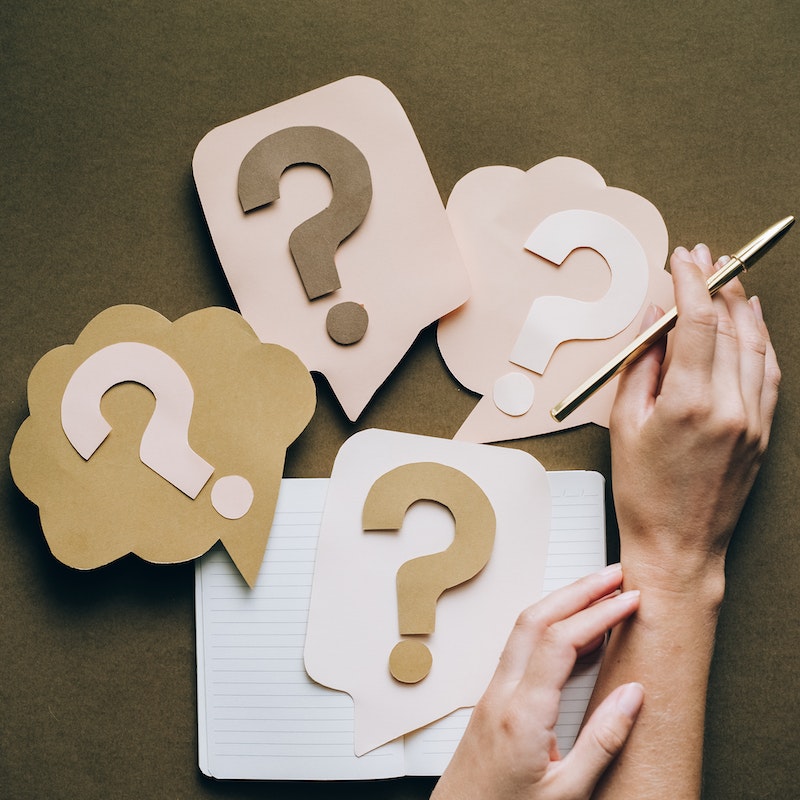 “If they can get you asking the wrong questions, they don’t have to worry about answers.” ― Thomas Pynchon, Gravity’s Rainbow

How to do a confession, and it does involve the word “sin.”

I belong to a conservative Lutheran church that takes the time of confession seriously. That is not something that goes on in many megachurches, even those churches that are part of the one true theology which involves being young, restless, and reformed. I have been a member of such churches and know of what I speak. Thankfully, that has changed. Let me lay out the time of confession in my church. After we have prayed for our members and the world’s needs, we head towards communion. However, there is a time of confession taken very seriously and most solemnly. Here is a typical sort of prayer that we will pray out loud.

Pastor: Most merciful God,
Congregation: we confess that we are in bondage to sin and cannot free ourselves. We have sinned against you in thought, word, and deed, by what we have done and by what we have left undone. We have not loved you with our whole heart; we have not loved our neighbors as ourselves. For the sake of your Son, Jesus Christ, have mercy on us. Forgive us, renew us, and lead us, so that we may delight in your will and walk in your ways, to the glory of your holy name. Amen

When we get to this part, the pastor will say something like:

Take a moment to confess your sins to God silently.

At this point, there is a hush over the church as people take this earnestly and soberly. Then, as one considers the weight of one’s sins, the pastor will say something to the effect of

Pastor: Almighty God, in his mercy, has given his Son to die for us and, for his sake, forgives us all our sins. As a called and ordained minister of the Church of Christ, and by his authority, I, therefore, declare to you the entire forgiveness of all your sins, in the name of the Father, and of the Son, and of the Holy Spirit.

We then begin preparation for the rite of communion. What would you say if I said we ended the time of confession like this?;

Jump up, whoop and holler and high-five each other, loudly clapping and having the drummer beat his drums loudly, with people laughing and joking around with one another. And continue in this way as the people come down the aisles for communion.

Let’s contrast this with what we do. We give each other a handshake, hug,  or wave, saying to each one, “The peace of Christ.”

If you haven’t seen such a service, you are missing out, but what does this have to do with anything? Yesterday, when Chandler confessed to a well, to something, he apparently got a standing ovation and a round of applause. People were heard yelling, “We love you, Matt.” And this was fine and dandy since Chandler’s not going anywhere except to a nice, long LOA.

This response by the congregation was inappropriate. A confession needs to be treated with the solemnity with which it is offered, which may be why this “confession” was not treated with due respect. I guess no one prepped the congregation, perhaps hoping they would do this. I don’t know, but it was surprisingly shallow for the self-styled premier, Reformed, SBC church. Perhaps there is a lack of teaching in this area.

Matt Chandler confesses he did something to get himself on a leave of absence, but I’m not sure exactly what that was.

It was quite a church service at The Village Church yesterday. TVC, as it is affectionately known, is a stealth Reformed Southern Baptist Church. Matt Chandler, the lead pastor, is considered one of the leaders of the ” (Not so) Young, Restless and Reformed crowd. He is the beloved head (at least until recently being removed from that for now)of Acts 29, the Reformed church group, and is loved by the usual crowd like Al Mohler. He might be embarrassed to let you know that he was once a fan of Mark Driscoll and CJ Mahaney. Chandler did not have formal training to be a pastor, having graduated with a BA. in Bible from Hardin-Simmons Unversity, which has longstanding financial problems.

What did the church leaders and Chandler say?

Judge for yourself. Here is the entire video of the worship service. Go to 18:06 minutes to begin the “confession.”

Here is a statement from the church

A few months ago, an individual approached The Village Church’s lead pastor Matt Chandler with concerns about the way he was using direct messaging on social media with a woman who was not his wife. Matt shared those concerns with his wife, Lauren, and two elders, Josh Patterson and elder Chairman Jasien Swords that same evening, and submitted to their leadership in addressing the situation.

The elders commissioned an independent law firm to conduct a review of Matt’s messaging history across social media platforms, cell phone, and email. The investigators’ report led the elders to conclude that Matt violated our internal social media use policies, and more importantly that, while the overarching pattern of his life has been “above reproach”, he failed to meet the 1 Timothy standard for elders of being “above reproach” in this instance.

We are strong proponents of brothers and sisters in Christ being friends, but there are boundaries around what’s appropriate in these kinds of friendships. A pastoral role requires a greater awareness of those boundaries. In this case, while the messages were not romantic or sexual in nature, the frequency and familiarity of the messages crossed a line. They revealed that Matt did not use language appropriate for a pastor, and he did not model a behavior that we expect from him.

While the elders believe this did not rise to the level of disqualification, we hold elders to a higher standard of behavior. The elders concluded, and Matt agreed, that Matt’s behavior was a sign of unhealth in his life, and that the best course of action would be for him to take a leave of absence from teaching and preaching at The Village Church. Matt’s leave of absence is both disciplinary and developmental, which allows him to focus on growing greater awareness in this area. The timeline for his return will be dictated by the elders’ expectations for his development.

We know this update is challenging, and you may have questions about this or want to process this with someone. That is normal and expected. Our staff and leaders are available to receive you and pray with you. If you don’t know who to connect with or where to go, you can start by emailing the Care department, and we’ll make sure your email gets connected to the right person.

While we do wish to respond to every inquiry, we appreciate your grace and understanding as we seek to prioritize the care of our congregation in this season.

Here is a transcript of the statement by Matt Chandler as posted on Protestia.

Several months ago, a woman approached me, outside here in the foyer, she had some concerns for how I was DMing on Instagram with a friend of hers. I didn’t think I had done anything wrong in that; my wife knew that, her husband knew that. And yet, there were a couple of things that she said, they were disorienting to me.

And so I immediately came in the room, I found chairman of the elder boards, Jason Swords, found Josh Patterson, the other lead pastor, and said, “This is what this person just told me.” And then I went home, Lauren wasn’t with me that night, and I told Lauren, this is what was said to me tonight.

From there, the elders began to look into, because that’s what they’re supposed to do. Because we cannot be a church where anyone is above the scriptures, and above the high heavenly call into Christ Jesus. And so they looked into the conversation between me and this other woman, and they had some concerns.

And those concerns were not that our messaging was romantic or sexual. It was that our conversations were unguarded and unwise, and because I don’t ever want there to be secrets between us, the concerns were really about frequency and familiarity.

We believe in brother/sister relationships here, and yet there was a frequency that moved past that. There was a familiarity that played itself out in coarse and foolish joking that’s unbefitting of someone in my position as a lead pastor, and as an elder I’m held to a higher standard and fell short of that higher standard.

So the elders have decided, and I think they’re right, that my inability to see what I was in probably has some revealing some unhealth in me. And I don’t know if that’s tied to my run pace or the difficulty of the last six or seven years, but I agree with them. And so in their grace to me and my family, they’ve decided and again, I think they’re right, to put me on a leave of absence starting immediately from preaching and teaching at the Village Church.

But the Word of God holds me to a certain standard. And, I need to I need to live into that, and I fell short. And man, I’m apologizing- my family, to you, to all involved in this situation. And I, some things I love, I love that our elders engaged at the level they did. You know, easy this would have been to make it nothing and just let me not address whatever this is? Super grateful that the elders have loved us and walked with us the way that they have. Super grateful for you. I’m super hopeful for what’s to come in the future. But I need to breathe. And that’s both discipline, the discipline and it’s development. And so when in time, forgive me, I love you. Eager for the other side of this, whatever God has for us. And so let me pray for us. And then Josh will step in and lead us in the service.”

This is one of the most nonsensical handlings of a “pastor run amock” I have ever heard. I believe that there is much more to this story. There must be since it doesn’t appear that he did anything that could be characterized by the word “sin.” Yet it took them months to tell the church about it. I believe Chandler is dealing with more severe things than “unhealth. Stay tuned. Please let me know what I forgot.

PS SBC Voices posted We Need to Stop Applauding Fallen Pastors. Guess who they were thinking about?