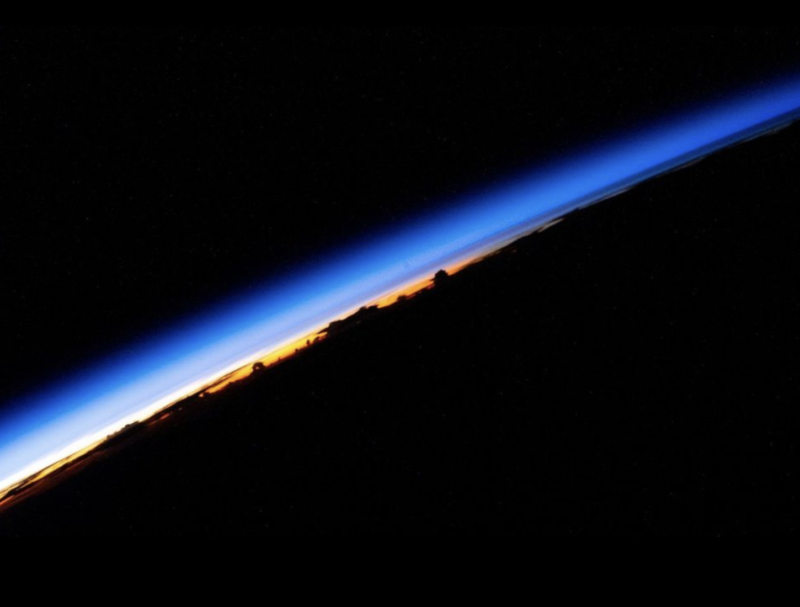 See the sunrise every 90 minutes from the ISS. NASA

“For where God built a church, there the Devil would also build a chapel.” Martin Luther

On Wednesday, I will finally be able to write “the rest of the story.” Justice has been served after 40 years. It is a story like this that keeps me blogging. TWW participated in making sure this story saw the light. Tonight, I’m celebrating. Please rejoice with the victim and me by reading the post. I will rerun a post I wrote about Good Friday and Easter on Friday.

I spent a lot of time wandering in the post-evangelical wilderness. At one point, I was about to give up and might have done so if I had not found my Lutheran church. During this search, I was still a Christian. I read my Bible, prayed, read some great books, and spent much time on the Internet, interacting with frustrated people looking for church homes. I had spent many years in typical evangelical, nondenominational churches and one SBC church which was the cause for this blog.

I liked most of my other churches. As I got older, I noticed an interesting trend. All churches want young people ostensibly to keep the faith growing. Sermons and conferences centered around attracting young families by emphasizing their youth programs. My family benefitted from this emphasis. This is not a post condemning the family emphasis in churches. It is a post expressing concern for those who have been forgotten and in some cases, not wanted.

I am a member of the Baby Boomers.

Millenials numbers surpassed the Boomers in 2019

The other groups, like Gen Z, are sandwiched between these two large groups. I will focus on older church members.

Christianity Today wrote an interesting article: The Church Is Losing Its Gray Heads. It is subtitled: “Why are boomers and Gen X dropping out of church at higher rates than younger Christians?”

Patterns in church attendance show that people over 40—that is, Gen X and baby boomers—are at least as likely to stop attending church as millennials and Gen Z.

…US government data that in the past few years, adults between 55 and 64 are reporting significantly reduced church attendance, lowering their attendance by 10 percentage points. These older adults are not fitting the pattern of other generations, who report similar rates of church attendance in 2018 and 2021. This may mean that churches will soon notice the drop in their older attendees, even if the pattern isn’t clear yet.

It was thought that young people drop out of the church but show up when they marry and have kids. Then, they stay on. Not so.

When people stop attending church these days, their pastors can’t expect them to return.

Why are they going? Would it surprise you to know they still hold onto their faith?

Among those over 65 who didn’t attend church, 45 percent said they don’t go to church because “I practice my faith in other ways.” About the same proportion of people between 50 and 64 said the same. In other words, just under half of Christians over 40 who stop attending church feel they’re still practicing their faith.

The older folks tend to “fade away” because they aren’t satisfied with their church. They aren’t getting what they need.

I loved this comment by a former church member.

Phillips had a conversation recently with one of his middle-aged members who had left. “I love you. I love the people there,” the man explained. “But quite frankly, I’m getting everything I get at church in my soccer club.”

They don’t dislike their church. They don’t like some aspects of it

In the Pew survey about quitting church, less than a third (28%) of Christians over 65 who don’t attend church said they stopped because of dislike for the church. This group selected statements such as “I haven’t found a church I like,” “I don’t like the sermons,” and “I don’t feel welcome.”

There were some speculative thoughts involving politics. I’m not so sure about this one.

Josh Baker is a professor at East Tennesee State University and editor of Sociology of Religion. Baker has found that the main difference between those leaving and staying in churches is political affiliation. Those who identify as Independent or Democrat politically are most likely to stop attending church and pursue their faith privately, he says.

They don’t quit because of scandal or abuse? I disagree.

I have seen people exit in serious situations. Hillsong, Willow Creek, etc., all saw attendance decline dramatically. I think this quote is simply wishful thinking, but I can’t prove it. Undoubtedly some folks out there are studying this issue.

Burge said, people rarely quit church for dramatic reasons like scandal or abuse. “The reality is that most people leave for very practical reasons,” he said. They could move, or life becomes busy and church is not as convenient as it once was.“Some people can’t even articulate why they left in a coherent way. They just did.”

The following insight from one woman made me feel like I’m not alone in my thinking.

“The church became increasingly antagonistic towards ‘others,’ not attuned to the fact that I am the other,” said Redl, who is Black and has two biracial children.

She said the church also began to display an alignment with extreme-right politics and handled addressing sexual abuse in the church poorly.

As a “Boomer,” I survived “5 steps to a better marriage, better kids, etc.” I needed something deeper from church and found it. But many can’t, no matter how hard they try. They then give up.

Don’t assume the spiritually mature stay, no matter what. They don’t.

This comment jumped out at me, and I fully concur.

McConnell said. He believes that’s why it’s important for churches to consider all age groups as at risk of leaving.

“As people age, they tend to become more spiritually mature, but that doesn’t remove the risk or likelihood that they could go astray or no longer want to be practicing with other believers.”

If church leadership and members keep that in mind and reach out to those who haven’t been at church in a while to see what they’re struggling with and let them know they’re valued, McConnell said it can help push back against the trends.

The church may not be meeting the spiritual needs of the older believer, and that could spell trouble for the church.

So many churches focus on younger members and miss out on the wisdom of those who have much to offer. They are forgotten when churches decide on programming. For example, churches could form support groups for those caring for loved ones with Alzheimer’s. How about having groups for empty-nesters to meet each other? What about a Bible study on how the Bible views aging?

Where do older church-goers put their money? Before finding our current church, we elected to use our money to help a parachurch ministry in which we actively participate. I think churches that lose older members might see funds directed elsewhere.

Other reasons why older members leave the church

An article from Good Faith Media had further insights: 3 Reasons People Over 60 Leave Your Church.I particularly liked the following. Yep- older people are not sitting around eating bonbons these days.

Seasoned saints no longer attend church because they are busy like everyone else.

This has to do with the changing landscape of family life and split families.

Whereas families used to live in the same neighborhoods and attend the same churches, many families are spread across the state or the nation. Grandparents have to travel in order to visit adult children and grandchildren.

The effects of cultural shifts, anxious churches trying to attract younger churchgoers, and a transient family landscape have led to the decline of church attendance in the older generations.

Frankly, we have not balanced the need to change with the honoring of traditions that have brought stability over the years.

In reaching for one generation, we’ve left another behind by taking people for granted.

The best quote from this article is:

Everyone wants a church filled with energetic, enthusiastic young people, but they don’t want to attend a service that feels like a youth group for adults.

Ageism and the church

I think churches get young people and families. They have so focused on these groups that they have lost the older members.

When I went to work on the Navajo Reservation, I was surprised that the younger Navajos would address the elderly as “Grandmother” and “Grandfather.” I learned that this was their way of honoring them. The oldest members of that community hold an important position. The younger members sought their input for important decisions. They often point out the most senior people who attended a health fair or meeting. At the health fairs, we would give a gift of flour and salt to the most senior male and female.

These days people are retiring later and are often just as busy as the younger folks. It’s time to rethink the bias of the church. Is it ageism? Perhaps, the church merely reflects the culture instead of pursuing healthy, well-balanced relationships.

One church asked its older members to worship elsewhere as they “reset the church.

Grove United Methodist Church will be closing in June, but plans to relaunch in November. Current members, most over 60 years old, will be asked to worship somewhere else, according to the St. Paul Pioneer Press reported.

Officials from the church said the congregation needs a reset and the best way is to appeal to younger people. The church has struggled with membership and finances. Seven years ago, the church could no longer pay for its minister, so it switched to lay ministry, with weekly sermons by members.

… “I pray for this church, getting through this age-discrimination thing,” William Gackstetter said at church on a recent Sunday as the gray-haired heads around him nodded in agreement, according to the Associated Press.

The pastor said they wouldn’t be barred from attending, but…

The older members will not be physically barred from attending, Peters said, but the expectation is that they won’t.

“We are asking them to let this happen,” Wetterstrom said. “For this to be truly new, we can’t have the core group of 30 people. The members of the church have other options. They can come to Woodbury during this phase.”

Do not be worried. They can reapply for membership in the church in 2 years! Well, maybe…

I have a feeling that this will get some interesting comments. As an older person, what do you not like about the church? As a young person, what do you think about more senior members of your church? Do you participate in activities such as Bible studies with them or do you stay focused on younger interests only?