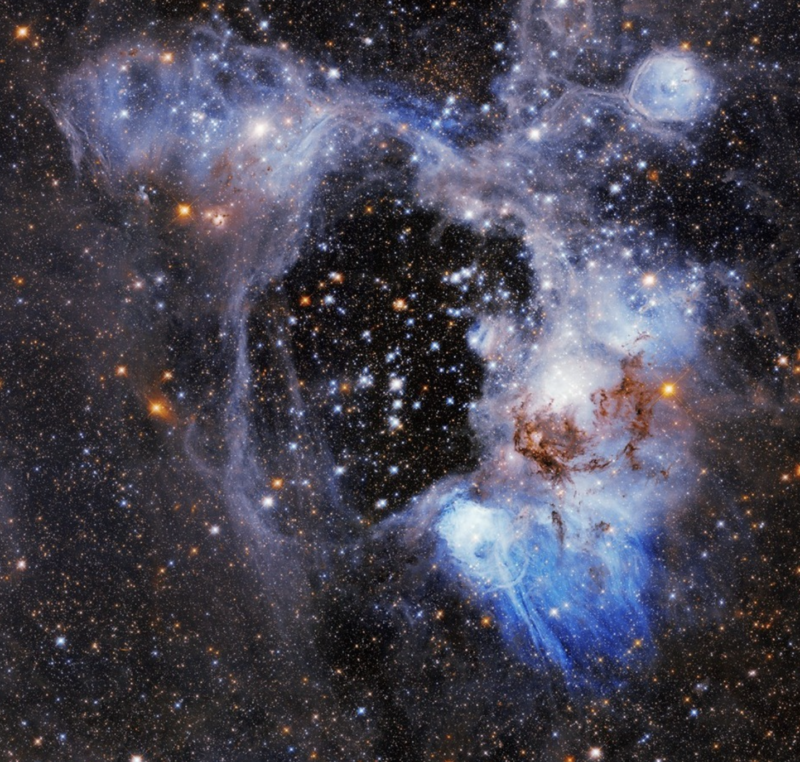 “I have learned now that while those who speak about one’s miseries usually hurt, those who keep silence hurt more.” – C.S Lewis

This is a perplexing and infuriating story of a pastor credibly accused of child sex abuse. Here is an introduction to Clay Corrigan from Focused Community Strategies (FCS.)

Shelley and Clay Corrigan have big hearts. When they saw the plight of thousands of abandoned orphans in Haiti, they simply had to do something. Something radical.

They packed their essential belongings, cashed in their very modest life savings, bought plane tickets, and headed straight into the most destitute place in the western hemisphere. They signed on with an orphanage, immersed themselves in the language and culture of the Haitian people, and took immediate steps to adopt one of the orphan children.

During the adoption process, the director of the orphanage asked them if they would be interested in meeting the child’s mother. The question stunned them. They had assumed that the child’s parents were dead or missing. In fact, the little tyke’s mother came regularly to visit him. Of course they wanted to meet her!

“Why do you want to give up your child?” they questioned the mother when she came for her next visit. “I don’t want to give my baby away,” the young woman responded emphatically. But she had no way to care for him, she explained.

She had no job, could barely find scraps of food for herself, squatted in a make-shift lean-to beside a disease-ridden dump. This was no place for a child, she said with obvious emotion. In the orphanage, at least he would be safe and fed and maybe have a chance for a decent life. But, no, she really did not want to give up her baby.

Soon after, Clay and Shelley created The Apparent Project to help bring jobs to this impoverished nation. They created a business involving jewelry.

In 2008, Shelley, the Apparent Project founder, and her husband moved to Haiti with their two biological children. This provided an opportunity for the child they were adopting to become part of their family right away.

They had accepted a job as house parents at an orphanage and were in charge of 25 boys aged 7 to 17. What they soon discovered was that all the boys had parents who loved them, but the parents didn’t have enough money to feed them.

People with a pioneer spirit and a belief that parents should be able to keep their children wanted to help. Jewelry was produced, carried in luggage & distributed all over the States! In 2009, a business formed & grew exponentially after the 2010 earthquake! People were desperate to help a country that was so devastated. And Haitian artisans had a chance to become skilled at jewelry making.

In 2013, Shelley resigned as the head of the project to focus on production.

Eventually, there was a need for a legal Haitian production company in order to provide consistent income for the Haitian artisans. In 2011, a production company was created. By the end of 2013, Shelley needed to focus full-time on production, so she resigned from Apparent Project. Marilyn Monaghan became the Director of Apparent Project. She had already been facilitating the distribution of Party Boxes & Fundraisers all over the USA since the end of 2010.

This all sounds wonderful, and it is. The project is still ongoing. But something was going on in the Corrigan household. It is alleged that Clay sexually abused a child. The Daily Beast posted a copy of the indictment. Here is part of it. 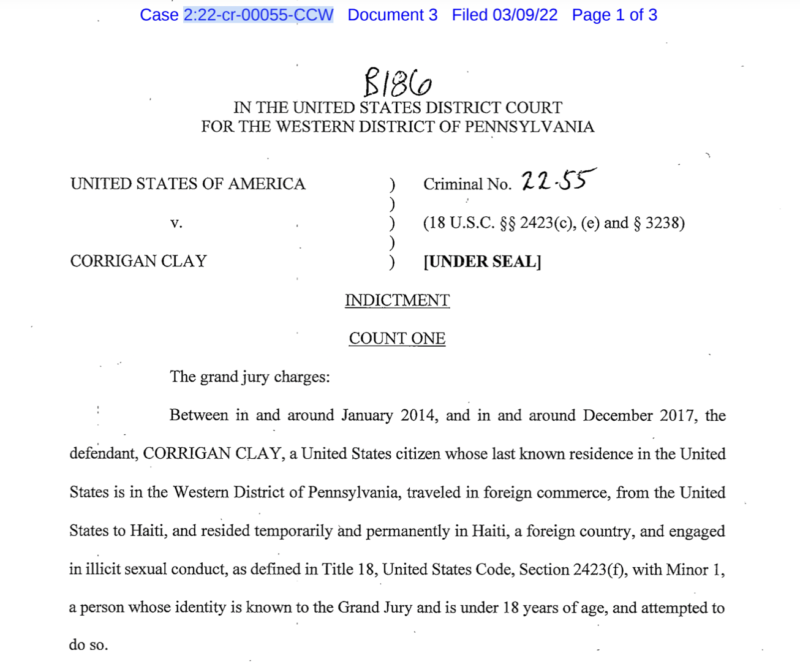 Clay sexually abused the unidentified child from January 2014 to December 2017, the indictment states. No further details are provided in the filing, except that the alleged victim was under 18. But Clay’s ex-wife, with whom he had two biological children in addition to the pair they adopted, told The Daily Beast on Friday that the illicit conduct involved one of their own kids.

Clay allegedly began abusing the child in 2014, after the divorce.

Shelley Jean Clay, who split from Clay more than a decade ago and now operates a Haitian-focused crafts market in Florida, declined to provide further details about the allegations, emphasizing that she was not involved and had no idea what was happening.

“It was my child, but I don’t think I am at liberty to talk about it because the court case is in process,” she told The Daily Beast.

Clay left The Apparent Project in 2013.

He parted ways with the organization in 2013,

In 2016, the “couple” started a preschool for children and added a kindergarten in 2017

OK, Dee is confused. Clay is alleged to have “parted ways” from the project in 2013 but is still helping along with his ex-wife.  Why are they are called a couple?

By 2016, the couple’s “desire to continue their care increased,” and they opened the “AP Preschool,” according to the post.

“The year was a success, and in 2017, we added our AP Kindergarten,” it explains. “The goal is to grow with our AP children by adding a class to our school each year! And… to provide quality education, along with character development based on Biblical principles! We are working to raise leaders who will be able to bring positive change to their world!”

By this time, Clay had already been abusing his victim for roughly three years, according to the feds.

Clay says their project was allegedly backed by big names in the US.

According to Clay, in a web archive from Regent College:

Clay was living in Pittsburg when he was arrested. His ex-wife is living in Florida

According to the Pittsburg Post Gazette, in Ex-pastor in Pittsburgh was indicted on child sex charges in Haiti, Clay is living in the US.

Corrigan Clay, 43, who had been living on Robinson Street in Oakland, was arrested last week by federal agents and was due in court in Pittsburgh Tuesday for a detention hearing, but the case has been pushed back until Monday at the request of his lawyer.

…The case is being prosecuted by the Child Exploitation and Obscenity Section of the Justice Department.

At some point, his ex-wife moved to Florida.

Shelley Jean Clay, who runs a market selling Haitian-made art in Florida, did not respond to a messag

Clay has long been a tattoo artist.

According to his website, Mr. Clay is an artist by training who ran a tattoo parlor in Haiti called Ayiti Ink & Image from 2009 until 2020. He said he originally trained as a painter with a degree from Seattle Pacific University.

The site also identifies him as a filmmaker who has focused on promoting projects in Haiti and helping orphans in that nation.

Clay Corrigan has a website that presents his body art business.

Here is a link to his bio on that site.

So he did this business while being involved in the Apparent Project.

…Originally trained as an oil painter with a Bachelor’s Degree in Visual arts from Seattle Pacific University,

…Corrigan is a former pastor with a Masters of Arts degree in Theology and the Arts from Regent College, Vancouver, B.C.

He also claims to be a filmmaker.

Corrigan’s own film work has focused on promoting underfunded projects in Haiti providing care for the elderly, offering medical care in remote areas, and helping create greater understanding of the orphan crisis in Haiti.

I can find no record of him working as a pastor except for this cryptic entry on a Google search.

I have become concerned about the number of American pastors/parachurch workers going overseas to work with young children. Some may be doing this so they will have unsupervised access to children. I wish there were some way to monitor their actions more closely. I have pondered ways to make this happen, but I have not developed a solution. In this case, Corrigan and his wife went there on their own accord. Clay had reportedly received an inheritance from his father and used it to fund the venture, so there was probably no oversight.

Sometimes, I feel helpless and perplexed. This week, in a Lent service, the pastor discussed 2 Corinthians4:7-9 NIV

7 But we have this treasure in jars of clay to show that this all-surpassing power is from Godand not from us. 8 We are hard pressed on every side, but not crushed; perplexed, but not in despair; 9 persecuted, but not abandoned; struck down, but not destroyed.

On my way out of the church, I told him that the word “perplexed” often describes me. My pastor said he thinks it represents most people. So I leave this story with you with no solution except to say I hope justice will be served.

PS I wonder if he could do a “Daughter of Stan” tat?