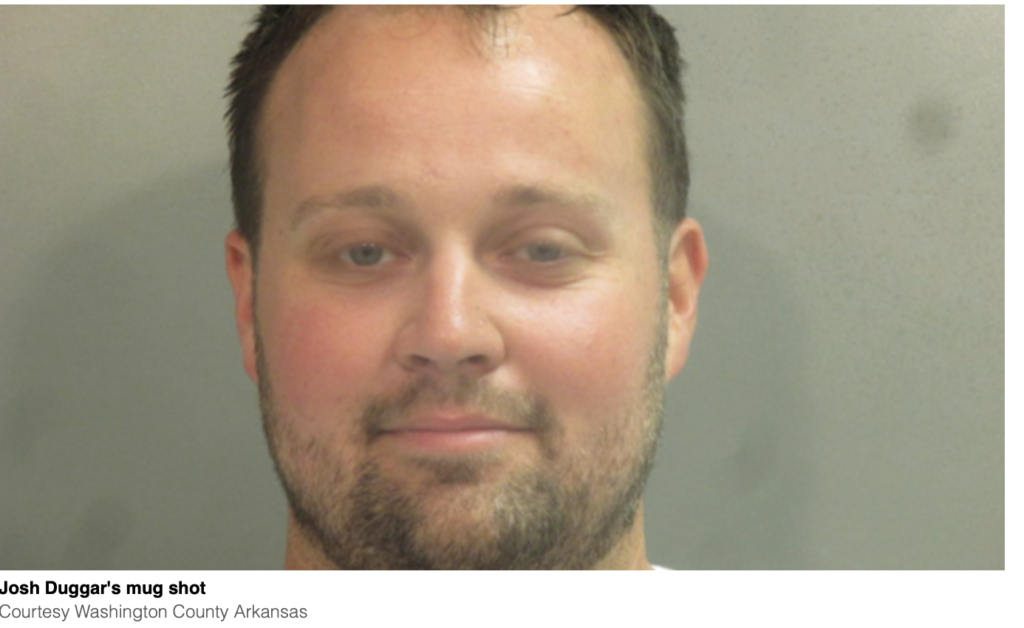 “Evil is a mystery, a scandal and it will always be so.” ― Jacques Philippe

Joshua Duggar, 33, is charged by indictment with receiving and possessing child pornography.

…The star of the former reality show, “19 Kids and Counting,” was taken into custody by U.S. Marshals on Thursday afternoon and booked into the Washington County Detention Center — he was placed on a federal hold with no bail. 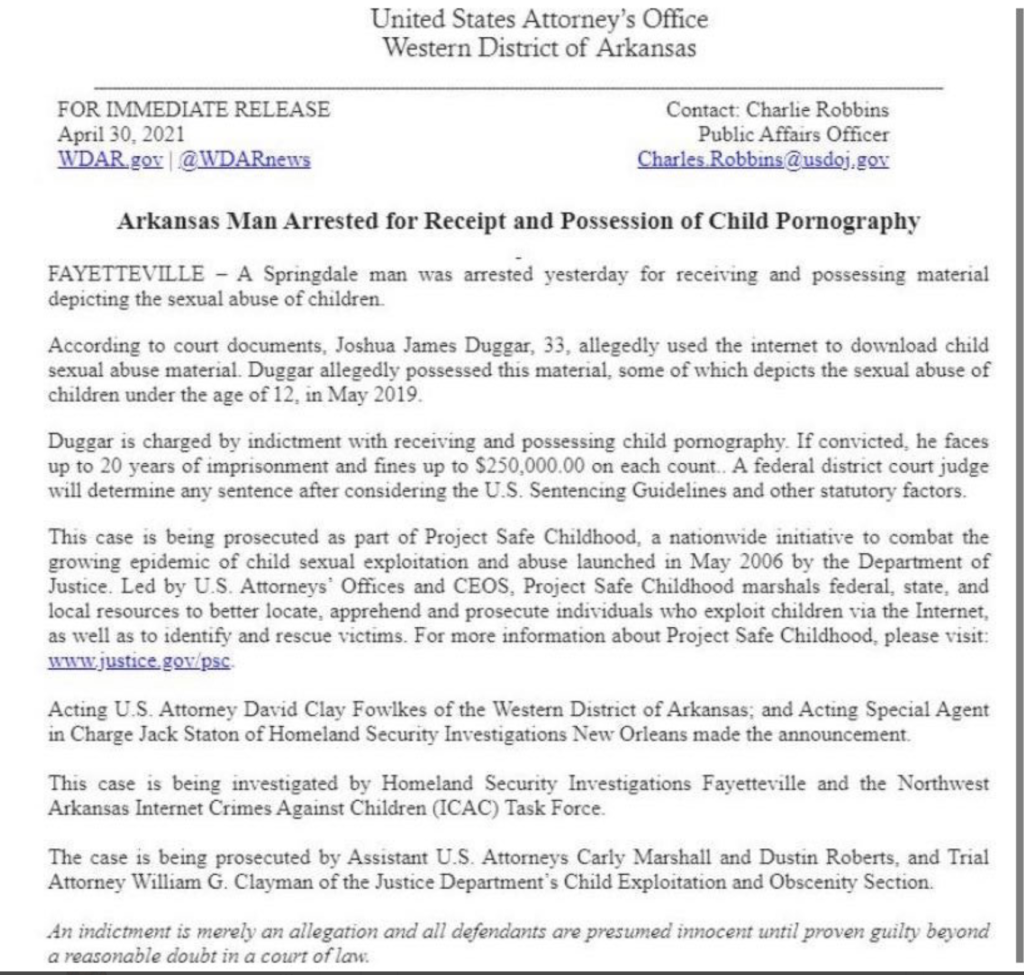 The former reality star’s attorneys have requested a detention hearing to allow Duggar out on bond, which will be held virtually May 5, Robbins added.

…According to a press release from the United States Attorney’s Office, Duggar could face up to 20 years in prison and fines up to $250,000 on each count.

“Duggar allegedly possessed this material, some of which depicts the sexual abuse of children,” the press release said.

The case is being prosecuted in part by national initiative Project Safe Childhood, a program started in 2006 by the Department of Justice to protect children from sexual exploitation and abuse.

Then there is the obligatory *we love Josh* from the Jim Bob and Michelle patriarchy.

“The accusations brought against Joshua today are very serious. It is our prayer that the truth, no matter what it is, will come to light, and that this will all be resolved in a timely manner,” they wrote. “We love Josh and Anna and continue to pray for their family.”

A history of the scandals involving Josh Duggar.

Here is a list Josh Duggar’s Lawsuits, Scandals, and Controversies Over the Years

It appears that Josh Duggar has had some form of paraphilia for much of his life and needs intensive psychiatric care.

Now it appears that Josh allegedly has been caught accessing child pornography, showing pictures of children under 12 years old. Imagine a man getting his jollies by watching little children being raped? Such a man is possibly a pedophile which is a paraphilia, something I discuss regularly. Here is the best paper from the NIH: Paraphilias: definition, diagnosis and treatment

Does anyone care about Duggar’s kids and wife or are they to be sacrificed to the patriarchy?

It appears that the Duggars felt prayers, a submissive wife, and locked doors could cure their son who is plagued by serious sexual difficulties. This has gone on since Josh has been a teen. He is now a mature man and is allegedly viewing child porn (He denies it according to his lawyer who was quick on the scene.) Duggar is in deep trouble. If he is released on bail, he most likely will not be allowed home with his children which is a darn smart idea. He could get up to 20 (times 2) years in prison for his crime. Oftentimes, such sentences run concurrently. That would give his kids time to grow up.

However, we should be aware that Duggar may well have a paraphilia which can be a lifelong problem. Such a problem also demands the input of expert psychiatrists, not unskilled biblical counselors. Without expert help, we can be sure we will be hearing more about scandals involving Duggar.

We should also be concerned for the welfare of Duggar’s children as well as the extended Duggar family which involves many, many children. He molested his sisters. Can you imagine what he could do to his nieces and nephews?

TWW has been covering the Duggars since 2009. Josh has been in trouble since 2002. It appears we are going to eyewitnesses to the utter foolishness and failure of their ability to cope with real-life problems. Does anyone remember Michelle and Jim Bob consulting doctors to see if she could keep having babies beyond normal cessations of such abilities? Michelle Duggar Consults Fertility Doctor About Having a 20th Child at Age 47. They appeared to want more babies to surpass some record so they could make more inane TV shows. Michelle was a carnival freak show and her husband was on board. After all, it got them their fancy house.

Now, they appear to be pushing Anna to keep having more babies while her husband indulges his apparent paraphilias. What an awful family. I’m so glad that one of them got away. Jill Duggar Says She Hasn’t Been to Parents Jim Bob and Michelle’s House in ‘a Couple Years’. I only hope that someone can help Anna and her kids get away from Josh. (Run, Anna, Run!)

PS Is Josh smirking in his mug shot?.