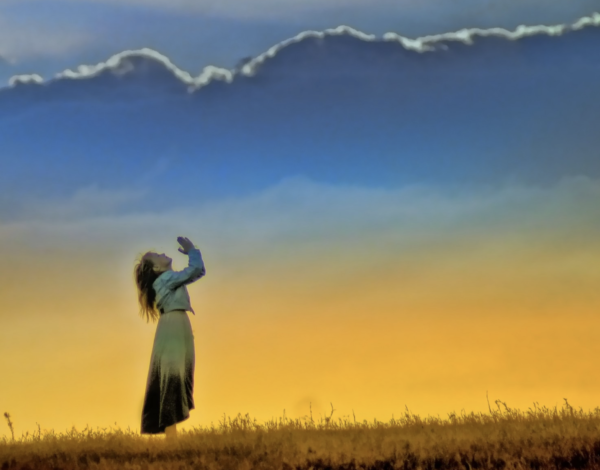 “Try to exclude the possibility of suffering which the order of nature and the existence of free-wills involve, and you find that you have excluded life itself. ” CS Lewis: The Problem of Pain

My planned post for today has been canceled until Friday due to breaking news. For many of us, it is not a surprise. Religion News Service posted Embattled megachurch pastor John Ortberg resigns from Menlo Church

Before getting into today’s news, let’s review what happened. Here is a good summary from Wikipedia.

On January 21, 2020, Menlo Church issued a statement indicating that Ortberg had been placed on leave following the revelation that he had allowed a church volunteer (later revealed to be his son, John Ortberg III) to work and travel with children, despite that volunteer’s confession of a lifelong sexual attraction to children.[19] Ortberg also made no effort to alert other church leadership to the situation.[20]

The issue came to light when the volunteer, Ortberg’s son, John Ortberg III, confessed their desires to Ortberg’s other son, Daniel Lavery.[21] Upon discovering that his father had taken no action to protect the congregation’s children, Lavery went to the church’s leadership. Lavery has stated that Ortberg dismissed his concerns in part because Lavery is transgender.[22]

On January 24, 2020, Ortberg returned from leave. He has stated that he “failed to do the right thing” and apologised for his “lack of transparency”.[23] After completing a restoration plan, Ortberg returned to the pulpit on Mar 7, 2020.[24] It has been alleged by Lavery that the investigation into his father’s misconduct was inadequate: the lawyer who conducted the investigation has no experience with matters of sexual misconduct, rather he is a specialist in protecting clients from litigation.[25]

According to Religion News Service:

But controversy at the church flared up again after Lavery revealed that the volunteer in question was his younger brother and the pastor’s youngest son, a fact that had been withheld from the congregation. Lavery, former friends of the Ortberg family and other critics of the decision have called in recent weeks for the pastor to step down.

Questions were also raised about the inquiry into possible misconduct, as the lawyer the church hired did not speak to parents or to any children or youth whom the volunteer had worked with.

The elders finally get the serious nature of what has transpired.

I only wish this had happened sooner. They are calling for Ortberg to reconcile with his family. He has been estranged from Daniel for that last two years. In the meantime, the elders are finally going to do what they should have done from the start… a thorough investigation.

Rebuilding that trust would be difficult if Ortberg remained as pastor, the elders said in the statement Wednesday announcing his resignation.

They also said the church is organizing a new, more extensive investigation.

“Our decision stems from a collective desire for healing and discernment focused on three primary areas,” the elders said in a statement. “First, John’s poor judgment has resulted in pain and broken trust among many parents, youth, volunteers and staff. Second, the extended time period required to complete the new investigation and rebuild trust will significantly delay our ability to pursue Menlo’s mission with the unity of spirit and purpose we believe God calls us to.”

Church elders also said Ortberg will focus on reconciliation in his own family after leaving the church.

Update 7/29: According to Rith Hutchins, the family was not estranged until 2019.

Pastor Ortberg’s statement and “what’s next”

It included part of a statement from Pastor Ortberg.

On Ortberg’s final days as pastor, he will address the congregation during an online service this weekend. He has served as Menlo’s pastor for 17 years. Before that, he was a teaching pastor at Willow Creek Community Church near Chicago.

In his statement, Ortberg said he regretted “not having served our church with better judgment.”

What’s next for Menlo church?

In consultation with denominational officials, church elders plan to bring on a transitional pastor. They also plan to add new elder at the upcoming congregational meeting.

According to the Menlo Church website, the church was founded in 1893. The church is part of the ECO: A Covenant Order of Evangelical Presbyterians. They also have Policy and Procedures on Ethical Misconduct.

This Ethical statement is well worth the read. How many churches have something like this policy? Here is one example.

MPPC prohibits retaliation and will not in any way retaliate against an individual who makes a charge of ethical misconduct (or those participating in the investigation of such a charge), nor permit any of its employees from engaging in such retaliation. Any such retaliation should be reported to the Committee immediately. Any person found to have retaliated against another individual for making a charge of ethical misconduct will, where appropriate, be subject to the same disciplinary action provided for those found to have violated this policy.

I am really upset about this whole thing. I really like the Ortbergs and have followed them for a long time. Nancy is a great person and I really feel for her during this time. However, we all have to remember that anyone who is attracted sexually to children is a possible danger to the children. Such a *feeling* is deeply disordered and needs the intervention of psychiatrists and other skilled mental health practitioners. It is hard for us to accept this, especially when it involves one of our loved ones. Yet when we choose to overlook the serious problems of our loved ones, we are potentially pushing our pain onto other families with children.

We are called to be ruthlessly clear when we are dealing with potential victims. We are also to be ruthlessly clear when we face the pain of a loved one who is dealing with a psychiatric disorder. As a mother, I have had to deal with a different sort of psychiatric pain in my own family. It is much better now because my loved one got the help that was needed. As mothers, we may blame ourselves and it is easier to hope for the best. But we are called to face the pain and to do the right thing, even if it is terribly costly.

John Ortberg made a dangerous decision when he chose to ignore the reality of the pain his son was enduring. I’m sure he hoped it would all be alright. He made this decision in the midst of another painful situation in his family. He had been estranged from his transgendered son for 2 years. John and Nancy have lurched from pain to pain to pain. It started with the Willow Creek situation in which Nancy said (in 2018) she was allegedly assaulted by Hybels.

Then the family was estranged from Daniel in the next (updates 7/29/20)  year. Now, they are faced with the terrible pain of their other son, John Jr, who may have a profound psychiatric disorder.

Of course, there is no excuse for not protecting the children. John has paid the price for not doing so. We can hope that John III didn’t hurt any child. It’s OK if you disagree with me. But I want you to know that I am in the midst of processing this whole thing. I have been listening to this little known song by Michael Card, over and over again. It’s called A Breath of a Prayer and it is based on the Lord’s Prayer. Here are the lyrics. Please join me in praying for the Ortbergs.