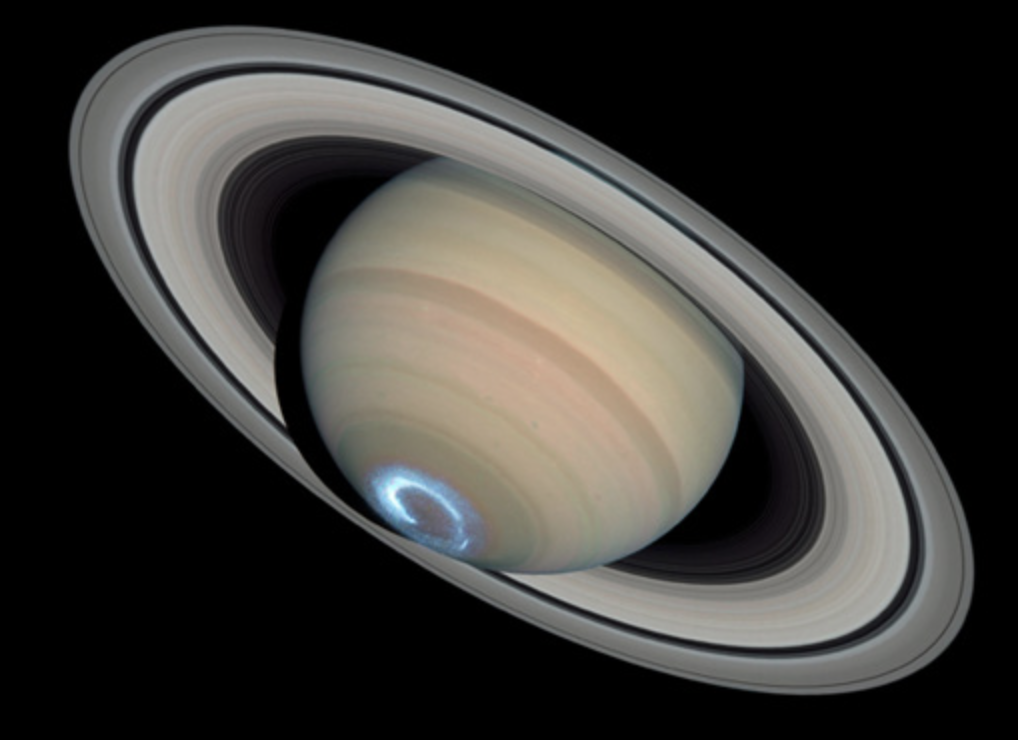 The ultraviolet image of the southern polar region of Saturn with its aurora was taken on January 28, 2004 by the Hubble Space Telescope’s Imaging Spectrograph.

{I have redone this post which went done due to a massive glitch which caused me to have to go back to some text and recreate it. I am posting this now so we can get back on course. I have to go and pick up y daughter from the airport and review when I return.}

I believe Susan Codone’s testimony regarding her abuse 30 years ago in an SBC church. She is quite articulate and presents her story well. Her experience 30 years ago was horrific. I’ve written to Susan Codone, expressing my advocacy for all victims of abuse and explaining my chosen terminology of designated survivors. Susan disagrees with me and I respect that.

Sadly, although Susan has been treated amazingly well by the Caring Well/ERLC, her experience has not been the experience of the large numbers of those who have reported their abuse to SBC churches and even SBC leadership. That is the motivation for this post.

Now a clever person on Twitter suggested I rename the survivors who are ERLC approved, *winsome*  survivors. I  till believe that the ERLC/SBC leadership picked only the individuals they could trust to serve as winsome spokespersons of the SBC.

I believe that some extremely important people have been left out of the discussion.I contend that several of these men and women, who are well known nationally, have been deliberately overlooked because they are not winsome enough. They have named their abusers and have demanded that the SBC assist them in bringing their abusers  or those who have covered up the abuse to justice. I don’t think this is what the ERLC intended. Winsome survivors do not ask the leaders to actually *do something * regarding their abuse.

The ERLC *ask* while using Susan Codone to bring the money in.

I’m a little late to this game. I’ve been swamped with calls from survivors and helping others to get their story out there, along with dealing with some illnesses in my family. One day, I will report on a rather amazing responses as my adult children have sought advice.

I was reeling from the Credentials Committee which is set up to function in complete secrecy. Survivors will not know if their report about churches will be investigated. They will only know it if there is a public announcement by the committee regrading disfellowshipping of a church. My prediction: there will be little, if any, churches which will be disfellowship. The committee  will also deal with issues of racism, homosexuality and other matter (read women in the pulpit )  I wrote about this. Sure sounds like a near impossible job for 9 people.

In that post I expressed concern that the Credentials Committee will not do anything to help the victims. In fact, I believe that there is nowhere for victims to turn to report their abuse. The only abuse that’ s been accepted is by those who appeared at the Caring Well conference. I’m delighted for them but I am quite angry at the SBC and I’m not inclined to be patient.

Yes, the adopted the Caring Well curriculum is to be sent to all churches. But even that has some drawbacks as the authors saw fit to establish a soft protocol for allowing a Registered Sex Offender to attend church.

So, when I saw the following video that accompanies the ERLC fundraiser vemail, I was taken aback.  In this video, Codone appears to make a claim that the ERLC is ready and waiting to help anyone who tells their story. But is that true?

SNAP and Christa Brown express serious concern over the ERLC’s

After I viewed the video, I was frustrated and a bit angry. So, I called Christa Brown and discussed why I was upset. She reassured me that I was correct in expressing concern that the ERLC was asking for money for an undefined *thingy* to help victims make their voices heard! No program is outlined. No explanation was forthcoming. I do exactly that on a daily basis and I don’t ask for a dime. Maybe they need another leader who will be paid $500,000 to help victims’ voices be heard?
I have been unable to get a copy of the email that was sent out by the ERLC but you can read about it in the SNAP Press Release which is included below. If you get a copy, please forward it to me and I will include that in the post.

Here is part of the  email from ERLC with identifiers removed.12/21/19

Since this a press release from SNAP,  I will include the statement in its entirety. It is important to understand what Christa is saying.

In a new fund-raising email, the SBC’s Ethics & Religious Liberty Commission suggests that it “stands with” clergy abuse victims, a claim that is misleading and insensitive.

Specifically, the email states that “through your support…we are able to stand with people like Susan and equip them to make their voices heard,” and it attaches video of #SBCtoo survivor Susan Codone, who praises the ERLC for the support it has given her. https://vimeo.com/379402328

In response, SNAP points out a disappointing disparity. While the ERLC has indeed stood with & used its financial resources to make Susan’s voice heard (and to serve its own public relations purposes), it has simultaneously ignored and suppressed the voices of many hundreds more #SBCtoo survivors who have received zero support from the SBC.

As David Clohessy, SNAP’s St. Louis leader states, “It’s cruel and Orwellian for any Southern Baptist official to fundraise with the claim that he’s ‘equipping’ clergy abuse victims to speak up when nearly all church officials continue to subtly silence them.”

SNAP board member and #SBCtoo survivor Christa Brown responds: “I wish that every clergy abuse survivor could receive the sort of support Susan has received, but that’s just not reality when the vast majority of #SBCtoo survivors receive no support at all.”

It is also important to note that the SBC has never named Susan’s clergy perpetrators. This is something that most clergy abuse survivors feel is critical – i.e., to have their clergy perpetrators publicly named by the faith group so as to protect others from the harm they suffered and so as to reach out to any other possible victims. Even retired and deceased perpetrators should be named. Retired clergy may still have access to children in other contexts, and deceased clergy should still be named for the sake of institutional transparency and outreach to others who may believe they are all alone in what was done to them.
For the majority of #SBCtoo survivors who seek something more than words and prayers – i.e., who seek from SBC officials some measure of accountability for clergy sex abusers and enablers – the SBC as yet provides no safe place for even making a report. Nor does it have any established transparent process for institutionally doing anything at all about clergy who have been credibly-accused.

It should not be forgotten that, just 2 years ago, the ERLC responded via email to a person seeking to report a clergy “pedophile” by stating that “engaging in this matter is not in the scope of our role, authority or ability.” https://www.star-telegram.com/news/local/fort-worth/article214373769.html

Christa Brown states: “Until the ERLC will publicly disclaim that statement and explain exactly how it would respond differently today, and until it can demonstrate a transparent process for actually doing something about reported clergy predators, #SBCtoo survivors who share their stories with the ERLC are likely to feel betrayed all over again.”

Here are some takeaway points

Here are some highlights/

In the end it boils down to these issues.

Until the ERLC and SBC show as much attention to folks like I’ve named, their entire process should be called into question. I wouldn’t give them a dime unless they can say EXACTLY how the money will be used. And it better not be used to fund another high paying, secretive job.

I am thankful for Rachel Denhollander who has spoken out on this issue while the others have remained very, very silent. 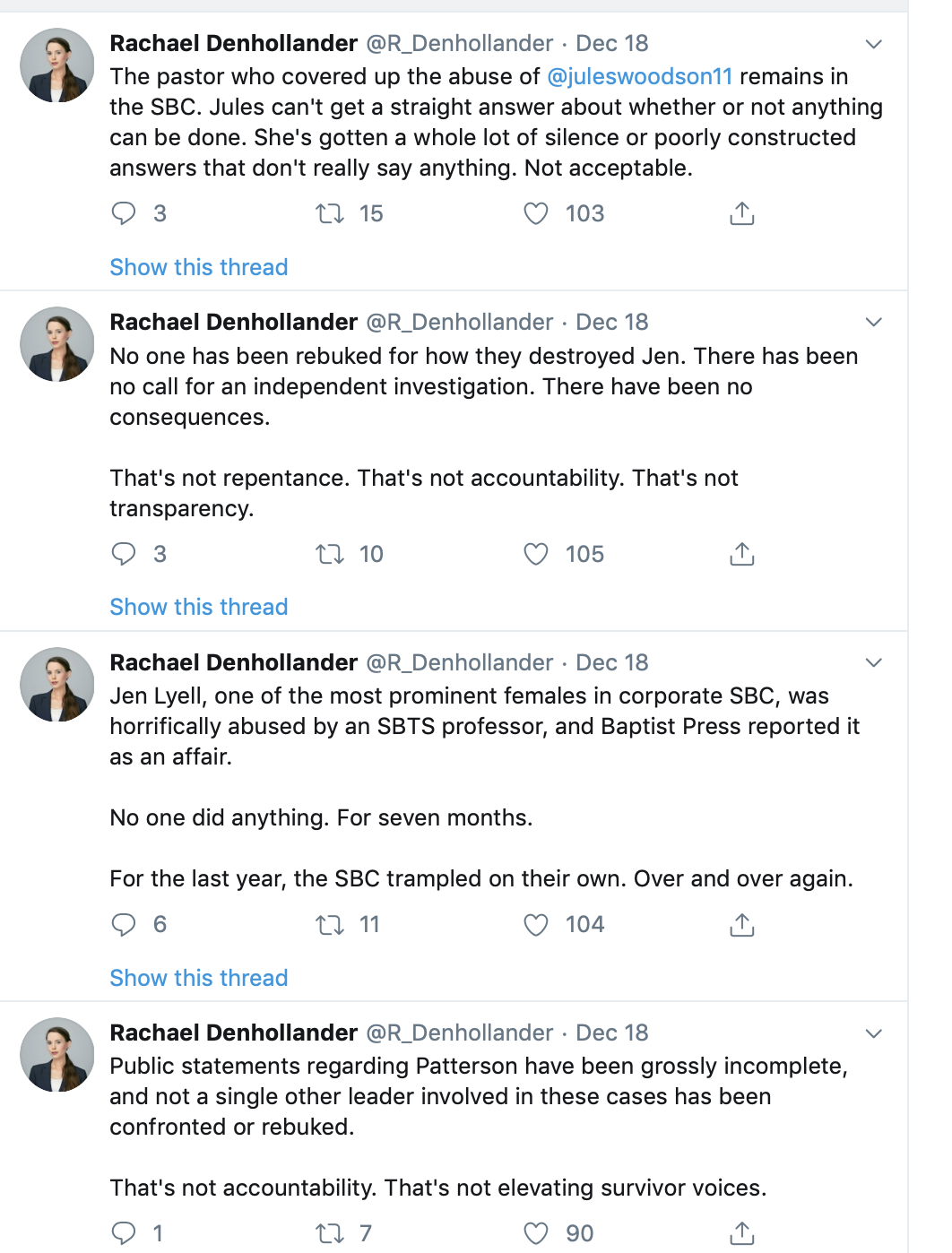 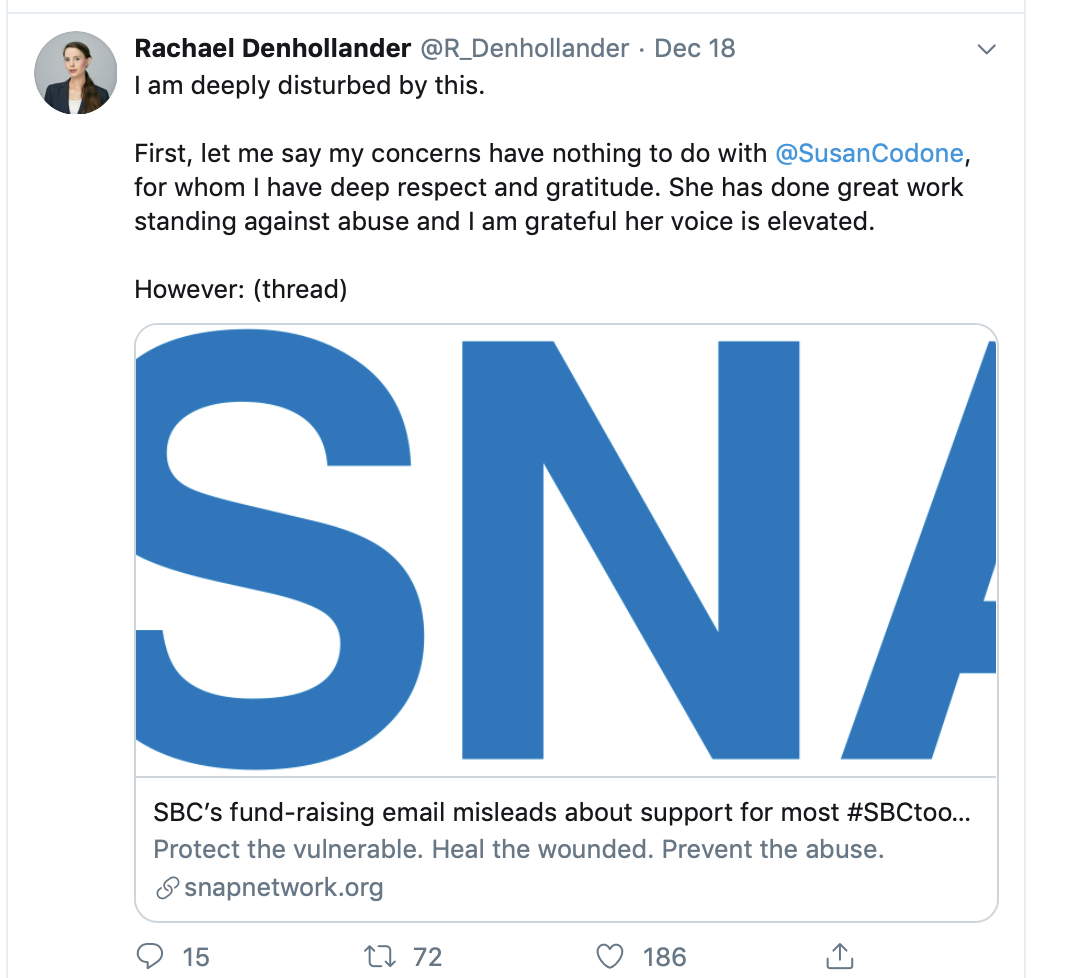 This tweet says it all. Emily, I want you to know that there are many of us who stand with you. Please feel free to tell your story here. Unlike the ERLC,  I am ready to tell your story immediately and I won’t have to raise a dime since I don’t charge for giving survivors a place to have a voice.

@PastorAdamGBC Well, he did get something right!

“For a long time what I thought a good Southern Baptist pastor should do was to send money and trust the system. We can’t do that anymore.”

Because he unfurled a pirate flag in the front of his church worship center...