In boxing, they say it’s the punch you don’t see coming that knocks you out. In the wider world, the reality we ignore or deny is the one that weakens our most impassioned efforts toward improvement. Katherine Dunn 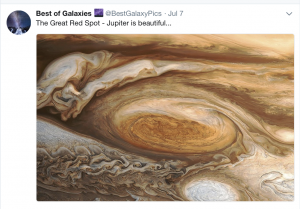 The Chantry trial proceeds. I am grateful that Todd Wilhelm is keeping us posted.

Chantry to Rely on Testimony from a Memory Expert, A Sketchy Friend and the Slim Hope Jurors Believe His Story

Sears stated in his opening statement that, “we think many if not all alleged victims in this case” have distorted memory.

Apparently, the video testimony of Dr. Davis will last 3 hours. She will undoubtedly inform the jurors of how memory works and then Defense attorney Sears will attempt to use this information to convince the jurors that the testimony of the victims was flawed and not reliable. Call me skeptical, but I find it difficult to believe this tactic will be effective. I sat through all the victim’s testimony and found it to be gripping and believable. A child may not remember all the details of when they were physically and sexually abused, but they are going to remember the event.

…After the testimony from Dr. Davis the Defense will call Don Lindblad to the witness stand. Lindblad is the pastor of Trinity Reformed Baptist Church, an ARBCA church located in Kirkland, WA.

…When the ARBCA sent their three-man investigative committee to Miller Valley Baptist Church in December 2000 to investigate Tom Chantry, Lindblad served as Chantry’s “advocate.” In 2006 a victim who had been repeatedly physically and sexually abused by Chantry in 1995-1996, at the age of 10 had tracked Chantry down and insisted on a phone conversation with him. Chantry only agreed to participate if Don Lindblad also could take part. Was Lindblad aware of Chantry’s abuse at this time? Remember, Chantry denied all charges of abuse in 2000, saying only that he disciplined the children.  If Lindblad was not aware of the physical and sexual abuse it seems strange to me that Chantry would ask Lindblad to participate in a phone call with one of his victims, now 21 years of age. Yet we learn in March 2018 that Lindblad is close friends with Chantry and wants to help him in his trial.

…Following Lindblad’s testimony, Sears had made it clear that Tom Chantry will take the stand. Personally, I think this is a desperate move by the Defense but it will be interesting to watch.

…The State called Rich Howe as a witness at 9:17 A.M. Howe attended Miller Valley Baptist Church for 27 or 28 years and was an Elder when Tom Chantry was the pastor at the church.

Howe discussed the July 4, 1995 incident where Tom Chantry punched 12-year-old Victim 5 in the face, knocking him to the ground. Chantry had only been at the church for a short time and was still in “interim” status. Rich Howe testified that he did not witness the actual punch to the face.

Susan Eazer asked Howe if there were concerns or discussions about Chantry’s behavior. Howe said there was, and they had talked to Tom, but at the end of the day, they decided to forgive Tom and move on.

…C.L. testified that Tom Chantry approached her about tutoring her son.

In September or October of 2000, C.L. picked her son up from the parsonage after a tutoring session with Chantry. Her son had been beaten so bad he could hardly walk. From the top of his buttocks to the bottom of his thighs were purple bruises, welts, and blisters. It looked like he had been struck by a 4-inch wide board. She felt sick and did not know what to do. She called Rich Howe. Rich Howe confronted Chantry. Chantry again denied bare-bottom spanking but did admit spanking the boy.

C.L. left the church shortly after the ARBCA investigation concluded. She regrets not having called the Police.

In a move which surprised me, Defense attorney Sears declined to cross examine C.L.

If I had been Sears, I would have wanted C.L. off the stand ASAP! That was hair-raising testimony.

Chantry’s cousin’s explanation for the boy who got punched in the face by Chantry.

James Altvater is Chantry’s cousin. This comment was left under the Day 7 post. If you ever had any doubts about the lengths people will go to in order to deny that their loved one is an abuser, you now have the best example I have ever read. In fact, I think it will be my* go to* example until the day I stop blogging. If this wasn’t such a sick excuse, I would be hysterically laughing. Sadly, there are people who are so enmeshed in this group that they might actually believe this excuse.

Read the comment carefully. He claims the boy just happened to run into Chantry’s hands!!!!!!!

Anything I could add would be superfluous.