“But in the end it’s only a passing thing, this shadow; even darkness must pass.” ― J.R.R. Tolkien 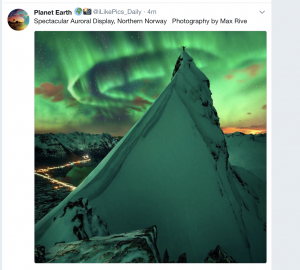 Years ago, Wade Burleson reached out to us as we expressed our concerns about the goings on in the Southern Baptist Convention. At the time, both Deb and I were Baptists. Deb is still hanging on, barely. I have found a new home within a conservative wing of the Lutheran church.

Wade Burleson wrote a book that opened our eyes to the inner workings of the SBC. That book, Hardball Religion: Feeling the Fury of Fundamentalism, which we bought in March 2009, (the month we launched TWW) profoundly affected our lives and the trajectory of this blog. I was reeling from the shock of how my former Baptist church had mishandled a pedophile situation. Yes, the pedophile was finally caught by the police with no help from my church. Yes, he was in jail. But my husband and I, along with our friends, were mistreated because we insisted that the pastors be held accountable for their mismanagement that led to another full year of horrific abuse of teen boys by the Southeastern Baptist Theological Seminary student.

I was stunned. I had had wonderful pastors, like Pete Briscoe, in my life. I was trying to figure out this strange new world that I didn’t understand. Wade opened my eyes. The Deebs flew out to Enid, Oklahoma, to spend a wonderful weekend with Wade and his wife, Rachelle. Wade restored my hope that there were straight shooters in the SBC. He was willing to tell the hard truth, even when it hurt him. And it did.

Wade knows more about the SBC than many of us. He has seen the dirty dealings from the inside. Read the book. Wade has been a consistent supporter of women in positions of leadership. His thoughts on the matter of Paige Patterson and women have not changed for years. I could say a lot, but I think Wade will say it better.

We thank Wade for his kind support over the years even when we disagree on some secondary issues. He’s the best! 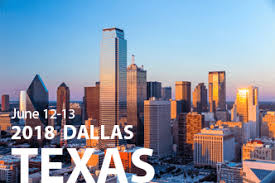 The Southern Baptist Convention is at a crossroads.

We have four weeks to correct our course or the future will be very bleak indeed.

Some are saying that the furor of Dr. Paige Patterson’s words about an abused woman submitting to her abusive husbandis unfair to him. “He didn’t mean it,” they say. “His words have been taken out of context,” claim Patterson loyalists.

No. Dr. Paige Patterson meant exactly what he said.  Actually,  what Dr. Patterson truly believes about women is worse than what’s so far been revealed in this little dust-up about abuse.
Let me show you using Dr. Paige Patterson’s own words while under oath.

In 2006, Dr. Paige Patterson terminated the highly acclaimed and brilliant Hebrew professor, Dr. Sheri Klouda, from the faculty of Southwestern Baptist Theological Seminary in Fort Worth, Texas, because she was a woman.

Let that sink in: Dr. Paige Patterson terminated Dr. Sheri Klouda due to her gender.

But why fire an acclaimed Hebrew scholar because she is female?

Dr. Patterson tells us under oath. The following exchange between attorney Gary Richardson and Dr. Paige Patterson during a deposition gives the reader a gut-wrenching glimpse into Dr. Patterson’s view of women and a possible basis for his view that a woman should submit to her abusive man.

Question (Richardson): Well, I’m interested in whether or not you claim here under oath today, Dr. Patterson, that you mentioned to these two gentlemen (Blaising and Allen) any concern about her (Dr. Klouda) violating the stipulation that she was placed under?

Answer (Patterson): Yes, I did mention it to both of them.

Question (Richardson): And what — what is it you say you said to them?

Answer (Patterson): I don’t recall the exact conversation, of course, but I did say to them that I felt that there was violation taking place perhaps, and furthermore, that I felt that it was inappropriate ecclesiologically for her to be in this position.

Question (Richardson): And what was the violation that you claim here today that you told them that you thought was taking place?

Answer (Patterson): I believe that she was indulging in the exposition of the scripture.

Question (Richardson): Giving her own conclusions?

Dr. Paige Patterson, according to his own words under oath, believed Sheri Klouda, a highly trained and acclaimed Hebrew professor, was “indulging in drawing her own conclusions about the Scriptures.”

Dr. Patterson believes a woman should never draw her own, independent conclusions from the Scriptures and tell a man what she thinks God is saying. This was Dr. Klouda’s crime. Dr. Patterson tells us this under oath.

But It Gets Worse

In his same testimony,  Paige Patterson is asked what he thinks about a society where women are in positions of leadership. I am typing for you the dialogue complete and unedited.

Question (Richardson): Would think in regards to the issue of — of women in the church, that you and Paul Pressler have acted responsibly for the convention?

Answer (Patterson): I certainly hope we have, we’ve done our very best.

Question (Richardson):  And — and I think that you would agree that- that Wade Burleson would feel that he’s done his very best, wouldn’t you?

Answer (Patterson): Yes, he probably does, uh-hu. I’m not judging his heart. That’s only known to God. That’s something he does fairly regularly with regard to me.

Queston (Richardson): In view of time, I’ll try to rush through this, but the third paragraph down it says, There it is. (Wade Burleson writes:) “There is the narrow, biblical interpretation that says it all and causes our convention some serious problems. No woman shall have authority over a man.” Did I read that correctly — correctly?

Queston (Richardson): And he (Wade Burleson) is saying that in his opinion, that you have gone far beyond the prohibition of women pastors?

Answer (Richardson): And, of course, you disagree?

Question (Richardson): “According to Patterson’s rigid and narrow interpretation of the Bible, it is wrong for a woman to serve in any position of authority over a man;” is that an accurate statement?

Answer (Patterson): In the church, yes.

Question (Richardson): How about anywhere else?

Answer (Patterson): Well I don’t take a position about anything else, because the Bible is not crystal clear on it. The Bible does say in the Book of Isaiah, that it is something of an indication of a wicked society when women rule over them.

Throughout the deposition, Patterson made remarks about how society is not following the standards of God’s word, but the church must follow the infallible Word of God when it comes to women not having any authority over men.

That’s why Patterson recently said “a woman should never go to court with marital problems,” problems that may even include physical abuse. Keep quiet. Submit.

One must conclude that in Patterson’s world, an abused woman is better than an indulged woman.

In his 1988 job interview with the Christian Life Commission (now the Ethics and Religious Liberty Commission) Board of Trustees, Richard Land said the following:

“I understand that [women’s ordination] is a problem with many [Southern Baptists] . . . and it is one that we need to be sensitive in addressing. It has been my experience and I hope I’m not being judgmental here, that many people, I suspect, use the women’s ordination issue as an excuse for having attitudes about women that aren’t Christian. I think we have to . . . make it very clear that we affirm the equality of women . . ., and be extremely cautious about extrapolating from two spheres, the home and the church. For instance, I don’t think that anything in the New Testament would prohibit a woman from being a professor or an administrator in any of our seminaries or colleges.”

In the span of 30 years, Dr. Paige Patterson has successfully managed to spread his denigrating view

of women into the Southern Baptist institutions where he possesses leadership.

I have been attempting to warn the Southern Baptist Convention for decades this has been happening.

To Patterson loyalists, Dr. Paige Patterson is a misunderstood man.

No. he’s not. Dr. Patterson is a man who speaks what he believes.

We must confront and remove leaders who propose an unbiblical, anti-Christian, inhumane, God-dishonoring view of women, and cover, hide, and excuse the sexual and physical abuse of women and not wait until society and culture shame us.

Indeed, shame on us.

Beth Moore, I’ve seen male leaders in our Southern Baptist Convention speak and behave shamefully around women. I’ve confronted the men every time I see it. I am grateful for your courage in speaking out about your horrible treatment.

We should have removed Dr. Paige Patterson years ago because Jesus demands humble, servant leadership in His Kingdom. The New Testament which unveils the Good News of the New Covenant of God’s grace in Jesus Christ declares it clearly:

“There is neither Jew nor Gentile, neither slave nor free, nor is there male and female, for you are all one in Christ Jesus.” (Galatians 3:28).

So many lives have been, are being, and will continue to be wrecked by anyone who crosses Dr. Paige Patterson.

Jesus said His Kingdom is ruled by humble servants, regardless of their gender.