"The Christian Brothers were fairly mangled fellows in Navan. Some men speak highly of them. Unfortunately I never saw that. I just remember the brutality. The Paddtbats, the straps that would fly out of the soutane like vipers' tongues, the beatings amidst the prayers – whack!"   -Pierce Brosnan, Actor, on his abuse by religious brothers while a boy at school in Ireland.  link 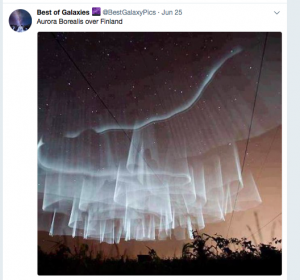 The Deebs thank our good friend, Eric Bonetti, for reporting on this explosive story regarding sex abuse and the Church of England. Eric is a member of The Episcopal Church in the United States of America (ECUSA) and follows what is going on in this denomination very closely. From time to time, he will be reporting on issues that are relevant to the concerns of TWW.

A recent independent report, described as “harrowing,” by Archbishop of Canterbury Justin Welby, has shaken the Church of England. The report, Abuse of Faith, prepared by Dame Moira Gibb, details more than 20 years of sexual abuse of young men and boys by former bishop Peter Ball. Additionally, the report documents a cover-up that reaches the very highest levels of the church, Including former Archbishop of Canterbury Lord Carey, who at the time of the abuse headed the Church of England and served as symbolic head of worldwide Anglican Communion.

Speaking at a news conference, Welby acknowledged that, when confronted with allegations of misconduct against Ball, the Church of England "colluded and concealed rather than seeking to help those who were brave enough to come forward,” adding, “There are no excuses whatsoever for what took place and the systemic abuse of trust perpetrated by Peter Ball over decades."

Describing Ball’s conduct as “shocking,” Gibb went on to say that the matter was compounded by the failure of the Church to respond appropriately to his misconduct, again over a period of many years. Ball's priority was to protect and promote himself and he maligned the abused. The Church colluded with that rather than seeking to help those he had harmed, or assuring itself of the safety of others."

Ball, who served a short prison sentence and was released on probation in February, was described in the report as having, "a well worn 'modus operandi', in which he would target and groom boys and young men. His abuse was charged with religious intensity. The men we interviewed spoke of how he 'exploited the significance, particularly within the Anglo Catholic tradition, of ritual'. For Ball religious rites became 'a mask for abuse, and theology (was) used as a way of justifying abuse'. The evil of what he did was 'compounded by his message that this made the victims more special and more holy'." These “rituals” appear to have included naked prayer and physical abuse, as well as overtly sexual activity.

Perceptions of Power Lead to Abuse

But it wasn’t just religious ritual that gave Ball cover.

Gibb’s report details how Ball allegedly used perceptions of power, both to engage in abuse and to shield himself from church scrutiny. An inveterate name-dropper, Ball worked liked to create the impression that he had a close relationship with the Prince of Wales, even going so far as to assert that Prince Charles had made arrangements for him to rent a home from the Duchy of Cornwall, the prince’s estate. Gibb’s report noted, however, that the home in question was purchased and subsequently leased by the estate in the ordinary course of business, with no intervention on the part of the Royal Family. Thus, by trading on the Queen’s role as Governor of the Church of England, Ball both curried power and effectively insulated himself from accountability.

The report makes clear that many fell under the sway of Ball’s illusory powerful connections. Most damning was evidence in the report that Lord Carey, during his time as Archbishop of Canterbury, both ran interference for Ball, and assisted in his return to power following previous accusations of indecent behavior. Carey is further alleged to have been aware of six additional written complaints about Ball’s sexual misconduct, but did not turn this information over to the police.

“I accept the criticisms made of me. I apologise to the victims of Peter Ball.”

"I believed Peter Ball’s protestations and gave too little credence to the vulnerable young men and boys behind those allegations. I regret that after Peter Ball was cautioned I did not place his name on the Lambeth list.”

The Lambeth list is one of several lists maintained by the Church of England of clergy against whom accusations of misconduct have been made. In most cases, clergy on the list either cannot officiate as priests, or may only serve in a severely limited capacity.

Subsequently, Lord Carey has stepped down from his present, largely honorary position.

While noting that much of the abuse occurred many years ago, and that the Church of England today makes a more concerted effort to protect persons from abuse, the report offered 11 recommendations for protecting against future such incidents. These include: focusing on getting the right support in place for survivors, the leadership of bishops, strengthening guidance, reviewing the Archbishops' Lists and the effectiveness of church disciplinary measures with regards to safeguarding related cases.

Peter Hancock, the bishop in charge of the Church of England’s sexual misconduct prevention program, added:

“For the survivors, it may feel this is all too late.  I am personally aware from my meetings with individual survivors in the course of my work that they live with the effects of this abuse for their whole life. I once again offer them my wholehearted apology.   This Report affirms the direction and steps that we have taken to improve the consistency, robustness and rigour of our practice, but progress has been too slow. It has taken longer than it should have done, but we are absolutely committed to implementing Dame Moira's recommendations and my role as lead bishop is to ensure this happens."

So how did such a shocking situation develop and flourish for so many years? In part, the report acknowledges that the Church of England’s historic attitude towards homosexuality may have played a part, promoting a culture of secrecy around issues that should have been openly discussed.

This author believes that another factor, often alluded to in the report but never fully explored, is the nexus of power and abuse.

In his excellent blog, Surviving Church, retired Church of England priest Stephen Parsons (no relation to Dee) says of the matter,

“What do I take from reading this report? Apart from being reminded how the church seems to care more about its institutional reputation than individual people, I realise how little insight there is about power operating within the church institution. Power exists in many forms in the church. A danger which is potentially acute arises when charismatic power is combined with institutional power. This was the situation for Ball and there was in him enormous scope for destructive behaviour. This blog has at its aim to be sensitive to all expressions of power in the church….There is also the power of charisma, the power of institutional authority and the power assumed by the male of the species over the female.

Within a church all the strands can come together. They are at best untidy but sometimes they form a potentially abusive combination. The people who are best able to tell us how power is operating are not the holders of this power. We need to listen to those who feel bullied, controlled and generally manipulated by the people who use power in the ways we have named above. When we have this fuller insight into the way that church and power coexist, then we may be able to begin to rebuild the institution. We want a church which is life-affirming, encouraging and empowering for all. That sort of church is sadly still a long way off. Reports like the Gibb Report show relatively little insight into the power dynamics in our church on the part of leaders even in the year 2017."

An original copy of Gibb’s report can be accessed in PDF here.